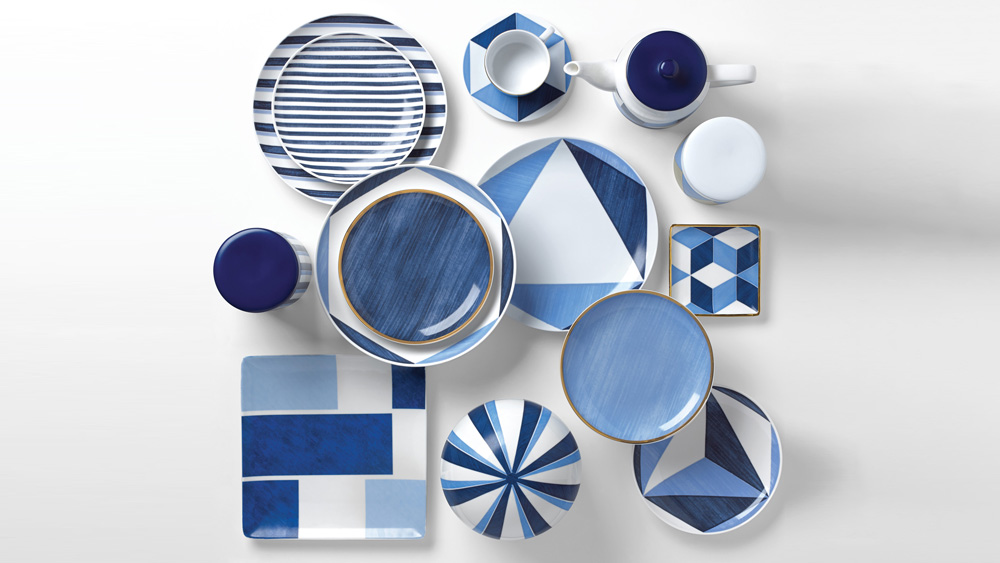 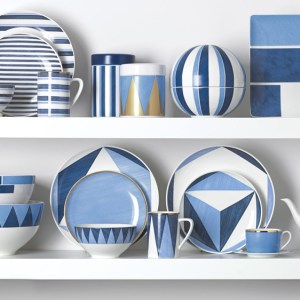 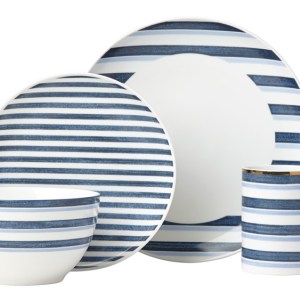 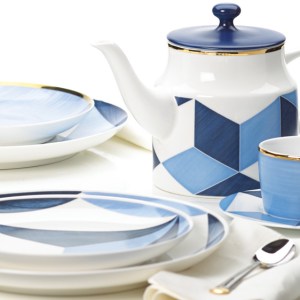 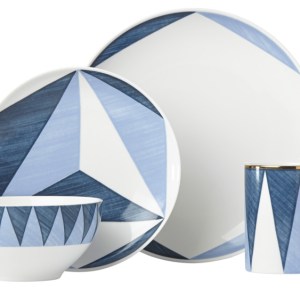 If you drink coffee from a mug emblazoned with an ironic message, perhaps it’s time to reevaluate. Or at the very least, leave it at the office. In Italy, sitting for any meal (or standing in an espresso bar) is considered an event. Plates and bowls reflect that. Architect Luca Andrisani has made a graphic case for dining on something other than white via his new Blue Azzuro collection for Lenox Corporation.

Trying his hand at tabletop for the first time, the New York-based architect was inspired by the blues of the Mediterranean, as well as the decorative pottery and tile traditions of his native Italy. Blue Azzurro is a modern interpretation in three porcelain designs, Acuto, Striato, and Triangoli. The entire line, which features subtle micro-gold accents, is meant to be mixed and matched at will.

If permission to have several patterns on the table feels liberating and entirely too radical, rest assured Andrisani knows what he’s doing. Not only has he worked at leading studios like Herzog & De Meuron and Peter Marino, but his own interior design projects favor a cool, casual look that takes an essentials-first approach. Lenox is no newcomer either. The tabletop and accessories brand has been established for more than 125 years, turning out collections with designers like Kate Spade New York, not to mention being the first American dinnerware line used at the White House.

While most tabletop feels indulgently formal (is that a bad thing?), Andrisani is interested in giving the mania of daily life stylish underpinnings. Blue Azzurro has the architect’s eye for form and discipline, but it’s tempered, he says, “the intentional smudges and brush strokes seen throughout the collection are intended to give each piece a hand-crafted quality like the coveted pottery produced in Vietri Sul Mare, a town near Salerno, Italy.” Which means there is little risk of setting a bad table, or pouring an ugly cup of coffee.

Blue Azzurro will be available for purchase in February through Lenox.