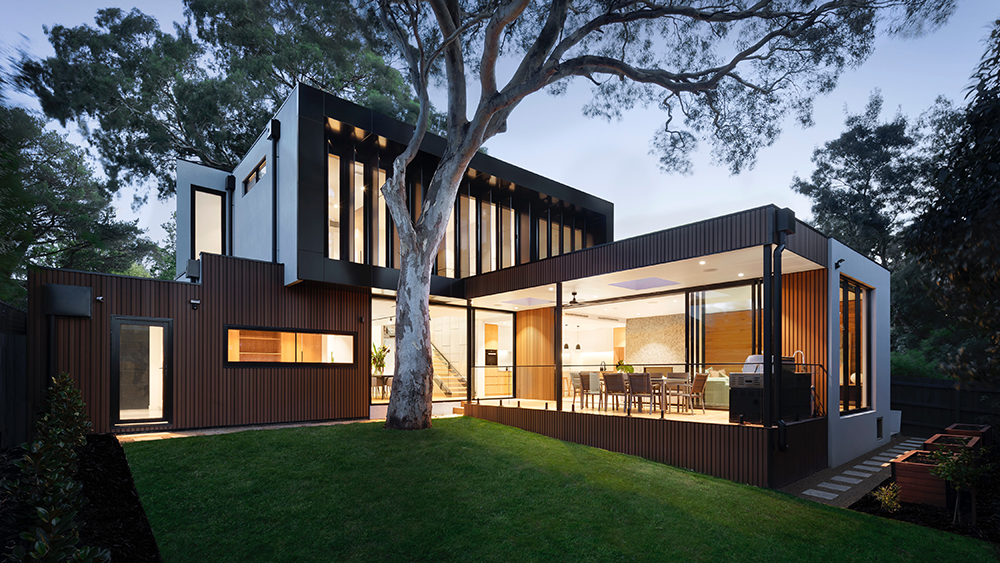 It was always the same excuse every time the holidays heaved into view.  She told her family, apologetically, that she couldn’t host their get together, even though her beachfront estate in LA was the largest of any of the family’s homes. Renovations again, she shrugged, mentioning the contractors who were working on something vital—the dining room over Thanksgiving, for instance. No matter what, there was always a reason to avoid her relatives stopping by. It was no accident, of course: She was avoiding her family, as she admitted to her therapist, LA-based Dr. Judy Ho. Growing up, she confided, her home life had been fractious; recent political divides had only worsened the tensions. “It was a passive-aggressive, expensive way not to have your family come round for the holidays,” Ho recalls, “So I just told her: Why don’t you confront your family about why you don’t want them there?” (So far, the client has dodged that difficult chat.) The elusive hostess isn’t alone in suffering from a distinctly contemporary condition. Call it Big House, Small Welcome Syndrome, or BHSWS for short.

The size of US homes is among the largest in the developed world—at least 800 square feet larger, on average, than all other comparable nations. Americans tie with Australians, Canadians and New Zealanders as having the most rooms per household occupant, according to the Organization for Economic Co-Operation and Development. But it wasn’t always so. By one estimate, an American in 2021 enjoys 211 percent more living space than US residents in the 1910s. Such spacious homes, it seems, would be primed for entertaining, another American past-time: Think dinner parties, galas and summertime BBQs. In fact, even as living spaces have swelled, our openness to outsiders has gone in the opposite direction—contracting, especially among the wealthiest Americans.

Nothing embodies that more than the doorbell, which LA-based interior designer Sarah Barnard says she’s often asked to omit from any entrance way or gate at the luxury homes that are her specialty. “Owners figure that if you’re meant to be there, you can ring them on the phone from the porch, and if you’re not meant to be there? You can find your way out,” she tells Robb Report. Barnard just worked on a 12,500-square-foot house for a long-married couple, who were explicit in their outsider-shunning brief. “They requested that the home be furnished with only chairs to discourage lengthy visitations. They didn’t see the use in sofas.” She tried to persuade them to soften the stance—sofas help visually anchor a room, Barnard pleaded, so that other elements don’t seem to float in space—but the couple remained firm. “They didn’t want to sit next to any visitors, and it’s unlikely they wanted to sit next to each other, either,” she chuckles.

Other deliberately discouraging design elements include long driveways and poor lighting in public areas—too bright, in particular, to suggest a vibe that’s more hospital than hospitality. Outdoor areas without shading keep guests off the patio, too, and so stop them from staying past their welcome. Today’s huge homes today might even be constructed to skew against entertaining, according to home stager Bret Sundberg, design director of Guest House. She was just presented with a four-bedroom house in Boulder, Colorado—goose its sale, please, begged the owners. It was built just two years ago, with an enormous upstairs—with walk-in closets in every bedroom and plentiful en-suite bathrooms. The main level, though, was cramped in comparison. “There was no room for them to enjoy each other’s company, and there was barely enough room in the dining room for a six-person table.” Given that the home was built to sleep eight, it was at best a strange oversight—or perhaps just a way to keep the guest rooms guest-free.

Charleston-based designer Emilie Dulles agrees that the dining table is the quickest way to assess a home’s openness to outsiders. She runs Dulles Designs, and the wealthy residents of Palm Beach and Washington, D.C. are her core clients. “If you have a large dining room that seats up to 48 people, life will fill it up. If your kitchen table only seats two, or three, or four people, that’s all who will be staying for dinner,” she says, “One family we know stores their large and elegant antique dining table in the basement. It only comes out during the holidays when a few friends and family stay for a few days. The rest of the year, the subtle message is ‘no, thank you.’”

What has caused this widespread breakout of BHSWS? The pandemic, of course, has exacerbated the notion of home as equal parts fortune and refuge, per Judy Ho. “Some of my higher net worth clients have deliberately moved to bigger houses farther away from everybody for that reason—they don’t want anybody visiting. I have a couple who owned a 6,000-square-foot home in LA and just moved to a five-acre place in Simi Valley. They might be an hour and half, maybe, from downtown LA and it’s furnished very sparsely.” Money is another factor, of course: Luxury property is as much as investment as a home, acting as an implicit reassurance of wealth to its owner, Ho adds. “Every day you walk into a big house, it can make you feel good about yourself—it’s quite literally the biggest trophy you can earn.” For some, too, it’s a self-regarding gesture. “A certain kind of person couldn’t care less about hospitality—it’s about being admired from afar, wanting to be put on a pedestal,” she says. The doctor astutely points out that being a host, by definition, puts in you a position of service—you’re taking care of others. “There are narcissistic personality types who really don’t want to do that,” she says.

Interior designer Sarah Barnard says that the rise of BHSWS is also driven by a shift in how we view, and use, our houses. The children of well-to-do families will often have a suite of rooms—a bedroom, study and playroom—which their parents might envy. As a result, grownups have begun to reconfigure the rest of the house for their use: Spare bedrooms are just wasted space. Square footage is dragooned into serving the needs of its occupants, rather than occasional visitors. “Let’s say the lady of the house is interested in gardening, ballet, vegan cooking and pilates—some of those activities might have overlapping spaces, but they will function best with a dedicated area,” Barnard says, “And if their spouse doesn’t share those interests, they’ll need an entirely different suite of rooms themselves. People want to maximize the use of their space in a daily way.”  Emilie Dulles has a different theory. Some of her clients are secretive about their living quarters for security reasons, especially in Washington, D.C.—better to entertain at the embassy than at home. “But sadly, some uber-wealthy families hate each other,” she laughs, “They can afford large homes with plenty of halls and rooms and spaces between each other.”

Fortunately, as Judy Ho explains, some cases of BHSWS are only temporary. She has a client who’s a successful, well-known actress who recently divorced her husband, also a working actor. Childless, they had never invested in a large home, preferring instead to buy pieds-à-terre in different cities while they traveled. As soon as the split was finalized, Ho continues, her client splurged more than $20 million on an enormous mansion, her first major property purchase. That was a year ago. “And she has literally not entertained, not even a single person since she bought it.” Of course, the pandemic curtailed social gadflying, but Ho says there’s more to her reclusiveness; only the actress’s parents, and her staff, have ever crossed the threshold. “She’s pretty broken up about the divorce, and she doesn’t want to let anyone in while she’s healing. . .She’s building a physical fortress around herself as an emotional boundary.” Ho is hopeful that their work together might ease this client’s acute BHSWS. “If she starts letting people into her home, trusting them enough to come into her private sanctuary? It will be a real sign of healing.”