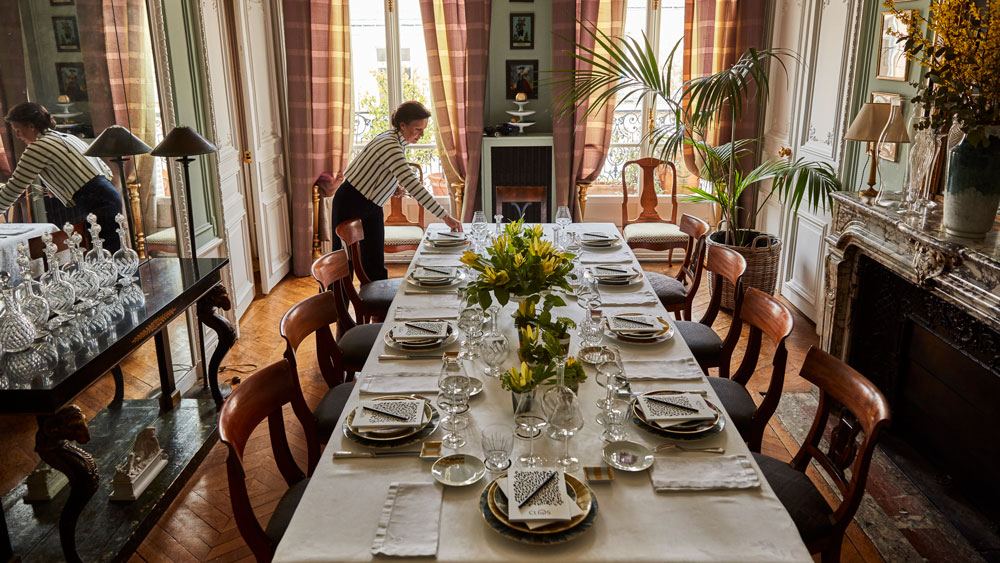 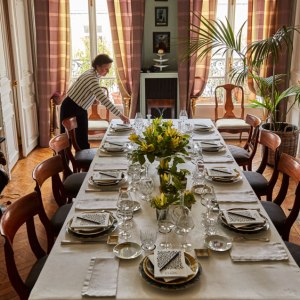 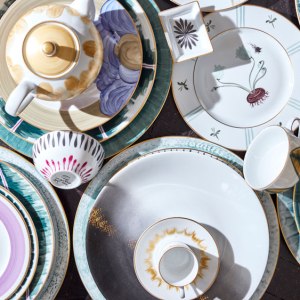 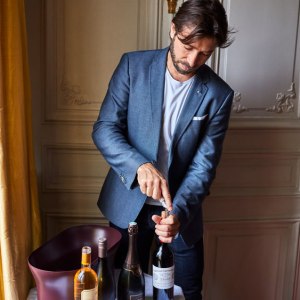 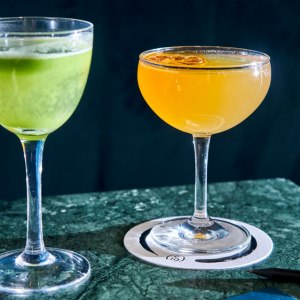 The Limoges was everywhere. At a private lunch at the Paris studio of the acclaimed porcelain artist Marie Daâge, before accepting a glass of rare Krug Champagne in the great room, I caught a glimpse of where we would be dining. Nothing trendy. At first look, it was a lovely table with rows of crystal and layers of porcelain. The curtains were thrown open, and sunlight poured through tall windows, adding to the ambience.

This Parisian simplicity and elegance was soothing. The visuals were the epitome of classique style. But as I would soon learn, when it comes to French hosting, the diable is in the details.

Just as a stranger can exude an allure that you can’t exactly explain, serious party planners the world over study the subtleties of French entertaining, trying to put their finger on what makes it so special. Global respect for French traditions has even been recognized by UNESCO, which includes the French gastronomic meal in its list of the world’s “intangible cultural heritage.” Intangible yes, but is it teachable?

That question inspired Stéphanie Watine Arnault, niece of the LVMH chairman and CEO, Bernard Arnault, to found Clos19. The company offers exclusive, private, and tailored cultural immersions like the one that has brought me to lunch at Daâge’s studio: L’Art de Vivre, an elaborate five-day experience for the advanced host who wants to do more than wow with interesting side dishes. The Clos19 client is studied, dedicated, and willing to travel to Paris for a deep dive into hosting from a French perspective, she says.

This was more than a few elegant pointers on how to assemble a cheese plate. “From the lesson in traditional table setting and French etiquette to the dinner in the private apartment of a Michelin-starred chef, it aims to inspire, educate, and of course ultimately be thoroughly enjoyable and memorable,” says Watine Arnault.

As we sat down at Daâge’s table, I was attuned to the series of beautiful elements that conspired to make the occasion. The table settings were a good start: Her dinnerware, sourced from a small workshop in Limoges, is entirely bespoke and the only all hand-painted Limoges still being made. Gorgeous plant centerpieces, also in hand-painted Limoges, complemented the small porcelain trays holding our name cards, while stacks of exquisite earth-toned Limoges with accents of gold made up each place setting.

Lunch was served in the classic French manner, with everyone moving into the dining room together after the apéro cocktail hour. On a French table, the heavy flatware is positioned facedown (the opposite of how we do it in the United States), revealing any family crests on the back of forks. And the food was served Franco-family style, with a server walking around the table with a huge tray as each guest took as much (or as little; this is Paris after all) as he or she liked. The celebrated sommelier Dominique Laporte selected the wines, from the 2004 Krug aperitif to a brilliant Château d’Yquem that sealed the dessert course.

From Daâge’s space, we headed to the Parisian hot spot Danico, a bar inside the Italian restaurant Daroco in the former boutique and atelier of designer Jean Paul Gaultier. Our patient mixologist, head bartender Thibault Méquignon, helped us make three holiday-party-worthy drinks that were celebratory conversation starters: the Anthemis Noble, a double-strained Cognac cocktail topped with Champagne; Go Green, a green-tea-infused vodka made with kale juice and quinoa orgeat; and a Red Shadow mocktail—made by swizzling beet and pomegranate juice, balsamic vinegar, and soda water—topped with mint.

That last one made an impression: It’s rare to see a mocktail that’s treated with the same care as an alcoholic beverage on the menu. After time behind the bar, Méquignon joined us and made a strong case for creating homemade syrups to truly embrace the evening and the art of hosting. He also advised having signature cocktails at your party—well-guided inspiration for all of us to push beyond typical, on-the-rocks standbys (but have those on hand, too, for the stalwarts).

French hosts are highly attuned to the guest experience; they think carefully about the ways that aroma, appearance, and even nostalgia build memories around food. The effect is very real. Recalling the private dinner in the home of L’Arôme head chef Thomas Boullault, who at only 28 was awarded a Michelin star, my mouth still waters thinking about his warm and creamy croque-monsieur, delicately cut into bite-sized pieces to be served as hors d’oeuvres. The recipe was his family’s, perfected over many years. He enjoys making French classics as much as he does the haute cuisine at L’Arôme. The Clos19 experts urged us to connect the food we serve with a personal story, rather than sweat over what the “perfect” menu should include.

“The French have an aptitude for bringing people together around food and wine, a skill that has been perfected over many centuries and one that I want to encourage,” says Watine Arnault. “French culture and the appreciation for gastronomy has been inspiring many cultures for years. In France, sharing a meal with friends and family is a ritual that has a precise order—how you dress the table, place the wine and water glasses down, to what order you serve the various courses, it is all part of the fun.” She then reminded us that Julia Child once deemed cooking a national sport of France.

Making macarons and choux à la crème in the storied École Ritz Escoffier at the Place Vendôme’s Ritz Paris hotel was both fascinating and demoralizing. The French take such care in making those light sweets scream of delicate, airy perfection—a skill not easily mastered—that I was surprised to learn that, while all food around the holidays should be made from scratch to add an extra layer of care and meaning, the traditional bûches de Nöel and after-dinner marrons glacées are the one place where you might get a pass for “cheating” and buying what a pastry shop might sell. Another refreshingly grounded bit of intel: This elegant culture has a custom of bringing chocolates, not wine, to a party. It’s not only a huge relief for guests, but it’s practical, since the chocolate can be served with after-dinner coffee, adding that final layer of meaning, generosity, and conviviality that honors both the party’s hosts and its guests.