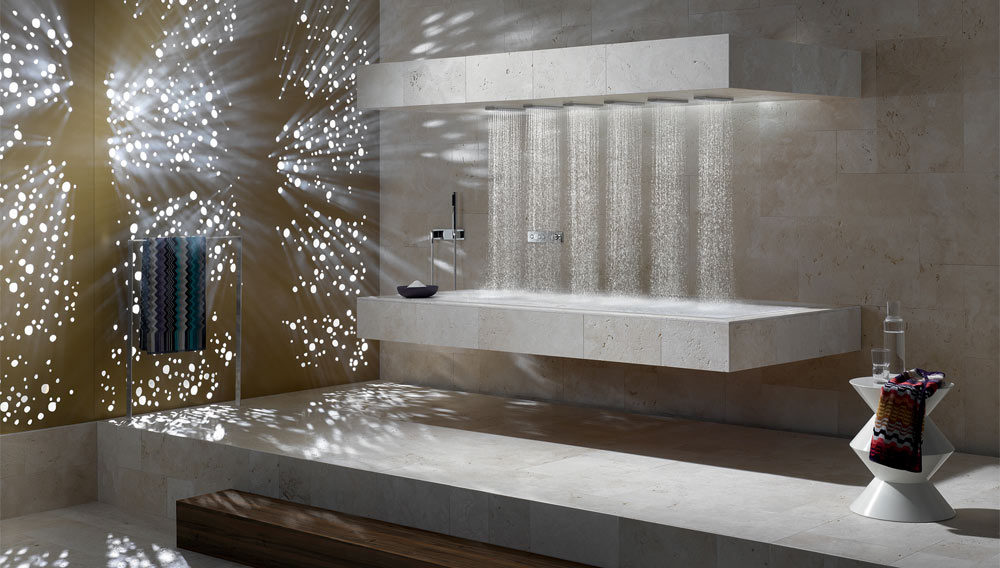 Users of Dornbracht’s fittings for the bath can now take their showers lying down. Released this summer in the States, the company’s Horizontal Shower—a follow-up to its Vertical Shower of 2011—features a large heated platform upon which the user lies down while six showerheads recessed in a horizontal array above the platform spray water downward. The system, which ranges in price from $44,000 to $50,000 without installation, incorporates the 60-year-old company’s new Ambiance Tuning Technique. The technology allows the user to select from various settings to program for water temperature and pressure. A small wall-mounted panel near the showering platform controls the settings.