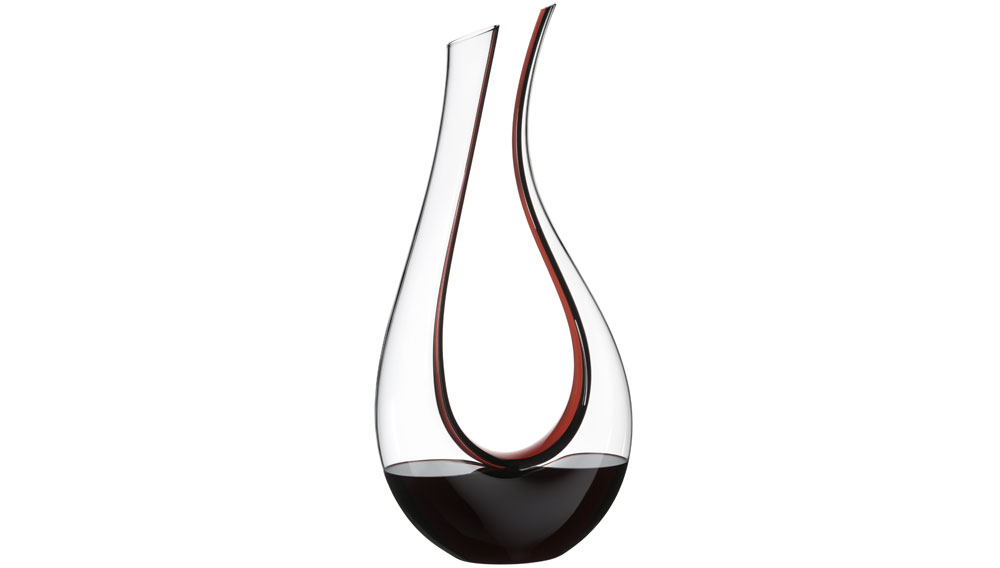 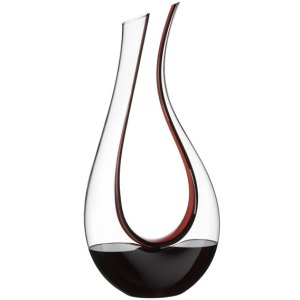 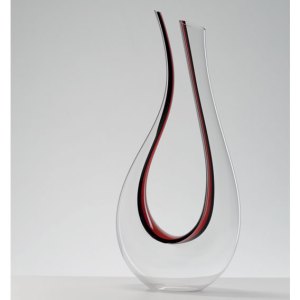 The Austrian crystal and glassware manufacturer Riedel has released its largest and most expensive decanter to date, just in time for the holiday season. Now in stores, the Amadeo Double Magnum stands more than 2 feet tall and is designed specifically for 3-liter bottles of wine. The lyre-like design maximizes surface-to-air space, aerating the wine through a large bowl at the base of the vessel with two openings on either side—the larger one is for receiving wine, while the smaller spout is intended for pouring wine into glasses. It takes three artisans several days to mouth-blow each example without the help of any molds, incorporating three bold stripes of the Austrian brand’s signature red and black colors. The $1,990 decanter will be limited to 100 examples each year and is a play on Riedel’s popular Amadeo decanter, which was first released in 2006 to celebrate the brand’s 250th anniversary and Wolfgang Amadeus Mozart, who was born the same year Riedel was founded in Bohemia. (riedelusa.net)