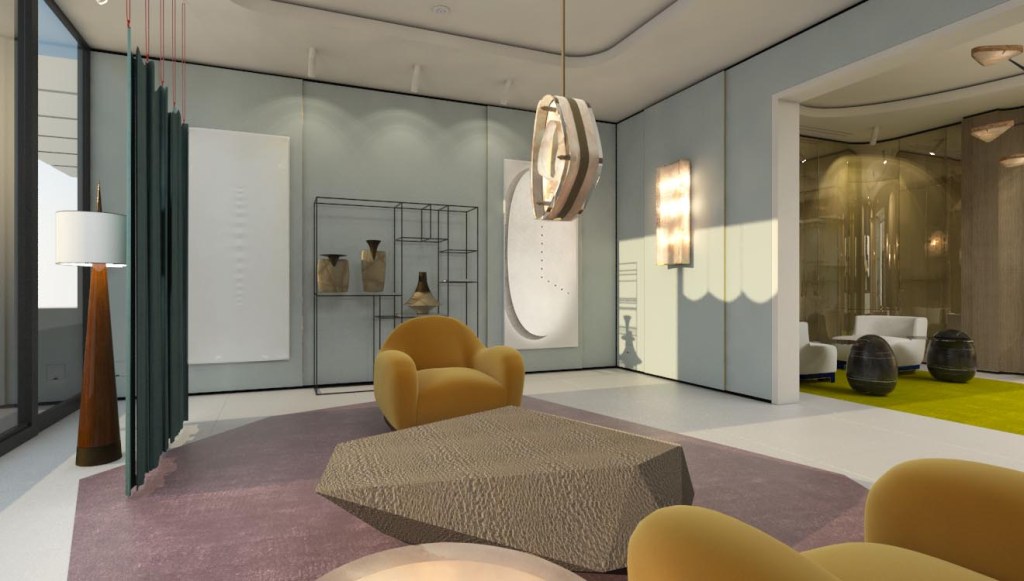 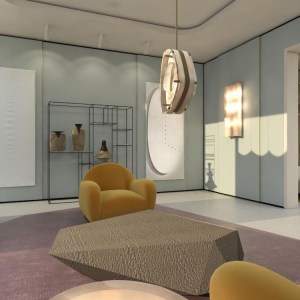 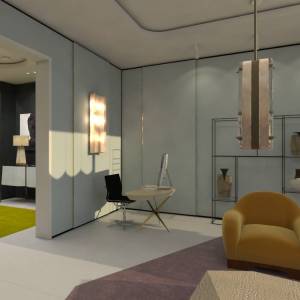 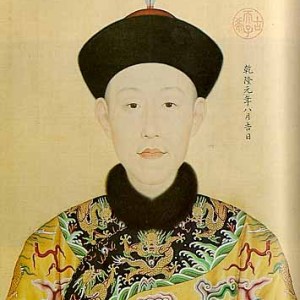 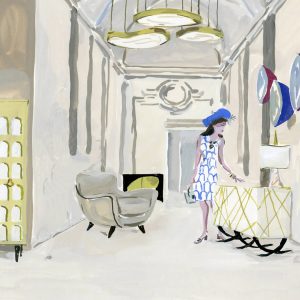 Departing from the sumptuous grandeur and darker tones of Ancient Rome, Achille Salvagni’s summer collection transports us to a more contemporary ‘cocktail party’ setting, combining the iconic lines and shapes of 1930s Italian design with a striking colour palette inspired by Qing dynasty ceremonial dress. Adorned in deep yellows, dusty roses and luminous creams, with touches of Capri blue, celadon and jades, the Achille Salvagni’s newest collection brings together a set of rich and varied textures, from delicate wools and silks to polished woods and smooth mineral stones. The front room of the Atelier features two new eye-catching armchairs, Tato, named after Guglielmo Sansoni Tato, a prolific artist of the Futurist movement and protagonist of ‘aeropainting.’ The design of the chairs references Art Deco, whilst also revealing a nod to 1930s industrial design. The central multifaceted coffee table Pietra is a magnified version of Salvagni’s classic Emerald table but is here rendered in stained lacewood. In the same room a set of Angel sconces, a classic example of Salvagni’s popular onyx wall lights, are shown in London for the first time.

Of particular interest are two extraordinary sets of doors by Italian artists Enrico Castellani and Lucio Fontana. These are prototype examples of their respective designs that were never realised commercially, hence their extreme rarity. In the second room, against the elegant Alpacca wall, sit two small Vittoria Chairs, accompanied by egg-shaped Cosmedin Side Tables made of Breccia Imperiale Stazzema and Calacatta Pavonazetto marbles and bronze. The bronze relief tabletops were cast from clay impressions of the fine Cosmatesque mosaic floor of Santa Maria in Cosmedin in Rome dating back to the 8th Century. Salvagni’s classic Antinoo Cabinet returns this summer, sheathed in a soulful celadon parchment,whilst the Spider Jewel Chandelier makes its London debut. Taking centre stage is the magnificent Nerone Cocktail Cabinet in parchment of shades of beige and natural tones and lined in black Sahara Noir marble. Emperor Nerone was seen as a demi-god who ruled with a cruel iron-fist, hence the use of black marble as a reference to his dark soul. He died from a stab wound to the heart and this fatal ending is captured in the use of red lacquer on the central handle. A number of exquisite pieces from Salvagni’s Aldus Collection complete this panorama. Amongst them are Disio and Perseo, two beautiful vases in parchment and cast bronze with a burnished finish, and Eracle with its corroded top, all especially created for the summer collection.

The exhibition runs from May 25 to August 27, 2016, at 12 Grafton Street, Mayfair, London. For more information, please visit http://www.achillesalvagni.com.

Achille Salvagni was born in Rome in 1970, where he trained as an architect and gained membership to the National Registered Architects Association of Rome in 1999. He travelled widely in his early architectural career, working at the Royal Institute of Technology in Stockholm, Finland and England. In 2000, he established his own architectural and interior design practice, which became Salvagni Architetti in 2002, a firm dedicated to projects for private residences, luxury apartments and yachts. Achille Salvagni established the Atelier for his bespoke furniture in 2013, and its huge success in Rome and New York prompted him to open his Atelier in Mayfair this autumn. A major addition to the district’s burgeoning art and design landscape, the Atelier is the flagship for the collection of Italian designer Achille Salvagni. Salvagni has been listed in the AD Collector 2015 special design issue as one of the 100 best designers of the year and has also been included in the Elle Decor USA A-list for the year 2015. His yacht interiors have generated particular critical acclaim and have been awarded prizes at the World Superyacht Awards in 2012, the Show Boats Design Award in 2012 and the World Yacht Trophy, Cannes, 2014.