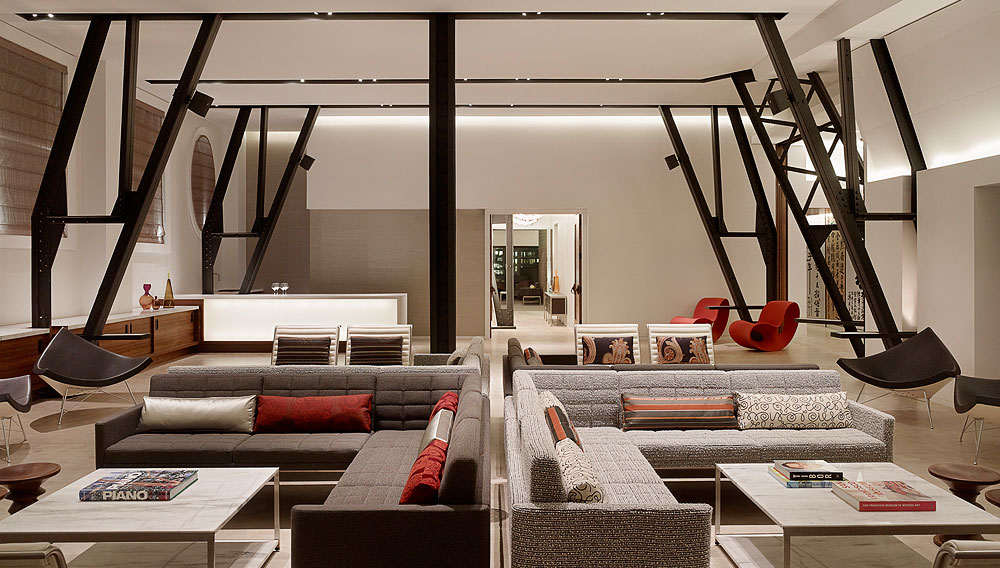 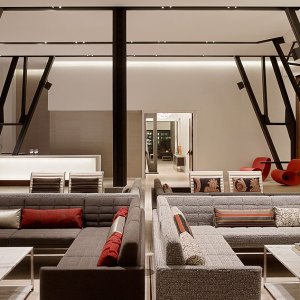 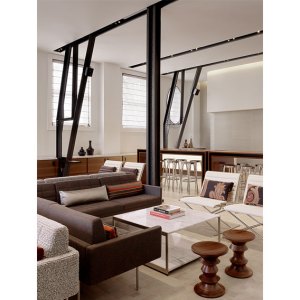 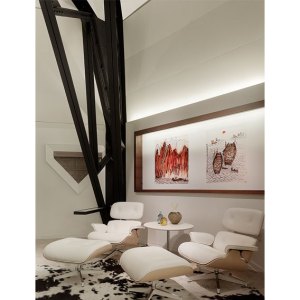 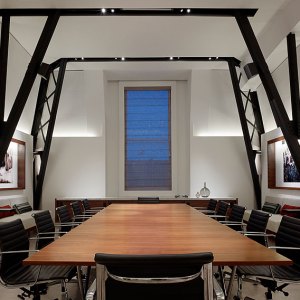 Those seeking a design-worthy venue on the West Coast for an important business meeting or social event may wish to investigate One Kearny Club. Located at the intersection of San Francisco’s Geary and Market Streets, near the Financial District and Union Square, the 4,000-square-foot, 11th-floor space offers striking views of the city from its expansive terrace.

Throughout the venue—which spans two architecturally significant 20th-century structures and a 21st-century addition—contemporary elegance complements the modern conveniences. Douglas fir floors, retractable glass walls, and reconfigurable modern furnishings from Herman Miller grace the lounges and the 40-person boardroom. When reserved in its entirety, One Kearny Club can accommodate as many as 300 people, and a commercial kitchen, audio and video equipment, different lighting schemes, and Wi-Fi are among the amenities. Rates range from $1,000 to $5,000 for a four-hour block of time.

The architecture firm Page & Turnbull, which has offices in San Francisco, Los Angeles, and Sacramento, Calif., finished One Kearny Club last year. The space works well within the context of its three structures’ original styles, including the French Renaissance Revival style of the former bank building from 1902. One of Page & Turnbull’s changes involved revealing the original steel trusses, which, along with the mansard-style roof, pay tribute to the structure’s beginnings.