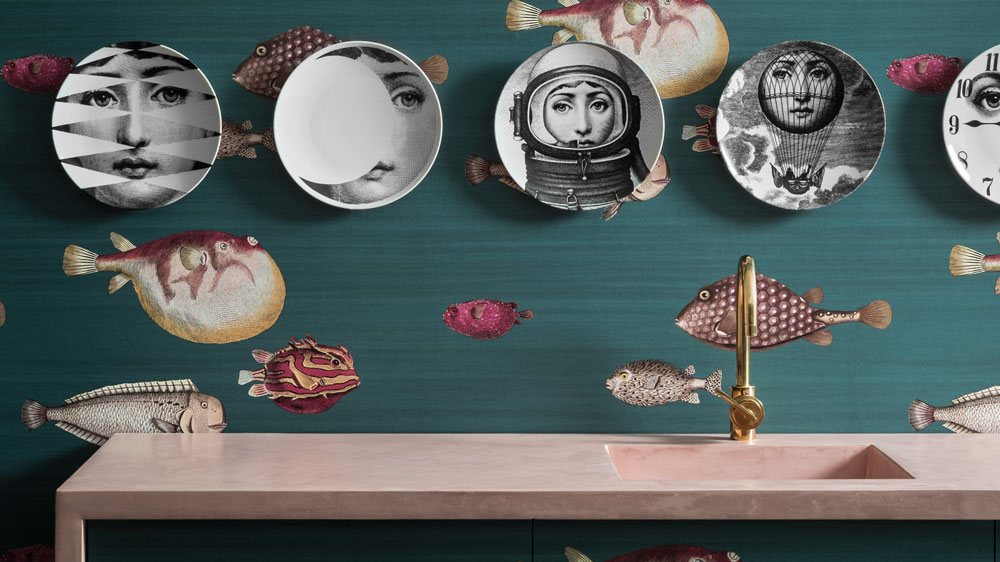 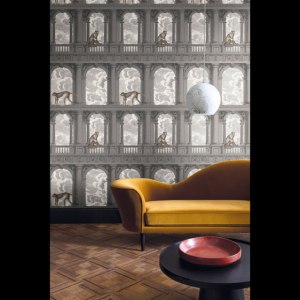 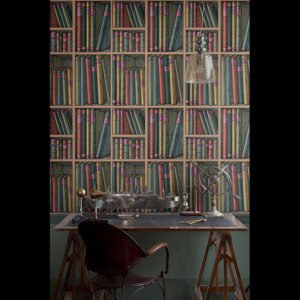 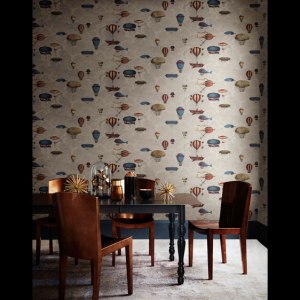 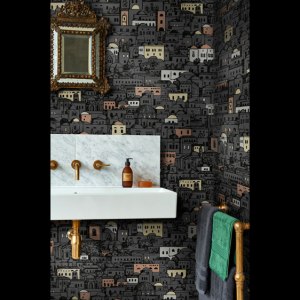 Two of the most celebrated names in the decorative world—Cole & Son and Fornasetti—have reunited, and it looks so good.

The British brand and Italian studio have just completed their third wallpaper collection which is heading to the US this fall, courtesy of luxury New York to-the-trade showroom Lee Jofa.

Putting it plainly, this is not a collection for the minimalist. (To be fair, neither is wallpaper.) Here you’ll find a range of options for lovers of color, pattern, and history—and it’s best for those who like a little corner-smile humor treating their walls. The capsule collection features 12 designs, flaunting everything from fish to flying machines. If an artistic treasure hunt of hidden keys in a dense cluster of autumnal leaves, or the thought of mischievous monkeys darting around the hallway sounds good, you have come the right place.

Piero Fornessati’s surrealistic style—an exuberant, graphic look he brought to furniture, interiors, and accessories starting in the 1950s—is one of the most identifiable aesthetics of the 20th century. You could say that the late Milanese master was a bit of a fanboy; his famously black-and-white Themes & Variations series found a spectacular muse in Italian opera star Lina Cavalieri. He translated her face onto plates, glasses, paperweights and objects in more than 300 versions.

Cole & Son has its own place of prominence in the design world. Founded in 1875, the artisan company is revered for its early hand-block printed papers—a few of which have taken up residence in Buckingham Palace and the Houses of Parliament. By the 1940s, the brand made an enterprising leap becoming one of the first screen print studios in Europe.

Collaborating on this third installment, both companies deal in their highly illustrated histories. Fornasetti’s original works get the Cole & Son treatment, with an updated palette and attitude. The realistic-looking Ex-Libris is a trompe l’oeil library scene rendered in earthy greens and bright saffron.  There is Malachite, a smoky take on semi-precious stones, and Mediterranea, a spunky, sprawling cityscape that feels like the attractive, vintage-inspired version of your past dolce vita.

Theater scenes, scaled-down Fornasetti murals, and fantastical hot air balloons populate the series. It’s enough to add some kick to the powder room, or the entire house—no judgements. This graphic line lands on our shores in mere weeks.