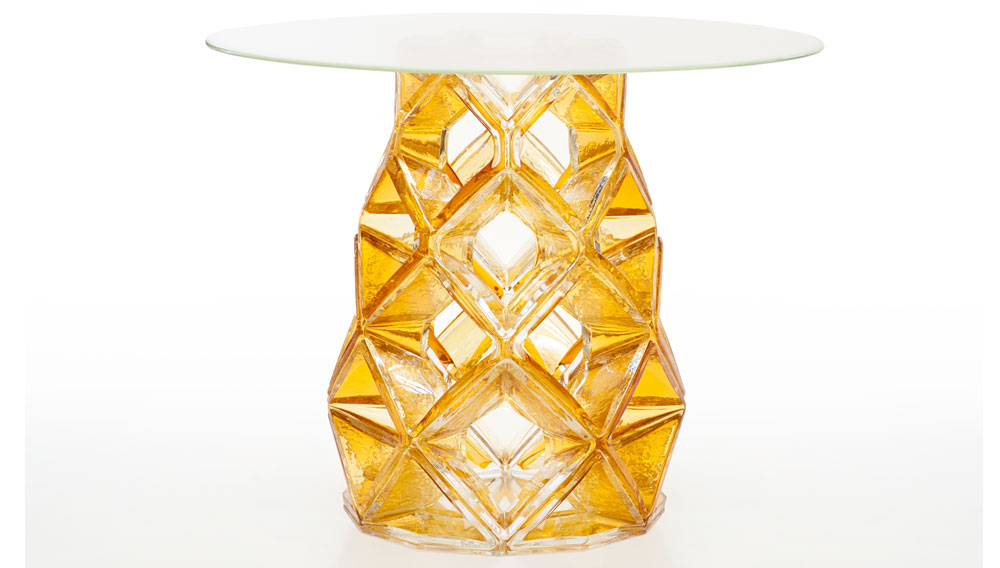 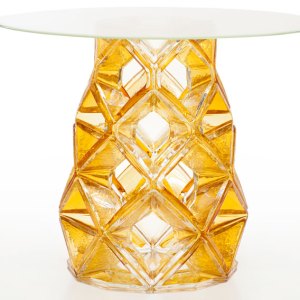 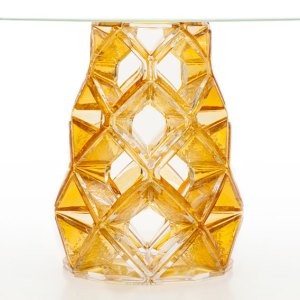 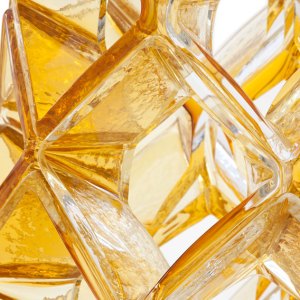 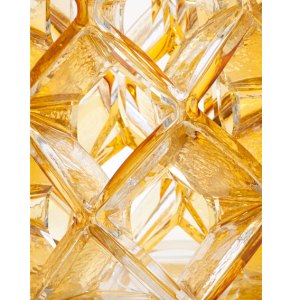 Lasvit, a Czech company dedicated to reviving the legendary art of fine Bohemian glass, has commissioned designer Michael Young to create the Homune table. Bohemian glass has been produced since the 13th century in what is now the Czech Republic. Its superior potash content made it more coveted by emperors and kings than Murano glass. Working with this legendary material, Young developed an entirely new glass technology to produce Homune: Amber-colored glass is blown into six differently shaped molds to produce six pieces of each shape, which are assembled into the table base. Only eight of each of three table sizes, ranging from about 24 to 48 inches, will be made. They are priced between $22,600 and $46,000. (855. 352.7848, www.lasvit.com)