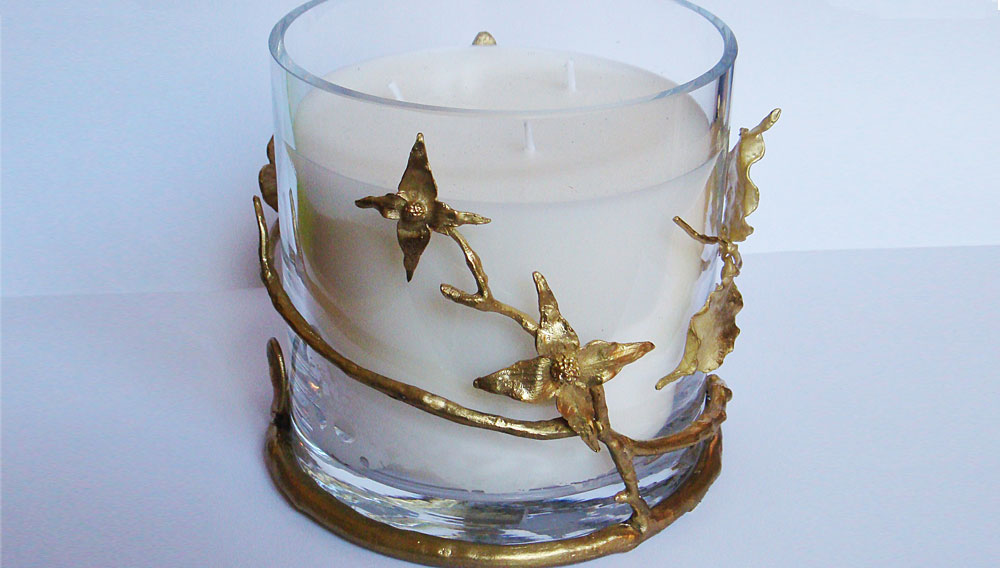 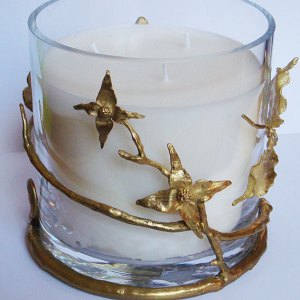 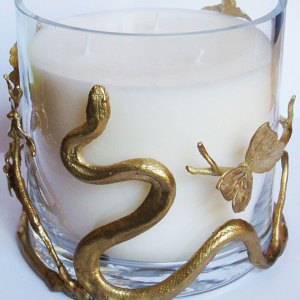 Claude Lalanne, the female half of the famous artist-designer duo François-Xavier and Claude Lalanne, has just released the first works to come out of their famed studio in Ury, France, since the death of François-Xavier in 2008. The Lalannes became famous in the mid-20th century for surrealist sculpture that doubled as furniture: a bird-shaped bed, sheep sculptures that doubled as seating, a life-size rhino whose belly opened to reveal a desk. Collected by style glitterati the world over (Yves Saint Laurent, Hubert de Givenchy, Karl Lagerfeld, John Galliano, and Peter Marino, to name a few), their work became highly collectible. A pair of Lalanne bronze monkeys sold at Los Angeles Modern Auctions for a record $199,062.50 just last May. The new works—produced in a limited edition of 700 and represented exclusively in the U.S. by Maison Gérard in New York—are delicate gilt bronze candleholders sporting art nouveau–inspired snake, butterfly, and leaf designs. They hold a honeysuckle-scented candle developed by the Parisian fragrance company Quintessence with Madame Lalanne and will sell for $4,800 each. “Despite her age [86], her work continues to be as creative and spontaneous as ever,” says Gerard Widdershoven, Maison Gérard’s owner. (212.674.7611, www.maisongerard.com)