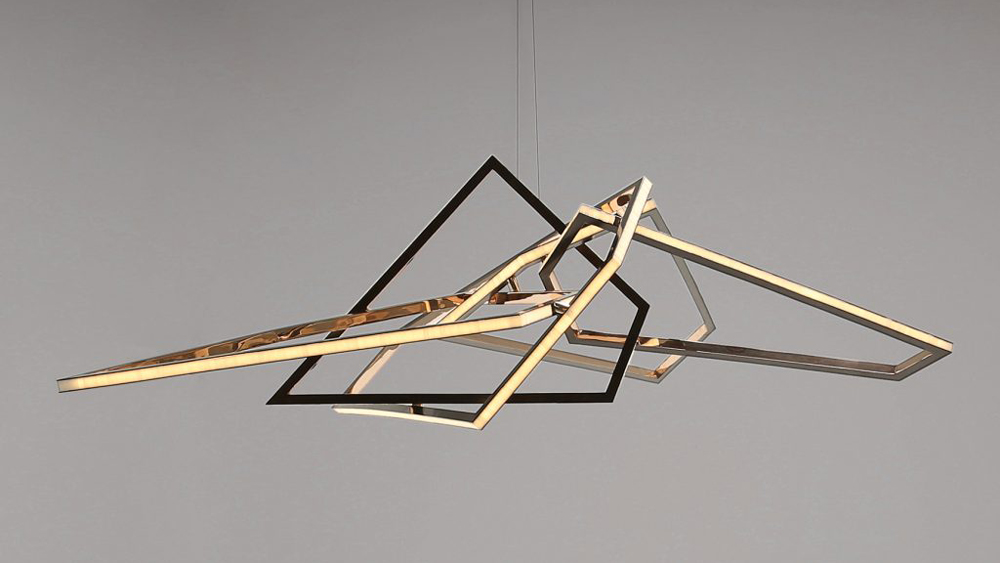 Photo: Courtesy of the artist and Maison Gerard

When it comes to contemporary lighting design, one name that seems to be on everyone’s mind these days is Dublin-based visionary Niamh Barry, whose massive welded bronze LED-fueled site-specific commissions have graced such spaces as the headquarters of the Central Bank of Ireland. Robb Report caught up with Barry during her recent visit to New York to talk about the intersection of art and pyromania, the sheer physicality of the creative process, and her latest project for noted design gallery Maison Gerard, which will make its debut at Salon Art+Design later this fall.

Barry—a self-confessed pyromaniac who picked up her first welding torch in 1991—produces some 30 unique pieces a year. Each of those is the product of many hours of arduous metal-working, such as welding, annealing, quenching, and hammering. The latter, says Barry, is by far the most aggressive and physically demanding aspect of the creative process. “I can only hammer one or two hours a day.” Many of her works are luminous, edge-lit halo-like creations that appear to float in thin air. The LED bulbs within throw off a light that glows at 2,700 Kelvin, the color of natural fire, which has been concealed by hundreds of hand-cut, hand-polished pieces of glass. “My goal is to create pieces that emit a primal light that we are drawn to.”

The current work in progress, she says, marks a bit of a departure from past work. “As this was my first collaboration with Benoist Drut of Maison Gerard, I wanted to create something new, something special, something that really pushed the work in terms of my design concept.”

Barry adds: “While the piece for Salon is quite recognizable as one of my own, where it differs from my earlier works is in the detailing and in the finishing. I have actually started working with a heavier bronze and there is now a pronounced curvature of the bronze face, which I have not done before. I have also fused the join points of the rings so you cannot really see where one line ends and the other begins so that the whole piece will read as a continuum, which is something else that I have not done before. The whole thing will have a much more organic feel.”

When finished, the piece, which is some 8 feet in length, will have taken more than 600 hours to make. It can be yours for a price somewhat north of $120,000.