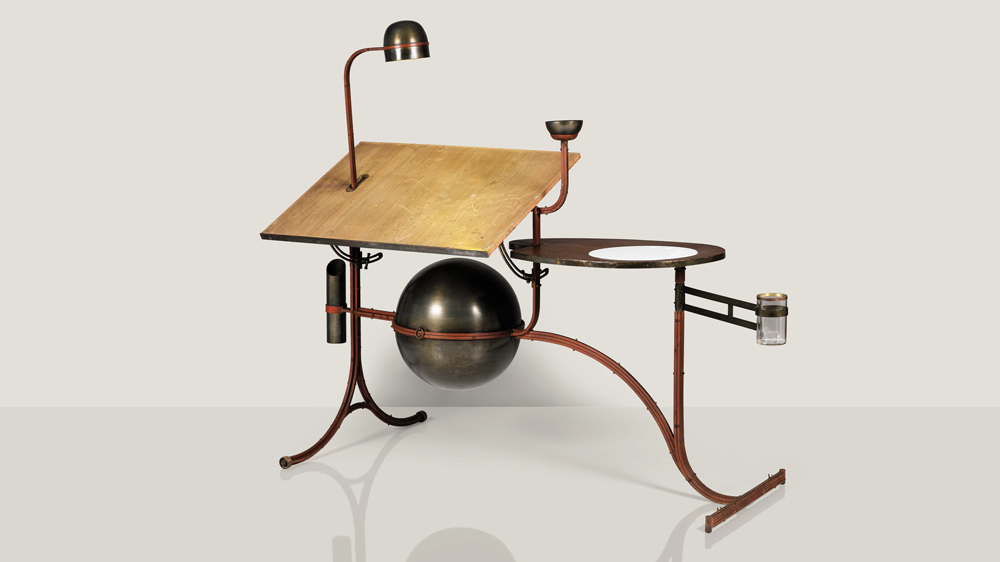 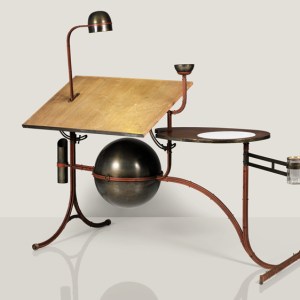 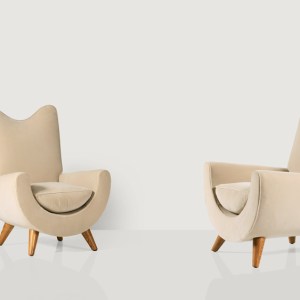 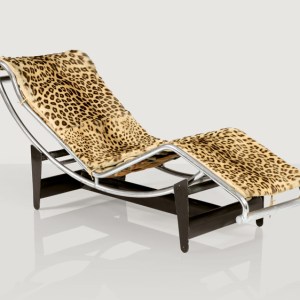 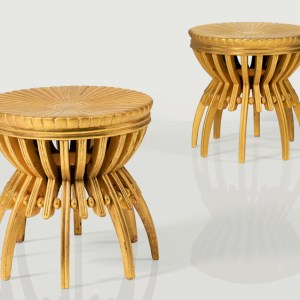 Design aficionados in search of the rare and quirky have an opportunity to acquire a bespoke drawing table commissioned in 1964 by Karl Lagerfeld. The fashion and design legend enlisted François-Xavier Lalanne, who with his wife Claude designed under the moniker Les Lalanne. Made of patinated metal, wood, glass, leather, and opaline, the desk comes with a matching stool. The ensemble (est. €500,000 to €700,000 or $621,000 to $869,400) leads the May 3 design sale at Sotheby’s in Paris.

According to the catalog notes, Lagerfeld requested a movable tray and Lalanne responded by creating a tray with an adjustable incline. The artist pushed the design further, adding glass and metal containers for brushes and pencils. The custom piece also features an opaline surface wrapped in brown leather that was used to prepare gouaches and watercolors. As a final touch, Lalanne included a light source so the designer could work at night. And most ingenious of all, he integrated a sphere near the base of the desk, where Lagerfeld could store his equipment.

“Lagerfeld placed the table alongside his collection of Art Deco works in his apartment on the rue de l’Université in Paris, says Florent Jeanniard, head of design for Sotheby’s France, adding that in the mid 1970s, the table was acquired by interior designer Jacques Grange, who displayed it under the large glass roof in his apartment in the 6th Arrondissement, personally using it until the 1980s. “The table,” says Jeanniard, “is emblematic of the great diversity of 20th-century artistic movements represented in the 159-lot offering at the house.”