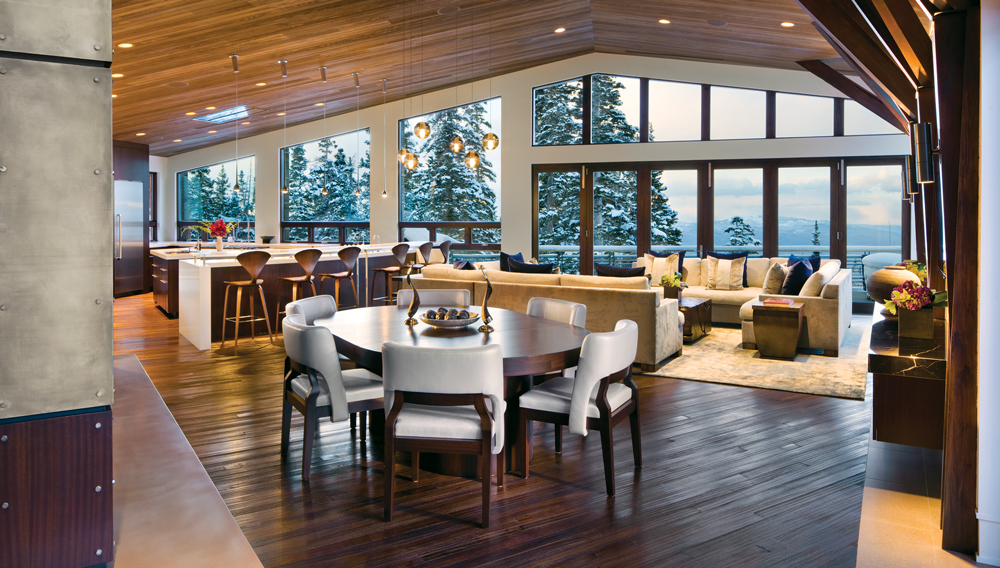 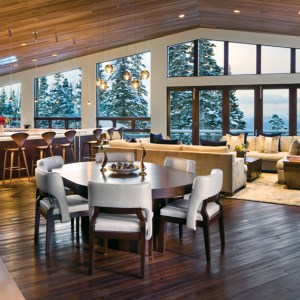 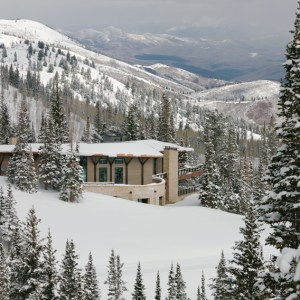 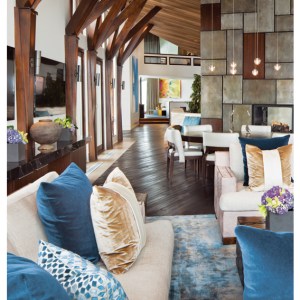 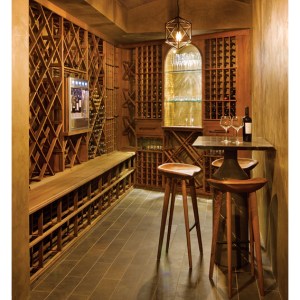 With their fresh take on the mountain lodge for a southern California family, Clive and Julie Bridgewater reach an inspiring summit.

When an art-collecting couple based in Los Angeles decided to build their family retreat on 7 acres near Park City, Utah, they knew the tropes of traditional mountain-lodge architecture—whole-log construction, taxidermy, dark interiors—would not light their fire. So they turned to Bridgwater Consulting Group. “We’ve won national awards for reinventing ‘the beach house,’ ‘the desert house,’ ‘the lake house,’ ” says the Park City–based firm’s founder and principal Clive Bridgwater, who helms the project and architecture division. “Here, in partnership with our clients and in conjunction with the terrain and building site, we focused on reinventing the mountain house.” In essence, the design team provided the spark for a 10,000-square-foot, light-filled aerie that relates directly to its surroundings while serving as the setting for the family’s ideal winter escape.

Perched 9,500 feet above sea level, the house has views that stretch from Utah to Wyoming. But the home’s interaction with the terrain goes far beyond the great room’s glass wall, the height of which ascends from 10 feet to 14 feet. “The house is designed as three large platforms reflecting the site’s three major outcroppings,” explains Clive. Flexibility and functionality were also carefully considered: The home’s three curved stone walls respectively serve the three different ways to access the house: via car, hiking boots, or skis. Because 400 inches of snowfall is an annual norm here, practicality of design remained paramount. The copper roofs are gently pitched and equipped with a heating system to melt snow slowly—measures intended to discourage abrupt “mini-avalanches.”

In the great room, elements such as wire-brushed sapele wood floors (used throughout the house), alder ceilings (employed in the common areas), and decorative columns, or stylized “trees,” made from simple planks evoke the color and texture of the aspens and firs outdoors. The space’s central wall, composed of steel panels and featuring see-through fireplaces, references the copper roof and divides the home’s three sections. The earth-toned, upholstered furnishings have been kept low to preserve sight lines. “There’s so much blue and green in the landscape; [those colors] play off the browns beautifully,” says Julie Bridgwater, who heads the firm’s interiors division.

The genesis of the subterranean wine cellar, located at the back of the house, was a concrete retaining wall. “Once you dig down 10 or 15 feet, you have a space that is naturally 59 degrees year round—perfect for wine storage,” says Clive. Inside, what looks like a plank floor is actually inexpensive and relatively indestructible ceramic tile, and the ceiling is a moderately priced metal tile. “Most people think our houses are twice as expensive as they are,” he says, noting that the judicious use of less costly materials with more expensive accents can create jaw-dropping visuals.

Clive created the eye-catching ski room as the symbolic heart of the house. “It’s why we’re up at 10,000 feet!” he exclaims. Poured concrete benches warmed by a radiant heating system surround the space’s central, circular water feature, which is made from Italian mosaic glass tile and ringed by lights. Overhead is an “antler chandelier” composed of mouth-blown glass. The banquettes at the perimeter, Julie adds, have embossed hand-finished leather backs and seats of soft cowhide: “It’s discreet luxury, not over the top.”

Hailed by Clive as “the world’s largest bunk room,” the home’s two double-story children’s suites are separated by a communal room and can sleep as many as 12 total. The homeowners’ four children—two grown girls and two young boys—share the spaces, with the boys inhabiting sleeping quarters that are decorated with superheroes and a boat-themed loft overhead, and the girls occupying the other suite, which bears a Moroccan theme and teal and orange geometric accents. The bunk beds’ steel construction frees them from the need for column supports, further opening up the room while allowing for discrete personal space. “All the beds have their own rechargers for computers, et cetera, as well as reading lights,” says Clive. “Really, they’re their own little worlds.”

Located beneath the great room, the master suite—bedroom, bathroom, and adjoining cantilevered deck—is a symphony of curves and angles echoing the mountain landscape’s undulations, which are framed by banks of windows and retractable doors. “There are very few corners in the whole house, nor is there any trim, so everything had to be cut exactly right,” says Clive. “Julie and I are on every contractor’s hit list,” he adds jokingly. Curves also appear in other design elements, such as the bathroom’s freestanding tub and the bedroom’s furnishings, the latter of which are the Bridgwaters’ designs. “The family loves to cuddle on the sofa and watch movies, and the various seat widths are tailored to the height of the family members, with the little kids in the skinny part,” says Clive. Grounding the bedroom’s asymmetry is the backlit oval that dominates the ceiling. “It lends a subconscious campfire effect,” he adds.

Design By the Books

Adjacent to the master suite is the home office. “It’s . . . ideal for a sense of togetherness even when the couple is engaged in different tasks,” notes Clive. Lining the shelves are books whose bespoke jackets have been designed and printed by Thatcher Wine of Juniper Books in Boulder, Colo. “In keeping with the rest of the house, the client wanted the books to be useful as well as unique and artistic,” Wine says. Created from photographs by Tyler Stableford, the jackets show a skier and a snowboarder and reflect the kids’ winter sport preferences. The family helped Wine select tomes that relate to the individuals’ interests, which include contemporary art, mixology, and architecture and design (the parents); Titanic, cars, and roller coasters (the boys); and art history and French cooking (the young ladies). According to Wine, the books are like the house itself: “filled with amazing details, and a great combination of form meets function.”