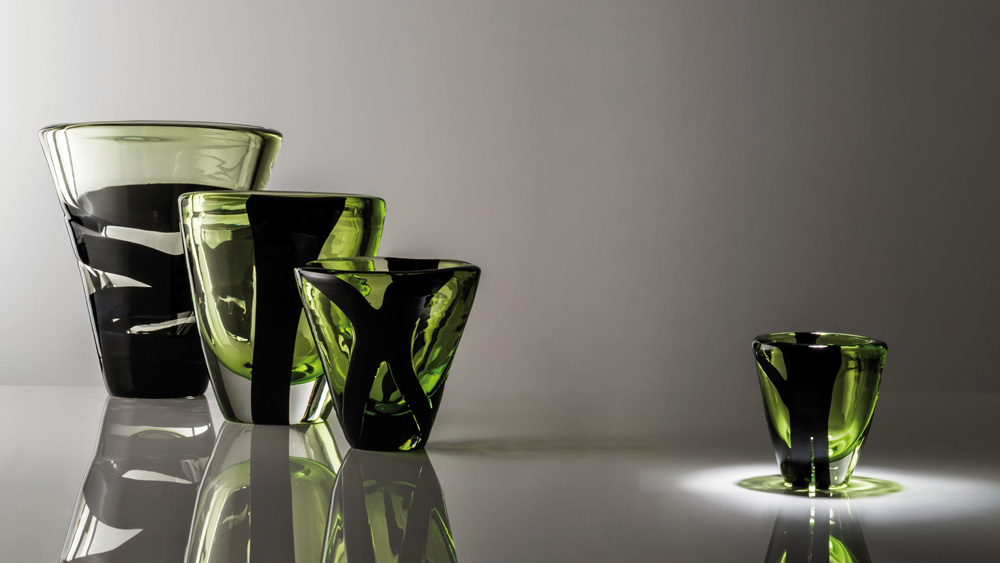 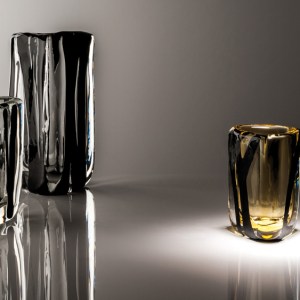 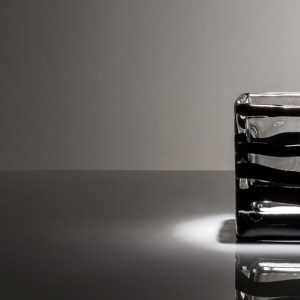 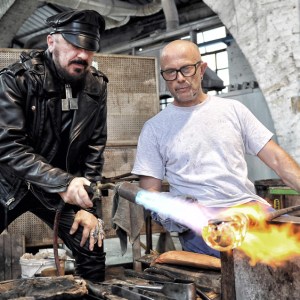 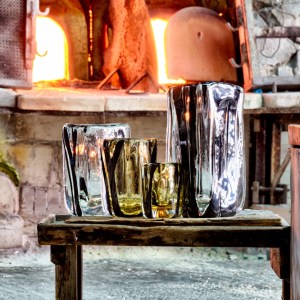 For decades, the renowned New York architect has worn an iconoclast’s uniform—black, studded, leather, and crystal clear in its objectives—and held the ultimate design pedigree, fashioning everything from Chanel, Bulgari, and Dior boutiques to luxury condominiums and chic private residences. His latest creative feat—a limited-edition collection of vases for the Italian artisan Murano glass company Venini—may be smaller in scale, but it’s still spiked with the same rebellious, stratospherically luxe attitude.

With thick, opaque bands, the Black Belt collection is a bodacious offering. There are four shapes (oval, square, triangular, and figure-eight) in three sizes, each possessing the aqueous, contoured look of a series that flirts with both sides—function and art—without a trace of guilt. Marino kept the palette interesting—no easy basics or well-behaved blues. The designs are available clear or in shades of pink, chartreuse and amber.

Glass-blowing is a labor-intensive art. Venini has been at it since 1921, pulling from traditions and techniques dating back to the 13th century. Black Belt was an aesthetic and technical challenge, which meant Venini deployed their master craftsman for the series. To achieve the layered effect of color and clarity, artisans had to lean hard on a technique known as “a sbruffo” (which means “puffed”) paired with a process called “sommerso” (or “submerged”), before the last, chunky passage of black glass bands—like the auteur’s leather calling card—were pulled and placed on the hot surface of each vessel.

Only 349 pieces in each size and color have been produced, a fitting reminder not only of the ephemeral nature of glass, but of how unforgiving the material is, even for an acclaimed designer like Marino. A producer of staggering art glass, lighting and objects, Venini has roster of luminaries—from Carlo Scarpa, Gio Ponti to Ettore Sottsass and Ron Arad—among its design friends, and several of its pieces are in permanent collections of cultural institutions like The Museum of Modern Art, the Fondation Cartier in Paris and Metropolitan Museum of Art.

Contrast—both figurative and literal—reigns in this collaboration. The idea of a single stem or an exuberant bunch of flowers residing in a Black Belt vase already plays on these notions: where the nature begins or ends and if a vase could ever be as beautiful as its contents. Similarly, Marino may not look the part, but he is a self-proclaimed flower obsessive who recently had a Rizzoli tome dedicated to his garden of his Hamptons estate. Surprises are at every turn.