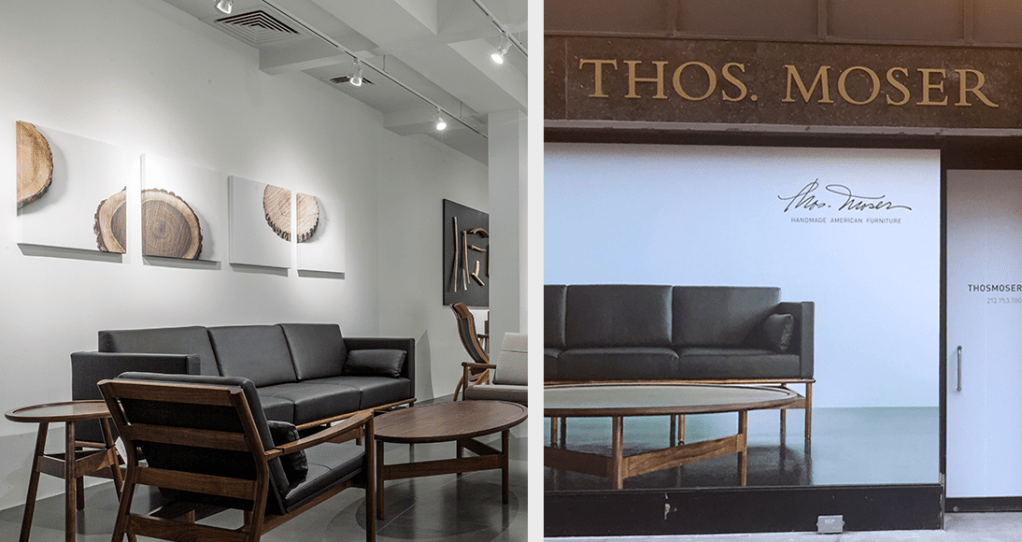 Thos. Moser, Handmade American Furniture, will open its new Philadelphia showroom at 1605 Walnut Street in Center City on November 10. Located in a growing retail district, the showroom brings Thos. Moser back to the heart of the city where a year ago Thos. Moser made chairs for the historic Pope Francis visit to Independence Hall and Philadelphia International Airport.

With a surge of top retail spaces including Apple, Warby Parker, Soul Cycle and Rag & Bone plus established yet evolving brands such as Bloomingdale’s, Nordstrom Rack and Target Express moving into Philly’s Center City, Thos. Moser will be a part of a vibrant mix of specialty retailers and new restaurants. Thos. Moser’s 2,900-square-foot showroom will showcase not only its latest Handmade American Furniture designs led by Director of Design Adam Rogers, but also the new look for the brand’s showrooms across the country.

Philadelphia was the first location outside of Maine where the 44-year-old Handmade American Furniture maker opened a showroom in 1984. Previous locations included Washington Square, off Rittenhouse Square and in Wayne. Thos. Moser has six showrooms across the US, including in Freeport, Maine, Washington, DC, New York City, Boston, San Francisco and the new Philadelphia Center City location, plus its workshop in Auburn, Maine.

In addition, Thos. Moser is committed to community outreach and involvement and was a sponsor at this year’s Susan G. Komen Pink Tie Ball on October 15 in Philadelphia. With an unprecedented opportunity to own a piece of history, Thos. Moser donated one of the chairs used by Pope Francis last year during his Philadelphia visit for the gala’s Live Center Stage Auction. The donations of the Pope’s chair as well as participation in Thos. Moser Customer In Residence program in Maine raised more than $10,000 for the cause.

Thos. Moser is also a donor for the Museum of the American Revolution set to open in Philadelphia in Spring 2017. Not only will Thos. Moser build and install 30 Cherry Element Benches in the museum, the company will also receive Revolution Circle Status on the permanent donor wall inside the museum.

“As we relocate and open our new showroom within the heart of Philadelphia in the bustling Center City, we’ll continue to evolve our brand and develop community partnerships that showcase the strength of our products and the dedication of our craftsmen and women,” says Aaron Moser, President and CEO of Thos. Moser. “We’re excited to be in such a vibrant district that celebrates the city, its residents and local merchants.”

Thos. Moser’s new Fall designs including the Foreside Bed and Mirror and the Hoops Mirrors will be on display in the Center City showroom. For more information about the new Thos. Moser Philadelphia Showroom and the latest designs, visit www.thosmoser.com.