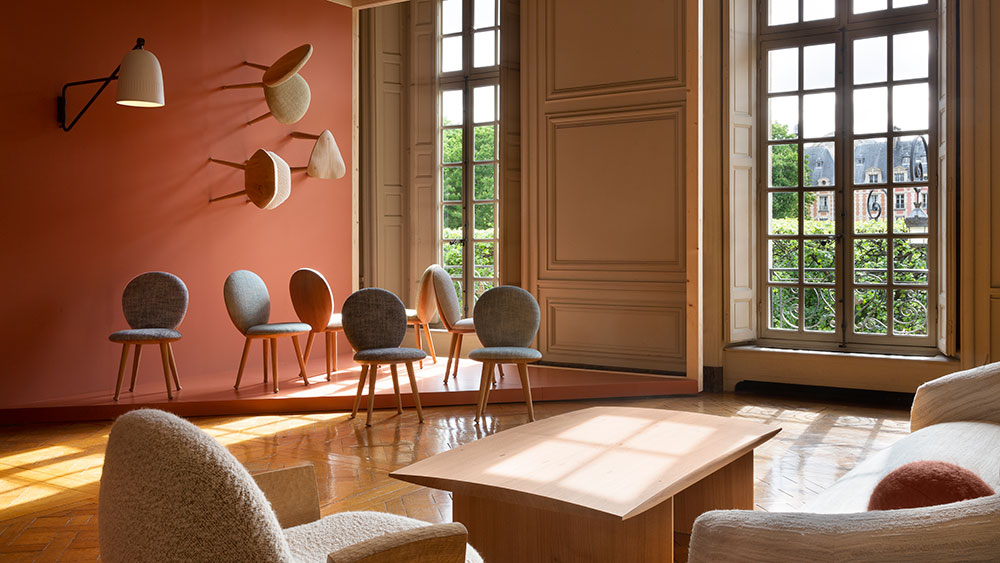 A home by interior architect Pierre Yovanovitch is enviable not just for its contemporary French design sensibilities, but for all the custom furniture the designer typically crafts for his commissions. Yovanovitch’s atelier has long prided itself on its long list of skilled artisan contacts, all based in Switzerland and France, who make one-of-a-kind furnishings out of high-quality materials.

Now, instead of vying for an interior project by the acclaimed designer, you can buy one or two pieces for your home. On Thursday, Yovanovitch announced his very first furniture brand: Pierre Yovanovitch Mobelier. It comes on the heels of two successful shows with New York City design gallery R & Company: Oops in 2017 and Love in 2019. The former spawned his famous Bear armchairs, a set of instantly recognizable, cuddly seats that remain highly coveted to this day.

“In many ways, the launch of the new furniture brand is an evolution fo my work creating custom furniture for interiors projects since the beginning of my practice in 2001,” Yovanovitch tells Robb Report. “These works started as a way for me to ensure the design elements of a client’s interior were of the highest quality and fit the space perfectly, though the pieces I created quickly evolved into a form of creative expression in and of itself.”

The collection includes 45 pieces of furniture and lighting, all of which are being shown at the Académie de l’Architecutre building at the Place des Vosges in Paris from now until May 21st. Like all of Yovanovitch’s works, the pieces are thoroughly infused with the DNA of French design and architecture—in this case, the furniture is an homage to the Riviera, where he grew up. He cites the “sunlight, with the region’s epic sunsets, the seasonal variation in nature’s textures… [and] the fragrant, bright sensory explosion of the lavender bloom of Plateau de Valensole” as inspirations.

The Clam chair, which is inspired by Alice in Wonderland. Realizing this shape out of solid oak took a “substantial amount of time to develop,” according to Yovanovitch.  Giulio Ghirardi

Yovanovitch picked through his Rolodex of skilled craftsmen to make the collection a reality, working with ceramicist Armelle Benoit for one of the tables, as well as the textile experts at Atelier Jouffre and the metalworkers at Fonderie Fusions for other pieces.

The brand also has a newly minted CEO: Cédric Morisset, who was previously a director at Carpenters Workshop Gallery. A showroom for the works will open at the end of the month in Paris, in the same building as the interior architect’s headquarters. It’s all just the beginning. “With these new works, it is about taking the pieces out of the context of a certain interior project or the scenography of a new show and to offer them as individual works, each with their own rich, individual storyline,” says Yovanovitch. “I feel like I have reached maturity in my furniture design.”

Right: The Flare lamp and the Rainbow sofa.

The Asymmetry Sofa with Ball cushions and the Tipsy side table.  Giulio Ghirardi