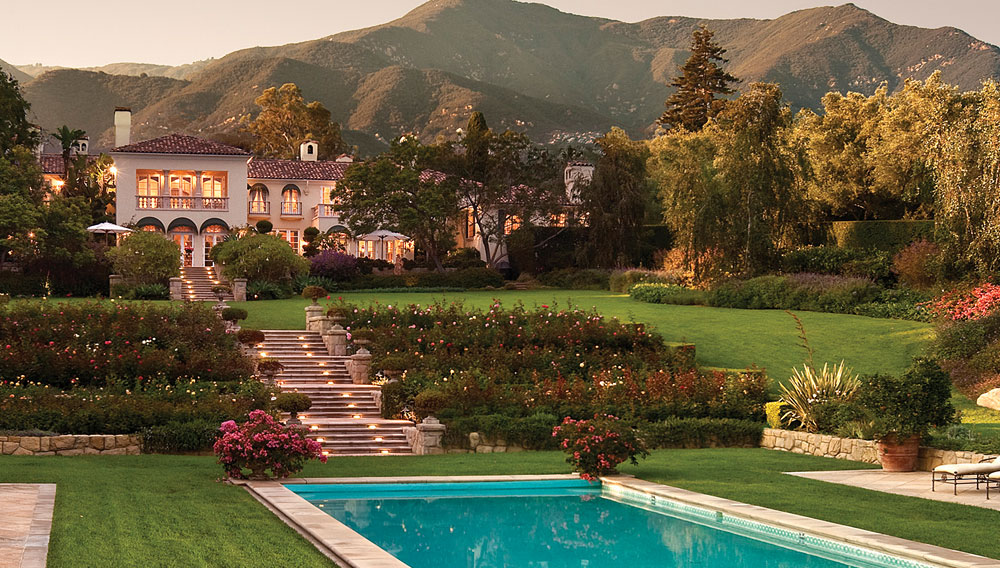 From a shark lagoon at a private residence on the Red Sea to historic parterre renovations on the Côte d’Azur, the projects of the landscape architect Robert E. Truskowski are anything but garden-variety. Since he was in his early 20s nearly four decades ago, Truskowski has kept his office in Laguna Beach, Calif., and built his portfolio globally. He still makes site visits across the world personally (he oversees a staff of 11), maintaining one-on-one interaction with his clients. His work extends beyond the 3-D CAD drawings and other technical aspects one would expect to the very individual requirements of each endeavor: splitting 80-foot-tall trees in half and transporting them across Florida’s Intracoastal Waterway on a barge, for example, or purchasing an entire local nursery to meet the demands of a site. Such experiences have made Truskowski a master at executing seemingly impossible tasks and timelines: He once built a large garden with a stream on a snow-covered property in Lake Tahoe during the winter—which necessitated a staff of 100 people and numerous heated tents to prevent construction materials from freezing—so that it would be ready by summer. In May, just as his busy summer schedule was heating up, Truskowski took a break and shared with Robb Report Home & Style his thoughts on taking design outside. [Samantha Brooks]

How did you get started in landscape architecture?

I did a garden at a $6.5 million home in Laguna Beach. That led to projects throughout Florida, Texas, and Colorado. Eventually, I met Sister Parish [the first designer to decorate the Kennedy White House] on a project in the Midwest, and she introduced me to work in the Northeast. I’ve since done work throughout the U.S., the Caribbean, Europe, Asia, and the Middle East.

What are you known for?

I do very high-resolution, high-quality projects, and I have a stellar reputation for staying on budget. I have a lot of experience with overcoming the challenges of working in remote areas—private islands, large-scale projects where you have to develop energy and water for irrigation. There’s no signature look or stamp I put on a project; I like to adapt to a range of styles and locations.

What are you working on now? I’ve been flying to the Seychelles every month for a 4-year-long, 4-acre project, but I’m also in the early stages of planning an Italian-style estate in Hawaii and a modern oceanfront project in Southern California with the architect Tadao Ando.

What is a typical project’s cost?

It depends. It usually takes about $500,000 minimum, but most are over $1 million. I’m doing one of the largest private gardens in China on over 30 acres right now. That’s been my largest budget yet. However, I fly about 300,000 miles a year, so I wouldn’t mind taking on a smaller project if it were closer to home.

Of his numerous landscape design projects the world over, Truskowski points to musician Mick Jagger’s home on Mustique as having been his most challenging undertaking. He worked on the property in the 1970s with the architects Alan Wanzenburg and Jed Johnson. A water source and desalinization plant had to be created without harming the lagoon, and because there were no nurseries nearby, plants were grown on nearby islands and brought in on planes and banana boats.

Truskowski starts a project by going through dozens of images with his clients, to get a sense of their likes and dislikes. “I interact with my clients as much as possible and try to educate them,” he says. “Once the project is done, we leave a manual outlining how to take care of things, and we’ll even find the clients estate gardeners and come back to check on things several times a year.”

Back to the Future

While Truskowski enjoys conceptualizing new projects from scratch, he also appreciates restoring and renovating gardens with provenance. In doing so, the architect has earned a reputation for seamlessly integrating the old with the new.

“In Pasadena, I worked on a garden originally designed by the Olmsted Brothers in the ’20s. We wanted to stay true to the original plan, but we had to tear out the existing pool and pool house and move them completely,” he says. “After everything was done, we ended up finding the original drawings, and it turns out I had actually put the pool back to where it was in the original plan.”

❖ Hotel: I am in the Seychelles every month, and I’ve been staying at the Kempinski Seychelles Resort, Baie Lazare. ❖ Hot Spots Abroad: In Paris, I love the hot chocolate at Angelina on 226 Rue de Rivoli. I’ve found the best orange juice in the world from the carts in the main square of Djemaa el-Fna in Marrakech. In Florence, Italy, Perché No! on Via dei Tavolini absolutely has the best ice cream. ❖ Car: I’ve always loved my 1953 Plymouth Cranbrook convertible. ❖ Architect: My design professor Richard Neutra. The class was so small we met at his home. I’m also lucky enough to live in one of George Washington Smith’s early homes in Santa Barbara, and we have a home in Vermont that’s on the National Register of Historic Places. ❖ Artwork: My wife and I collect plein air paintings, but the Dale Chihuly pair of baskets we have from his Basket Series is among my favorite art pieces. ❖ Relaxation: Salmon fishing in Alaska. ❖ Romantic Getaway: Home is always nice for a change, but the Amanjiwo in Java is near the ninth-century Buddhist sanctuary of Borobudur. We also love the Punta Tragara in Capri, which was designed by Le Corbusier and has an incredible location overlooking the cliffs and Faraglioni rocks. ❖ Leather Goods: My crocodile wallet by Scuola del Cuoio, the leather craftsmen inside the Monastery of Santa Croce, in Florence. ❖ Restaurant: Mama’s Fish House in Paia, Maui. I have worked in the Hawaiian Islands for nearly 20 years. We always stop at Mama’s—great food and a great setting. ❖ Wine: Paredon 2006 Grenache by my clients and friends Richard and Penny Morales, and Lieff 2008 Auberge Road Rutherford Cabernet Sauvignon by our friends Robert and Gretchen Lieff.