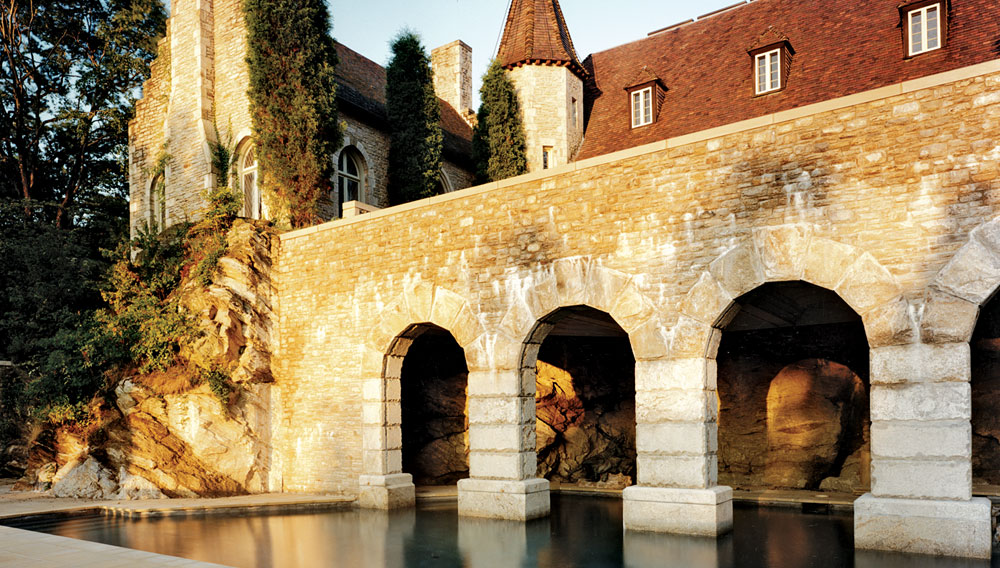 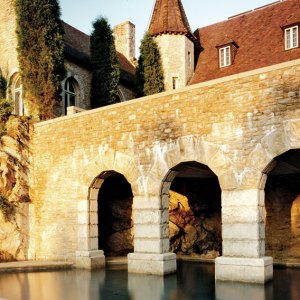 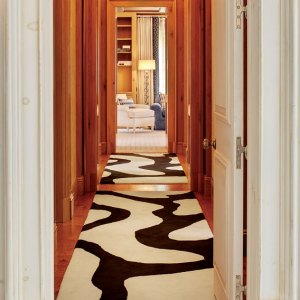 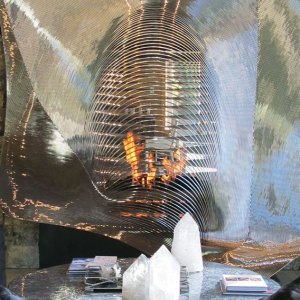 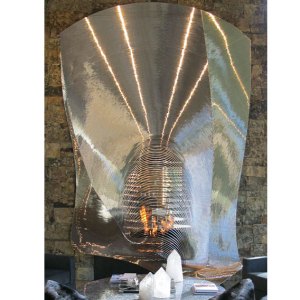 If Tony Ingrao felt that designing a 20,000-squarefoot English castle–inspired country estate in Connecticut was a daunting first solo project, he didn’t show it. Since that enterprise in 1993, the New York–based architect and designer has taken a fearless approach to his craft, tackling everything from renovations of historic European estates to creations of contemporary Manhattan penthouse interiors. Early in his career, the Rhode Island School of Design alumnus moved to France and dealt 18th-century English and French furniture in Paris. “I met American clients there who wanted me to furnish their estates in the U.S.,” recalls Ingrao. “I moved back to New York and opened my own studio in 1980 and have since worked on private homes mostly on the East Coast, but also in California, Palm Beach, the Caribbean, China, Russia, and Saudi Arabia.” This spring, as his namesake firm’s first corporate project—the interiors of the Baccarat Residences in New York City—was getting under way, Ingrao paused to talk with Robb Report Home & Style about his work through the years and the evolution of his eclectic style. Samantha Brooks]

What types of projects are you known for?

Early on, I did a lot of projects with 18th-century English and French furniture, very serious projects, around New York City, Connecticut, Palm Beach, and Paris. It was very typical during the ’80s to collect those kinds of things. In the ’90s and after the millennium, the shift went toward paintings and art in a cleaner palette. I’m sort of known now for blending all of those styles together.

Your style is eclectic, but is there anything  you try to avoid?

I’m not really into Victorian. Plastic materials like Lucite leave me cold, but I have a passion for interesting [fractal] resin. I prefer to use beautiful woods, bronze—more natural materials.

How do you balance your clients’ wants and needs with your own style?

A successful project is when you create a dialogue with the client to find out who they are and how they inhabit a space. It’s not about me stamping my look on it or them dictating what they want and having me buy it for them. It’s a 50-50 collaboration.

Is a project ever too small for you to take on?

Ingrao’s interiors for fashion designer Lisa Perry’s home marked his transition into modern design. “I had been known for classic projects with antiques, but [Perry] had a great pop art collection, and she wanted a space to go along with it,” says Ingrao. “I’ve always dressed very modern, and she had seen my work and knew I could do it. That project changed everything for me.”

The interior design of New York’s Baccarat Residences is the first commercial project Ingrao has undertaken. “I’ve never designed hotels or worked for a corporate client,” he says, “but Barry Sternlicht had seen some homes I had done for his friends and liked my approach to European-influenced design in America. He trusted that I had lived in France for 14 years and knew his product and client.”

Ingrao’s studio employs 32 people, including two architects and 15 designers. “We make new wall-surface materials, restore period pieces, reinterpret back-painted-glass techniques,” he says. “It’s not the kind of space where you just take clients in the back and show them a bunch of fabrics.”

Ingrao’s earlier projects stand in sharp contrast to his more recent ones. “I did a home in the Hamptons in 1994 that was for a family where the wife’s mother was an antiques dealer, and she wanted a very traditional home,” he says. “It was appropriate for its time, but after living in it for 10 years, the husband decided that wasn’t who they were.” Ingrao went back and updated the home in 2005. “Styles have changed so much in the 20 years since I first worked on it. In the ’90s version, there’s no mistake that it’s New York, but by 2005, things had become so much more relaxed. It looks like it could be California.”

ARTWORK:I’ve always liked Jackson Pollock’s Blue Poles from 1952, which is at the National Gallery of Australia. BEDDING: Calvin Klein sheets and towels are great for everyday use. They soften and wear very well.HOTEL: I spend at least a week of every month traveling for work, mostly to Asia, Europe, and the Middle East. I love the Hotel Costes in Paris, but I also love the Post Ranch Inn in Big Sur, California. The setting is unbelievable. AIRLINE: The first-class cabin on Emirates is great, and their first-class lounge in Dubai is just unreal. AUTOMOBILE: Ferrari 250 GT California. PETS: I have two miniature dachshunds, Axel and Ivo. HOT SPOT ABROAD: I’m in London frequently and always try and stop in to the bar at the Connaught hotel. It’s a great experience every time. FASHION DESIGNER: It’s a mix. I like Alexander McQueen, Balmain, Lanvin, and a bit of Hermès. WATCH: My Patek Philippe 5970 and 5004 each get a lot of use. ARCHITECTURE: The Guggenheim Museum in Bilbao by Frank Gehry. Tony Ingrao, 212.472.5400, www.ingraoinc.com [S.B.]