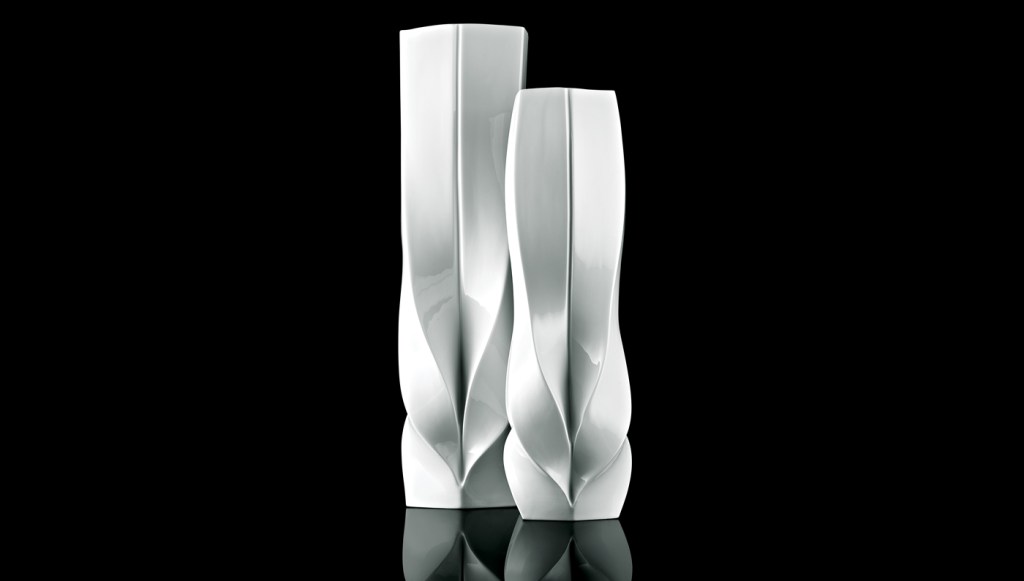 Throughout her career, Zaha Hadid was a master of the unusual, creating innovative and eye-popping structures that challenged virtually every notion of architecture. Though she died suddenly in March, Hadid and her groundbreaking style are very much alive in her oeuvre, including a new housewares collection. Unveiled in September at the Maison & Objet show in Paris, Collection 2016 (zaha-hadid-design.com) features vases, candles, and tableware conceived by the architect early this year and realized by her firm after her death. Each piece incorporates the geometric, often whimsical shapes for which she was known. Her Braid vase, crafted from fine bone china, is perhaps the most literal reference to Hadid’s legacy, rising like a mini skyscraper with an interlaced base, while the aptly named Illusion dinner plate is subtler, with etchings of radiating lines creating the perception of a 3-D surface. Coffee mugs, teacups, and cocktail glasses in the Icon and Sketch lines depict some of her most famous projects, including the zigzagging Riverside Museum in Glasgow and the parabola-shaped Heydar Aliyev Center in Baku, Azerbaijan.