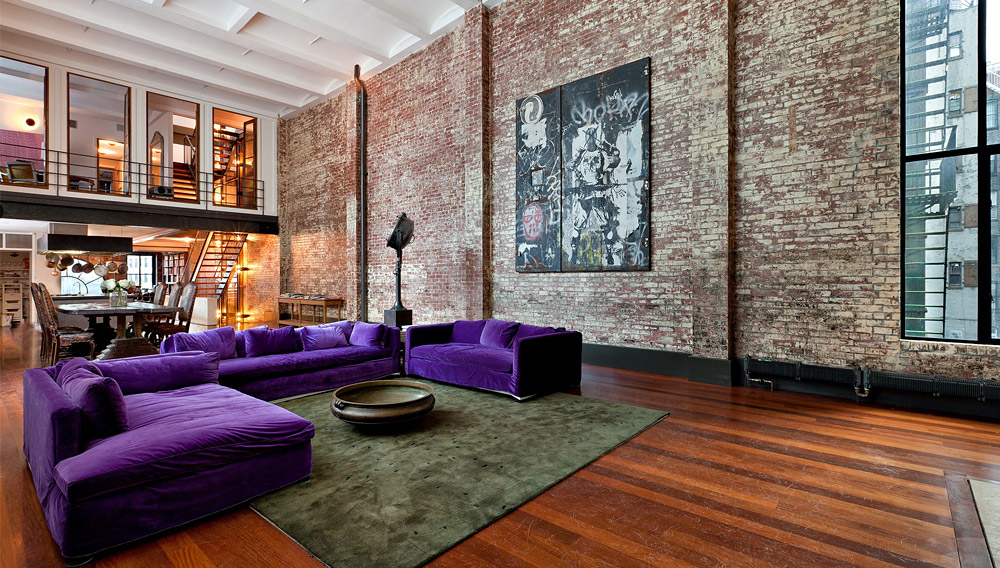 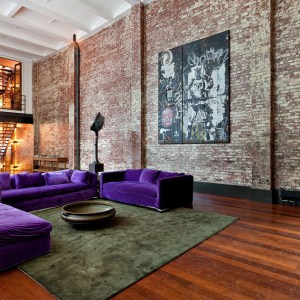 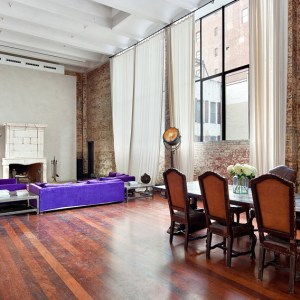 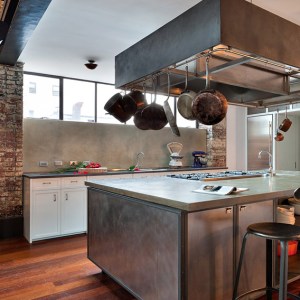 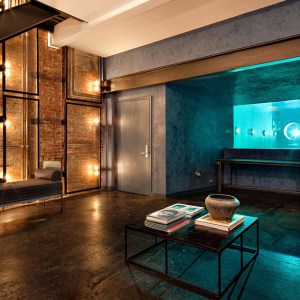 One New York’s first power substations, which once distributed power to the subway trains below SoHo, is now one of New York’s most coveted residential rentals, located at 214 Lafayette St. It took architect Peter Guzy of Asfour Guzy Architects and the property’s current owner, Marcus Nispel—the movie director of The Texas Chainsaw Massacre—12 years to convert the circa-1890 building into a five-story, four-bedroom townhouse. Guzy kept the original beams, barrel-vaulted ceilings, skylights, and exposed redbrick walls. He also brought in other antiques including personal pieces from Nispel’s world travels, floodlights from the Staten Island Ferry, and stone from a monastery in the South of France for the home’s bathrooms and fireplace. Modern touches include purple velvet couches, an elevator, and an 8-foot-deep indoor pool, which is intended for shooting underwater film scenes and can be viewed in the first-floor lobby and through portholes in one of the guest bedrooms. Additional amenities in the 10,000-square-foot home include a library, an office, and an expansive terrace on the top floor with a Brazilian ipe wood deck, sitting areas, and copious amounts of greenery. The property can be rented by the day, week, or month for $20,000, $50,000, or $80,000, respectively.