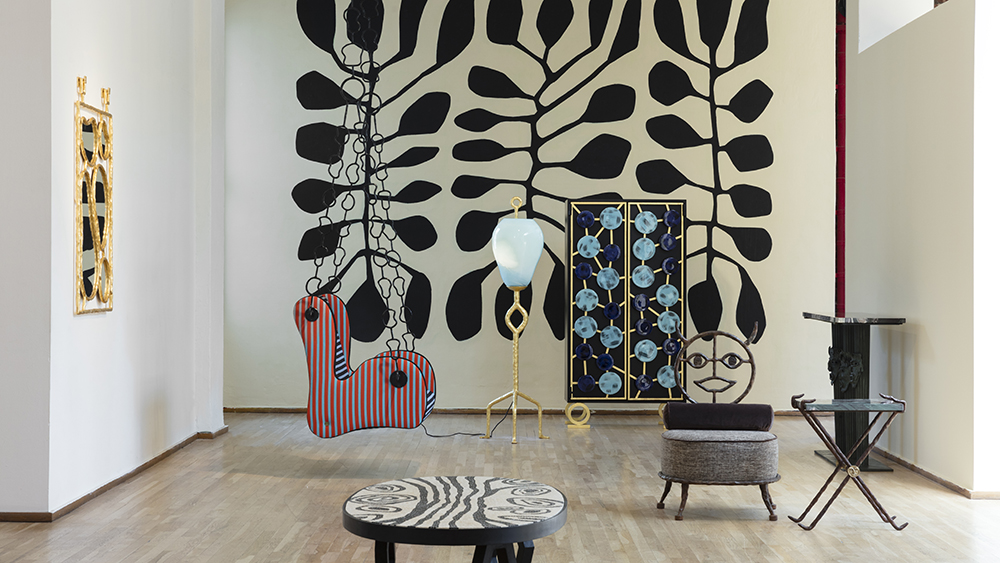 Neutrals might be the ideal canvas for a room, but no one wants to sit in a neutral room all day. I can’t think of anything better than investing in a piece for your home that makes you grin. Maybe it can’t be only fun (who wants to live in a carnival?), but we all need something playful, colorful, to enliven the brown and beige of everyday.

Life at home should be enjoyed, especially now, when we’ve never spent so much time in our houses. We want comfort from our surroundings, and functionality, but also joy. The most “successful” rooms blend styles and disciplines: modern, ancient, tribal, sculptural and soft, but also a touch of playfulness that’s sophisticated but never juvenile. For me, that means investing in pieces with a backbone of strength, substance and pedigree. They include furnishings that will grow in value and be cherished by those who live with them, but that also make you smile when you walk into the room.

Hervé Van der Straeten is a master at designing such pieces. He makes major furniture, typically using fine lacquers, bronze and parchment, but he’s also a good example of an artist weaving a sense of playfulness into his work without compromising its integrity and substance. It’s not by chance that his new exhibition is called Fun Ride. His Lampadaire Electron floor lamp has an unexpected tubular form in saturated green with orb appendages, but it’s still beautifully crafted, revealing no seams or attachments—the perfect punctuation mark to enliven any room. His Borderline and Twist consoles, with their gravity-defying geometry and multi-hued rainbow finishes, can’t help but catch the eye. They draw you into a room and keep you engaged.

Also relevant are works by French septuagenarian Elizabeth Garouste, who is the very definition of fun. She’s a true original who has created her own world, strongly influenced by surrealism. Just check out her Swing chair, an upholstered, striped seat in an exaggerated shape on an iron chain (which itself is thoughtfully designed, with whimsical shapes rather than the typical loops). The chair manages to be comfortable, beautiful and a lot of fun to sit in or just look at. It will stand the test of time.

Hawaiian designer John Koga’s creations hint at his origin as a sculptor, adding a different kind of substance to his pedigree. His new Pau Hana (Work Is Over) and Mahalo (Grateful) chairs don’t take themselves too seriously. They reinvent the form of the chair itself with their tripod bases and doughnut-like seatbacks, and the primitive influence of the designs is contrasted by whimsical silhouettes. The chairs are particularly interesting in pink. Color, done just right, can be the spice in the secret sauce.

Few know that better than wunderkind India Mahdavi, known for her use of color, strongly influenced by American cartoons. Her pink Charlotte armchairs and sofa mimic the sweet dessert of the same name with their ladyfinger-like backs, but they don’t cross the line. The Iranian-born, Paris-based architect and designer used them in the Gallery restaurant at Sketch in London, where they became an Instagram sensation. That degree of response shows one other key ingredient for fun furnishings: They should elicit strong emotion in the viewer (or sitter), a delight that begs to be shared with the world.