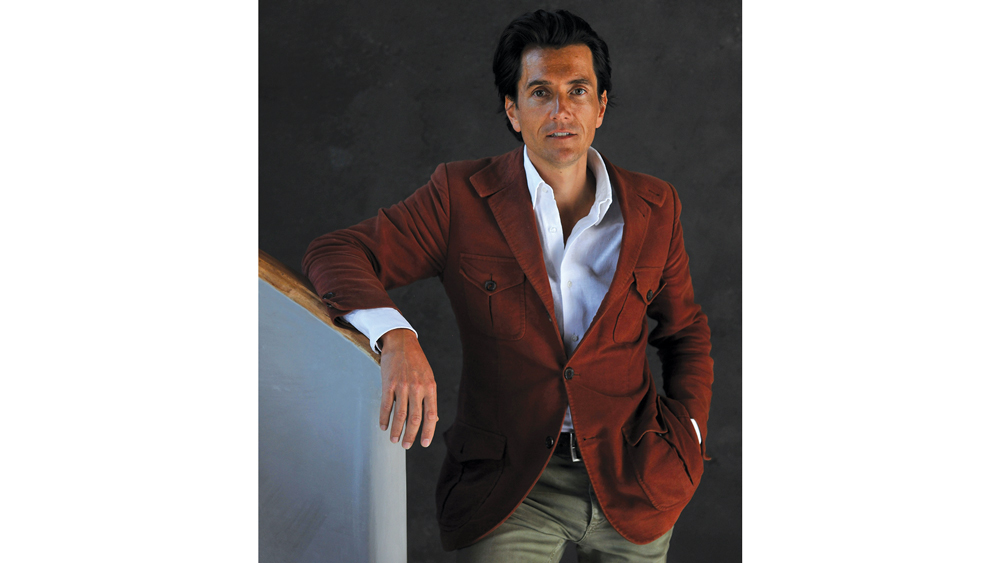 A talented Italian nobleman creates and expands on his authentic vision of paradise.

Count benedikt bolza is the rare noble who is building his kingdom with his own hands. Trained as an architect in London, he and a team of 120 transform centuries-old stone ruins into exquisite dwellings at Castello di Reschio, a 3,000-acre private community in Umbria, Italy, on land originally purchased by his parents. Last year Bolza completed another home on the vast estate: Casa delle Suore. (The fully furnished property is available for 9 million euros, or about $9.5 million.) He designed 13 new furnishings for Casa delle Suore and added them to his B.B. for Reschio collection (bb​.reschio​.com).

What have you learned from restoring many homes on the same property over several decades?
You learn from what is there. You can draw as many plans as you want, but when you actually start restoring the structure, it will tell you many, many things you should be doing slightly differently. Sometimes you have to accept that it’s more beautiful the way it is rather than try to make it all straight and proper.

What was the most challenging aspect of restoring Casa delle Suore?
The wine cellar. It’s by far the toughest thing I did on that site, and one of the toughest things I’ve done on the estate. I had to remove the building, dig a huge hole, and build the wine cellar from scratch. Then I had to construct a building above the wine cellar that wasn’t allowed to sit on the wine cellar. I did it that way because I didn’t want to put air-conditioning or climate control into it. Because for me, in Umbria, in Italy, that is not a wine cellar. At Castello di Reschio, we build things the way they used to be built. The wine cellar, I am proud to say, has a constant temperature of 14 degrees Celsius [57 degrees Fahrenheit], winter or summer, because all the walls are in full contact with the earth.

How does Castello di Reschio embody your definition of luxury?
I think luxury comes from beauty and harmony. At Reschio, we live here and design everything around us, whether it’s a staff uniform or a bathroom or a piece of furniture. We’re interested in doing things that are real, not things you do because that’s what “luxury” is and that’s what the market does. It’s appealing to people who come in, because they see that all these ideas are born from our philosophy of living.

What do you collect?
Paintings, mostly old portraits from the 19th century and earlier, which are not necessarily of value. They’re good pictures, well painted, but they don’t fetch a lot because nobody knows the sitter or the painter. I hugely enjoy buying those. I use them for interiors occasionally, but I tend to fall in love with them and then want to keep them. The faces have to be friendly—otherwise, I don’t feel comfortable having them. At the moment I’ve got something like 25 portraits here in my office. [Laughs] They keep me company.