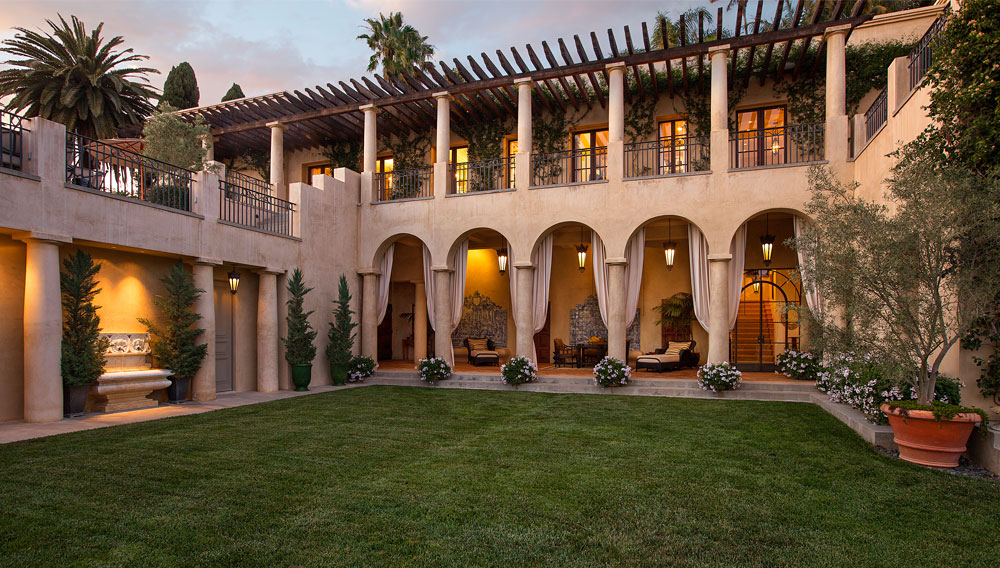 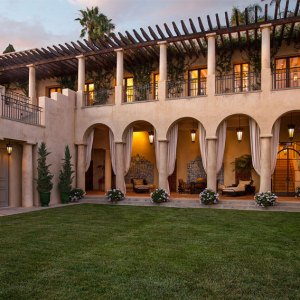 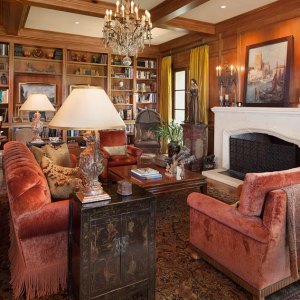 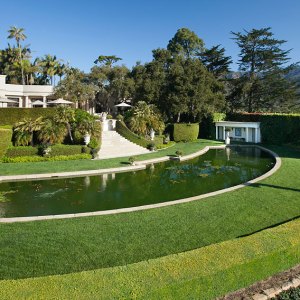 The historic Peabody estate—on the market in its current incarnation since November—has a notable heritage. The prominent businessman and philanthropist Frederick Forrest Peabody purchased the original 79-acre ocean-and-mountain-view plot in Santa Barbara in the early 1900s and commissioned the architect Francis Underhill to build a classical Mediterranean villa on the site. Completed in 1915 and named Solana, the Spanish word for “sunny spot,” the estate was later divided after Peabody’s death. The original 20,000-square-foot home now rests on 11 acres, but the property still retains the prime 360-degree vistas that had so captivated Peabody.

In 1998, the estate’s current owners hired the interior designer Joan Behnke (see the Portfolio section of Robb Report Home & Style’s March/April issue) to update the home. In a broad sense, the project entailed retaining the original facade while reorienting the interiors to emphasize the views, but Behnke, who is based in Beverly Hills, also focused on the details. She worked with the owners to furnish the house with their collection of antiques, including a library of French oak boiserie once belonging to the publishing magnate William Randolph Hearst, and she refreshed the home’s 25 bathrooms and the foyer, using a hard-to-find North American marble to match the original stone.