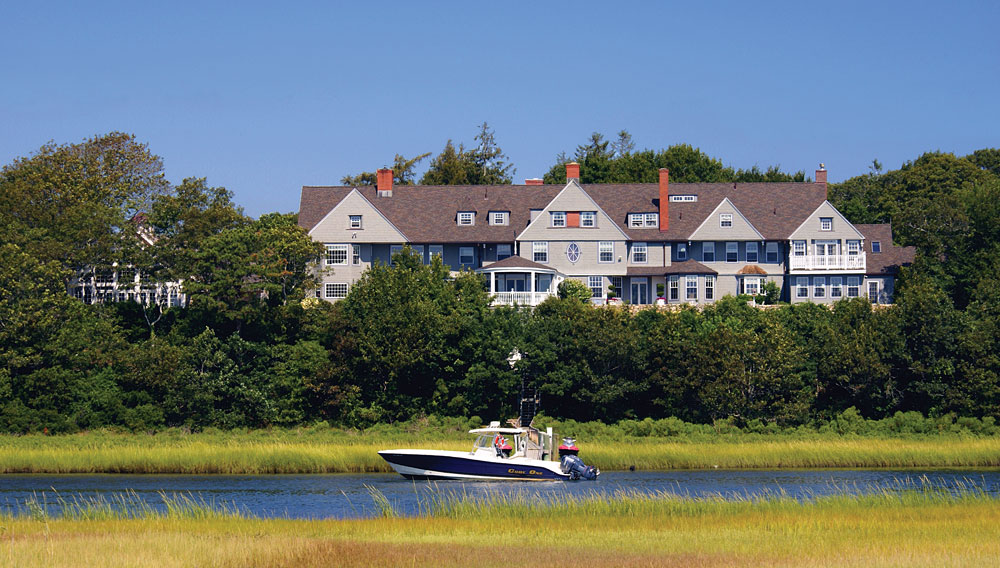 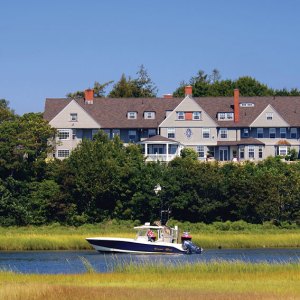 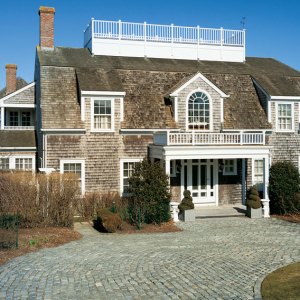 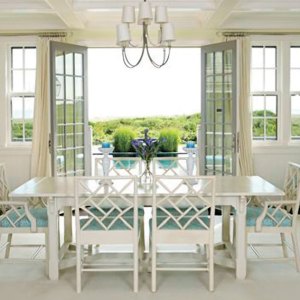 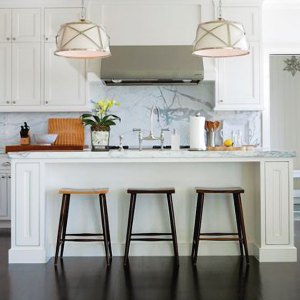 New Englanders savor every second of the glorious summer weather because they know how fleeting it is. They and others from around the world eagerly pay seven- and eight-figure sums for Massachusetts homes on Cape Cod and the islands of Nantucket and Martha’s Vineyard that they’ll use for 12 weeks a year at most. Each area has its unique charms, but they are united by respect for nature. Nantucket launched the nation’s first land bank in 1984, imposing on most real estate sales a 2 percent surcharge that is devoted to purchasing land for conservation. Martha’s Vineyard embraced the land-bank concept and its 2 percent surcharge two years later, and all 15 of the towns on Cape Cod maintained a similar program from 1999 to 2005, when most voted to adopt legislation that devotes a 3 percent surcharge to funding creation of affordable housing, historic preservation, and purchases of open space. “One of the smartest things the community did is invest in property,” says G. Howard Hayes of oldCape Sotheby’s International Realty, which has several offices on Cape Cod. “What brings people here is the environment, and if we destroy the environment, we destroy the economy.” The conservation efforts don’t just help preserve the landscape—they indirectly boost the real estate market by making the available properties more valuable.

Nature itself is whittling down the available housing stock through erosion, the bane of beach homes everywhere. The parts of Cape Cod and the islands that are most exposed to the Atlantic Ocean suffer the worst punishment. One especially unfortunate homeowner in Chappaquiddick on Martha’s Vineyard has chosen to spend millions (by local estimates) to move his 6-year-old, 8,300-square-foot cliff-side home farther inland in a bid to prevent it from falling into the advancing sea. But growing numbers feel the risks are worth the joys, and they are taking advantage of travel options that make the once-remote islands almost as easy to reach as Cape Cod. JetBlue inaugurated service from John F. Kennedy International Airport in New York to Nantucket in 2007 and added flights from JFK to Martha’s Vineyard in 2011. (Flights between Boston’s Logan Airport and Nantucket began last year.) But those who can spare the time take the ferry from the mainland, which helps island-bound vacationers shift into a more relaxed state. “Many people describe a reduction in blood pressure on the ferry,” says Tom Wallace of Wallace & Co., a Sotheby’s International Realty affiliate on Martha’s Vineyard. “The idea is you step on the boat, give a great sigh, and think, ‘Yes, I made it.’ Your frame of mind and your perspective on the world changes.”

Lying 30 miles south of Cape Cod, Nantucket is the smaller of the two Massachusetts islands. The 19th-century whaling boom and bust left it with more than 800 pre–Civil War homes, which the residents ultimately moved to protect by declaring the entire island a historic district in 1971. The Nantucket Historic District Commission (HDC) governs the external appearances of island homes, restricting the paint colors to just 11. “The HDC gives people really defined guidance on what can be built and what cannot,” says Bill Liddle of Great Point Properties, a Christie’s affiliate on Nantucket, adding, “Within the interior of a home, an owner can do virtually anything.” Often, they do, removing the rabbit-warren-like antique floor plans and remaking them to their liking. “Flying houses” are a common Nantucket sight—gray-shingled and white-trimmed structures that hover above the ground on supports while a new foundation is installed below to allow for added space.

Homes on the water in downtown Nantucket are the most sought-after. Liddle illustrates the point by comparing two recent transactions. He sold a 12,000-square-foot “estate-like” home on 5 acres about eight miles out of town for $20 million in January and sold another home in August 2012 in the desirable Lincoln Circle neighborhood on a lot just 54 feet wide for $18.5 million. “You pay a premium in town and you tend to get less land area,” he says.

Liddle has an extraordinary Nantucket listing at 260 Polpis Road, situated on 75 acres facing Polpis Harbor on the northeastern part of the scoop-shaped island. It contains a five-bedroom main house, a two-bedroom cottage, a boathouse, a barn with an attached two-bedroom cottage, and two fenced-in horse pastures for an asking price of $47.5 million. Another listing in the coveted Brant Point area, offered at $2.375 million, is more in line with what can be had for the $2.6 million average price of a Nantucket home. Seated on a tenth of an acre, the two-story property at 19 East Lincoln Avenue contains four bedrooms and three bathrooms and offers easy access to beaches and the town.

With six towns to choose among—Edgartown, Chilmark, West Tisbury, Vineyard Haven, Oak Bluffs, and Aquinnah—Martha’s Vineyard has traditionally attracted flashier visitors, or at least those who don’t mind seeing their names in headlines. Bill Clinton summered here during his presidency, as has President Obama. In February 2011, the heirs of the late anchorman Walter Cronkite sold his Edgartown property for $11.3 million. The six-bedroom, two-story home on 1.3 acres had many of the features that homebuyers want in a Martha’s Vineyard property, including a dock for Cronkite’s 43-foot yacht. Tom Wallace, whose company handled the transaction, says that potential buyers give great consideration to yachts when seeking a place on Martha’s Vineyard: “With a significant number of properties, the vessel is picked first, and the home is chosen for the vessel.”

Nantucket and Martha’s Vineyard feature few planned communities or similar developments; the seasonal nature of the lifestyle, the limited amount of land, the well-established rental market, and the islands themselves essentially being moated communities all work against such developments gaining a foothold. Martha’s Vineyard does host a few options, however. Last July, the Harbor View Hotel in Edgartown released several suites in its Captain’s Cottages for prices ranging from about $500,000 to $2.5 million, with interiors designed by Linda Woodrum, known for her work on HGTV’s Dream Home. The $2.5 million suite measures 1,473 square feet and has two bedrooms, two bathrooms, black walnut floors, and a propane fireplace. All owners have access to housekeeping and room service, the concierge, the hotel’s marina and docks, and a program through which the hotel rents the units.

Wallace currently has a listing within Herring Creek Farm, a prestigious property in Edgartown. The 25-acre parcel, listed for $19.5 million, includes a 5,615-square-foot home with six bedrooms and six and a half bathrooms, as well as private shorefront and shared private access to a beach. The average price of a Martha’s Vineyard home is just over $1 million, and for slightly more than that, you can acquire a 2,500-square-foot home with three bedrooms and three and a half bathrooms on almost a full acre in Aquinnah.

The Cape is all about convenience. “It’s a drive-in, drive-out community,” says Hayes of oldCape Sotheby’s International Realty. “Islands are isolated and the medical facilities are limited. Everything is just smaller. It’s much easier to get here. You don’t have to deal with the plane or the ferry.” (But those who prefer to take a private jet can fly it to the airport in Hyannis.) The Cape’s 15 towns offer a broader range of choices than the islands. “Every community has a very distinct character to it,” he adds. “People find something they like and keep going back.”

Real estate sales in Cape Cod’s towns tend to rise and fall as a group, with the markets becoming more seasonal the farther out you venture on the landmass, which resembles an arm flexed in the manner of Rosie the Riveter. “Since 2010, we’ve seen a resurgence as interest rates have come down,” Hayes says. “I think people are putting money back into real estate.”

The Upper Cape Cod town of Mashpee hosts the New Seabury planned community, which dates to 1962 and occupies 1,500 acres on its own peninsula facing Nantucket Sound. Residents enjoy two golf courses, 16 tennis courts, private beaches, walking trails, and a marina. Currently listed in the gated New Seabury community known as the Preserve at Flat Pond is a 4,091-square-foot, four-bedroom, four-bathroom home for $2.3 million. New construction began in 2005 that added the neighborhoods of Poppy Place, Vineyard Reach, and the Preserve at Flat Pond and expanded the neighborhoods of Sea Quarters, Seaside, and Promontory Point. Two additional homes will be added to the Preserve at Flat Pond this spring and 16 more homes will complete the Seaside area in the near future.

Elsewhere on the Cape, $15.95 million will buy a 10-bedroom, eight-bathroom, three-story manor with a private dock on more than 9 acres in the Barnstable village of Osterville. The comparatively modest sum of $1.45 million will secure a beachfront home in Dennis Port with three bedrooms and two bathrooms on slightly more than a quarter of an acre.