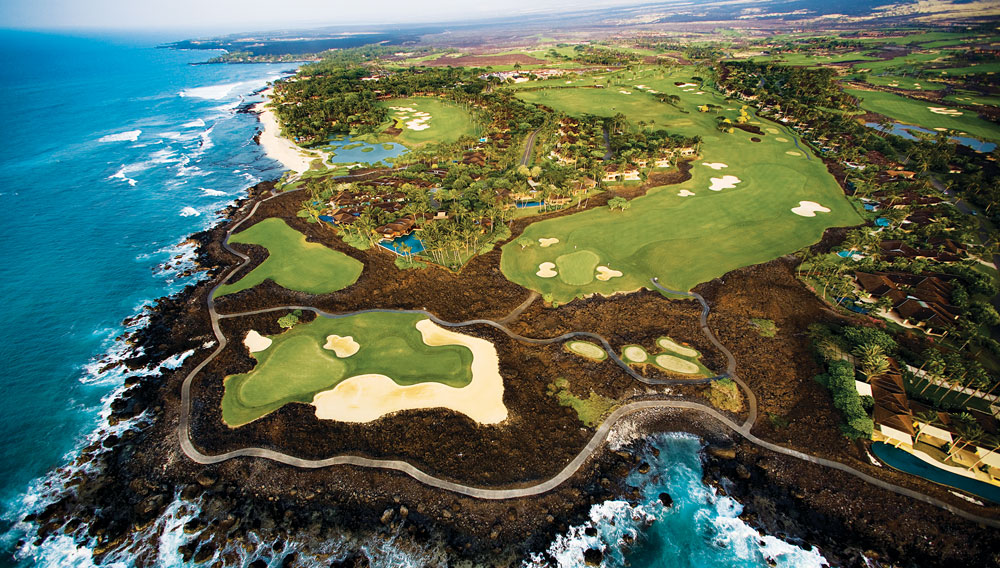 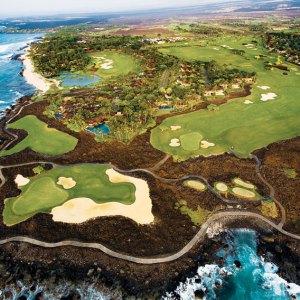 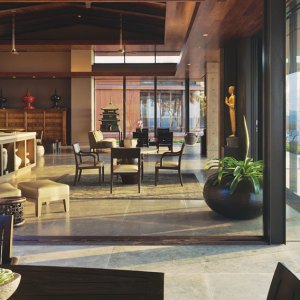 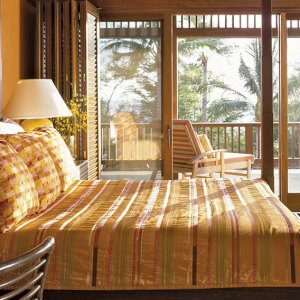 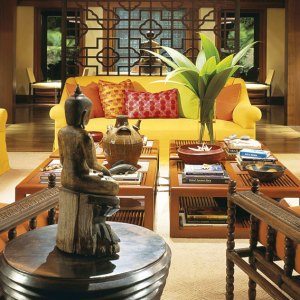 The Hawaiian Islands’ largest landmass, at 4,028 square miles, is also the archipelago’s youngest—a youthful 800,000 years old as compared with the 5-million-year-old Kauai. Thus, the Big Island has less-mature beaches, which tend to have thicker sand and fragments of black lava rock, rather than the soft white sand of their older volcanic counterparts. But if this is a shortcoming, it hasn’t seemed to matter. The sizable and varied landscape, as well as the near guarantee of year-round sunshine, has made Hawaii’s Kona-Kohala Coast, on the island’s west and northwest seashore, ideal for golf-course communities, and buyers from the mainland and beyond have taken notice.

Currently, the region’s private-home market is presenting buyers with a number of options, from the Ku‐ki‘o oceanfront club on the coast’s southern stretch to the residences at the Mauna Kea Resort to the north. Some communities are reporting their biggest sales in years—an indication, perhaps, that the region’s real estate values are stabilizing in the wake of the global economic downturn. For the private residences at Huala‐lai Resort, also on the northern part of the coast, 2012 was the most lucrative year since 2007, with $110 million in sales.

Naturally, shorefront properties are the most sought after and thus are some of the priciest. “A select group of oceanfront homes have sold in the $9 million to $26 million range,” adds Bram. “But the majority of all the coastal land is in a conservation land use district and cannot be developed, and those [oceanfront] owners are well aware of the limited nature of this commodity.” Those who would comb the Kona-Kohala Coast in search of such exclusive properties may wish to investigate the latest offerings at the following three private communities.

Overlooking the Kauna‘oa and Hapuna Bays, the Mauna Kea Resort—the oldest of the Big Island’s private communities, and the only one with a wide white-sand beach—consists of two hotels and two areas of private-home sites encompassing 10 neighborhoods. Residential development began in the 1980s at the Mauna Kea Beach Hotel, which Laurance Rockefeller founded in 1965 and the firm Skidmore, Owings & Merrill designed. A sister property to the Mauna Kea, the Hapuna Beach Prince Hotel, was built adjacent to the Mauna Kea in 1994, and another residential development quickly followed.

Today, 900 acres of the Mauna Kea Resort’s original 1,839 remain untouched. To date, there are 350 residences—105 on the Mauna Kea side and 245 at Hapuna Prince. Townhomes range in price from $625,000 to $4.3 million; homes, from $1.79 million to $12.9 million. A number of the properties are by notable architects, including Thomas Bingham, Mark de Reus, Hill Glazier, and Ricardo Legorreta.

The newest neighborhood on the Mauna Kea side is Kauna‘oa, which opened in 2004. It comprises 28 homes and 20 townhomes and has its own country club. Several resales are available, including one 3,577-square-foot townhome priced at $4.3 million. Homesites measuring between two-thirds of an acre to 1.3 acres and priced from $2.3 million to $3.75 million are also on offer.

Homeowners have access to the amenities of both hotels. An optional membership at the Club at Mauna Kea Resort can be purchased at three levels—platinum ($18,073), gold ($7,885), and silver ($5,687)—and enables owners to play two courses: the Robert Trent Jones Sr.–designed Mauna Kea Golf Course and the Arnold Palmer/Ed Seay–designed Hapuna Golf Course.

Established in 1999, Ku‐ki‘o is the Big Island’s only private-equity golf and beach club; the community does not include a resort. Homeowners, who pay $275,000 to join plus $57,000 in annual dues, enjoy the community’s on-site amenities, including a spa and fitness center and two Tom Fazio–designed golf courses.

The 1,100-acre development, which is 90 percent sold, will comprise 400 total residences once the property has been built out. Homesites measuring 25,000 square feet to nearly 31,000 square feet are priced from $895,000 to $3 million, while finished homes range in price from $3.4 million for a 4,650-square-foot property with two bedrooms to $25 million for a 13,798-square-foot property with six bedrooms, a lanai, a massage room, guest suites, outdoor showers, and an infinity-edge, ocean-view pool.

Among the newest additions to Ku‐ki‘o is Kaupulehu, a private community within the community that encompasses 80 homes, 20 of which sit 150 feet from the ocean. A five-bedroom house by the architect Lucky Bennett recently sold there for $10 million.

Most of the private residences at Huala‐lai Resort, which is adjacent to the Ku‐ki‘o club and associated with the nearby Four Seasons Resort Huala‐lai, afford dramatic views of the ocean and the island’s ubiquitous dark lava rock. Established in 1996 and set on 865 acres, the development is 65 percent sold, and 127 homes and 193 condos have been completed thus far.

Several homesites, priced from $2.3 million to $3.3 million, are available, as are a number of condominiums and houses. Two- to three-bedroom condos are priced from $1.5 million to $4.6 million, while four- to five-bedroom houses are priced from $4.5 million to $15 million. Huala‐lai’s most expensive home to date sold in 2009 for $26 million. That 8,630-square-foot residence included four gardens with outdoor showers, two oceanfront hot tubs, a pool, an open-air dining room and living pavilion, and 52 palm trees sprinkled around the property.

With optional Huala‐lai Club membership ($225,000 to join plus about $35,000 in annual dues), homeowners enjoy all of the amenities of the club and the Four Seasons resort, including two 18-hole championship golf courses—one designed by Jack Nicklaus, the other by Tom Weiskopf—sports, beach, and pool facilities; concierge service; and four beachside dining options.