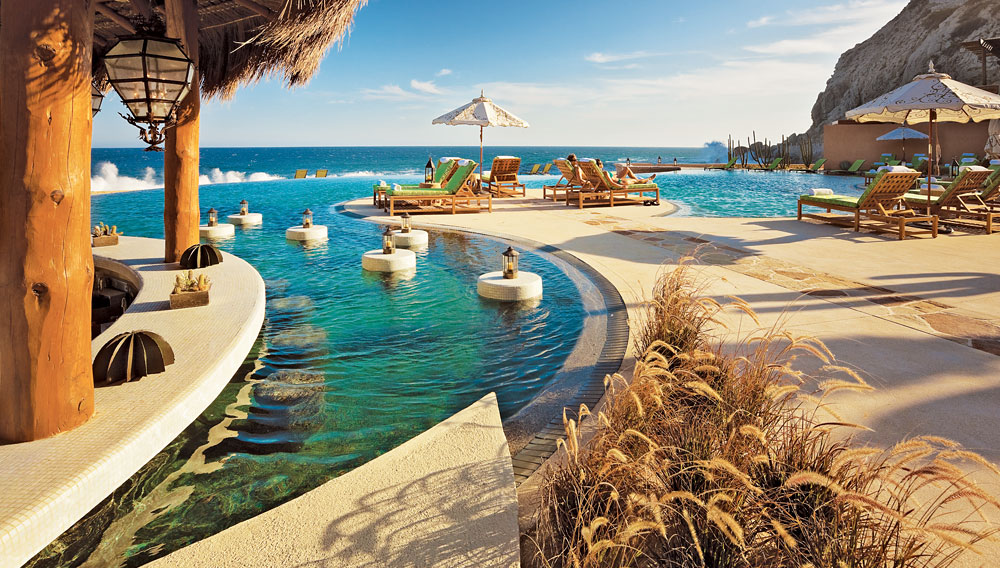 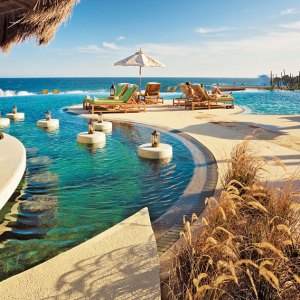 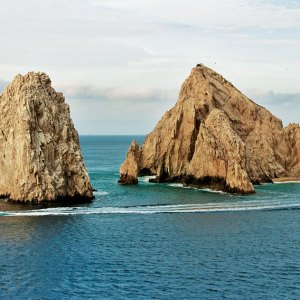 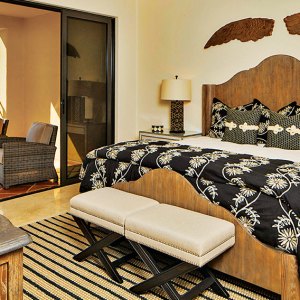 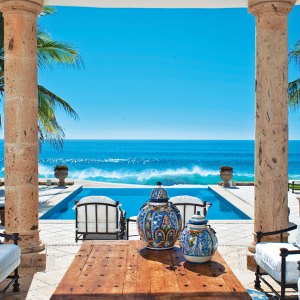 Second-home seekers are almost certain to find Los Cabos an intoxicating mix of coastal living, comfort, and convenience. Located at the southern tip of Mexico’s Baja California peninsula, where the Sea of Cortez meets the Pacific Ocean, the region offers miles of secluded white-sand beaches; the picturesque Spanish colonial town of San José del Cabo; the thriving city of Cabo San Lucas, with its high-end dining, shopping, and nightlife; and Los Cabos International Airport, with its own private jet terminal.

This enticing concoction, it seems, is helping to revitalize the vacation-home market. Los Cabos is rebounding nicely post-recession, according to Julie Benjamin, director of real estate at Cabo San Lucas’s Esperanza, an Auberge Resort. Benjamin cites a 25 percent increase in sales over last year for the Los Cabos area. “From a cross section of January 1 to June 10, 2012, home sales averages were $329,750,” she says. “Compared to the same time frame in 2013, home sales averages are now $1,063,679.”

In addition to revitalized home values, foreign buyers of Los Cabos real estate may soon encounter a less complicated purchasing environment. “There are great deals available right now, and the government continues to make it easier for foreigners to purchase and own property in Mexico,” says Ricardo Ramirez, general manager of the Hacienda Beach Club & Residences. “An amendment to an article of the constitution, which would allow foreigners to purchase property directly rather than going through a trustee, has recently been proposed. If enacted, it will simplify the buying process for these prospective homeowners even more.”

Potential vacation-home buyers can begin their search for the sweet life in the following pages, where we present six of the finest residential resort communities Los Cabos has to offer.

Situated on the Sea of Cortez, the 1,100-acre Palmilla development encompasses a number of luxury resort communities—among them Villas del Mar, Espiritu del Mar, and Oasis Palmilla—that come under the aegis of the Los Cabos–based firm Del Mar Development. That trio’s beachfront and ocean-view homes, set on a total of 235 acres (110 for Villas del Mar, 75 for Espiritu, 50 for Oasis), are some of the most sought-after in the area. Sales within the Del Mar Development communities totaled $68.6 million in 2012—nearly double the figure for 2011—and have continued to rise in 2013, with $85.4 million in sales in the first six months, according to Del Mar president Ron Hatfield. Once all of the homes have been built—completion is expected by 2018—there will be nearly 350 homes between the three communities; 206 have been built and sold so far.

Several homes currently are available for sale, including a $6.7 million, four-bedroom, four-bath mountainside villa in the Villas del Mar community. It features a media room, a glass-walled wine cellar, an infinity pool, and a shaded barbecue pavilion with a built-in wet bar and island seating. Another Villas del Mar residence, with 60 feet of beachfront and a private pool and spa, is priced at $6.995 million.

Owners have access to the development’s private beach club, Club Ninety Six, which, in addition to being located on one of Cabo San Lucas’s best swimming beaches, includes a members-only wine cellar, a bar lounge, and a 50-foot sailing catamaran. There is also a 10,000-square-foot fitness facility (Club Espiritu) and the new 9,000-square-foot Palmilla Tennis Club. And of course residents enjoy privileges at the adjacent One&Only Palmilla resort, where all of the amenities, including the Palmilla Golf Club and its 27-hole Jack Nicklaus signature course, are available for use.

This 30-acre property, founded in 2002, comprises three components: 54 fractional- and whole-ownership units at the Auberge Private Residences community; 63 fractional villas at Esperanza, an Auberge Resort; and 57 hotel rooms, also at the resort. All of the real estate options have the same classic Mexican feel and come furnished, but owners at the Auberge Private Residences enjoy additional amenities, such as a private pool, a dedicated concierge, an owners club, and private underground parking.

Perched atop a cliff flanked by two private coves, the property tends to appeal to buyers looking for a turnkey residence with five-star resort services. Esperanza’s secluded location in the Punta Ballena region, halfway between Cabo San Lucas and San José del Cabo, also is a draw. Currently, about half of the whole-ownership units have been sold, and fractional units are available only through resales. More residences reportedly have been sold at Esperanza so far this year than in all of 2012, and the property’s supply of available homes is said to be the lowest since 2006.

Recent sales have included a one-sixth fractional share of a three-bedroom oceanfront villa for $675,000, and a whole-ownership three-bedroom penthouse within the Auberge Private Residences, with a view of the famed El Arco (the Arch of Los Cabos), for $1.4 million. Among the homes currently on the market are a four-bedroom, 3,950-square-foot penthouse within the Auberge Private Residences that is listed at $2.4 million, and a $775,000 one-sixth fractional share in a 4,100-square-foot, three-bedroom oceanfront villa resale that comes with a butler, a sport-utility vehicle, and a private pool and Jacuzzi.

Residents and their guests enjoy all of the resort’s amenities and services, including 24-hour security, concierge service, housekeeping, and room service, and have access to new programs designed just for owners, such as complimentary yoga, Zumba, and spinning sessions, cooking classes, and tequila tastings. This fall, new Auberge Adventures—among them swimming with whale sharks—also will be offered.

When it debuted in 1963, the Hacienda Hotel was instantly popular with such A-listers as Bing Crosby, John Wayne, and the Rat Pack. Today, the $230 million Hacienda Beach Club & Residences, which opened in 2009, sits on the same stretch of Sea of Cortez coastline, and parts of the original hotel—sculptures, fountains, and other architectural elements—remain on the 22-acre property. The community has a total of 109 existing residences: 16 four-bedroom beachfront villas priced from $4.395 million); 81 one- to four-bedroom ocean-view condominiums (from $795,000); and 12 four-bedroom penthouses with terraces overlooking the Sea of Cortez (from $2.1 million).

More than half of the community’s properties have sold. The homes presently available for sale include a fully furnished two-bedroom, two-and-a-half-bath, 1,746-square-foot residence with an open kitchen, a private terrace off the master bedroom, and views of the Land’s End rock formation for $1.175 million, and a 3,548-square-foot penthouse with four ocean-view bedrooms, four and a half bathrooms, and a Jacuzzi and built-in barbecue on the outside terrace for $2.65 million.

Homeowners enjoy all of the amenities of a resort community, as well as the property’s prime location on Medano Beach, one of the region’s most famous—and swimmable—stretches. While there is no golf course on-site, owners and their guests receive preferred tee times at the nearby Palmilla course.

With an 18-hole Tom Fazio–designed course as its centerpiece, Querencia opened in 2000 as Cabo San Lucas’s first private golf club. The 1,800-acre community is ideally situated between the mountains and the Sea of Cortez along the Golden Corridor—a 21-mile strip of oceanfront land that stretches from Cabo San Lucas to San José del Cabo. The community currently has 200 homeowners and 256 golf club members. Real estate options include half- to full-acre homesites priced from $500,000 to $1 million; Club Villas priced from $1.5 million to $2.6 million; and custom homes that reflect the Mexican and Tuscan architectural styles of the community.

Of the 400 planned homes in Querencia’s first development phase, 200 have been sold and 80 have been built. Recent sales have included two condominiums that sold for $1.5 million apiece, a Club Villa that also went for $1.5 million, and three cliffside, ocean-view homes that sold for $1.9 million each. Currently on the market is a 7,000-square-foot, six-bedroom residence overlooking San José Bay and featuring a media room and gourmet kitchen; it is priced at $5.5 million. A five-bedroom, Moroccan-style residence with just under 6,000 square feet of living space, covered verandas, and lush gardens is also a recent listing, with an asking price of $4.8 million.

Resort-style amenities are available to homeowners through the property’s 58,000-square-foot Club Village, which offers various dining options, a wine cellar, spa services, and a kids club. Forthcoming additions to the premises will include a private tunnel (to be finished by the end of 2013) that will connect the property to the beach; a new beach club, which is set for completion by the end of 2014; and a second golf course, designed by Gil Hanse, that will break ground at the end of 2015.

Los Cabos’s newest kid on the block, Capella Pedregal opened several years ago as a joint venture between the Diaz Rivera family and Resort Ventures International. Located in the Pedregal area of Los Cabos, the community is accessible only via a private 300-meter tunnel (created specifically for the resort) that cuts straight through the heart of a mountain to deliver guests to a private stretch of Pacific coastline. The 25-acre Capella property was designed by Paul Duesing Partners and consists of 66 hotel rooms, 31 whole- and one-eighth fractional-ownership residences located on the ocean side, and 19 whole-ownership casonas located on the marina side.

Owners have access to the resort’s 12,000-square-foot Auriga Spa (featuring a number of outdoor treatment areas), four restaurants (including El Farrallón, perched cliffside), the Capella Library (with parlor games, board games, and books), and a yacht club, which has a 58-foot cruising yacht and a 58-foot deep-sea fishing boat available for charter. Preferred tee times and reduced greens fees at nearby golf courses, such as Cabo Real, Club Campestre, and Puerto Los Cabos, are available as well.

A private residential club and community, El Dorado comprises 220 homes built along 520 acres of prime Golden Corridor real estate. The community, established in 2005 by the Scottsdale, Ariz.–based Discovery Land Co., features an Italian architectural style and is modeled after the Tuscan town of Siena. Club memberships are limited to 395 and are available only with the purchase of a home.

Residences currently available at El Dorado are priced from $2.5 million to $20 million. They range from a fully furnished casita with an outdoor living area and Jacuzzi, priced at $2.5 million, to an 8,500-square-foot, eight-bedroom custom beachfront home with outdoor and indoor living areas and an infinity pool, priced at $20 million. At press time, the community’s last three remaining homesites had recently sold.

In 2005, Ohana Real Estate Investors, which owns the Montage resorts in Laguna Beach and Beverly Hills, Calif., and Deer Valley, Utah, purchased a 1,400-acre site with the intent of developing another Montage hotel and residences. But those plans were put on hold, and a reimagined development is now moving forward on the beachfront parcel, which is located on the Golden Corridor in Cabo San Lucas, on the former grounds of the Twin Dolphin Hotel. For its initial offering, Maravilla Los Cabos will release just 11 oceanfront homesites, each a half acre, and four beachfront villas. The plans also call for a private beach club, and a five-star hotel may be in the offing as well.

Ohana has broken ground on Maravilla’s first residence, a more than 10,000-square-foot home designed by IDS Architects and featuring interiors by Mexico City’s Gloria Cortina. It will serve as the community’s model home upon its completion in 2014. Pricing has not yet been determined. [Samantha Brooks]