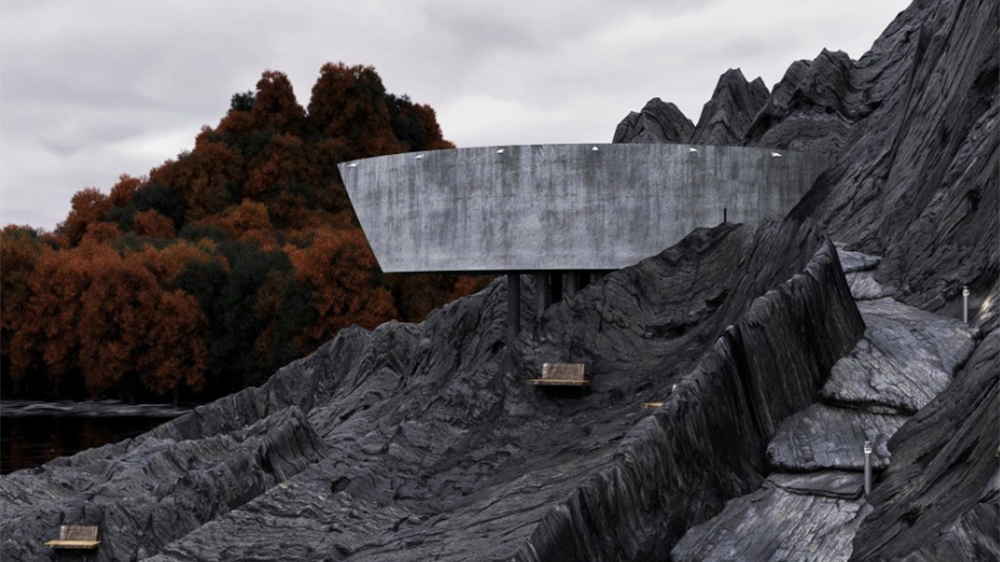 As every Avengers, Fast & Furious and James Bond film has taught us, supervillains are bad. That said, some of them have redeeming qualities—like impeccable taste in secret hideouts.

Architect Reza Mohtashami’s most recent concept, the aptly named Concrete House, isn’t meant to be an evil lair as far as we know, but it certainly wouldn’t look out of place in a summer blockbuster. The austere residence is a cliffside dwelling that somehow manages to look both sinister and beautiful at the same time.

No stranger to Brutalist-style buildings, Mohtashami’s latest design attempts to bring together the natural and unnatural. In a series of renders whipped up by the designer himself, the curved structure, which is made almost entirely of concrete, can be seen protruding out of a frightening rock surface. A significant portion of the dwelling juts out over the cliff’s edge, supported by a series of pillars. While it’s clear the building does not belong there, Mohtashami has also managed to design a home that fits naturally into the surroundings.

As spartan as the concept may look from afar, its interior is actually quite inviting. While there is a stripped-down vibe to the curved living area, there’s more than enough room for everything you could need, including a kitchen, bedroom and an entertainment area that offers a completely unobstructed view of the surrounding landscape. The large window is complemented by another that runs along the interior of the entire structure, flooding the space with natural light.