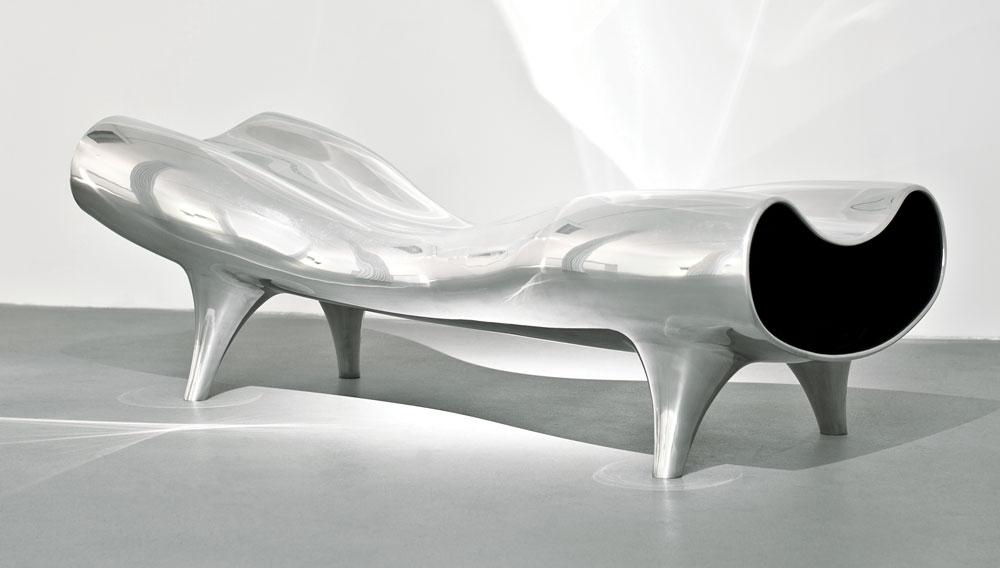 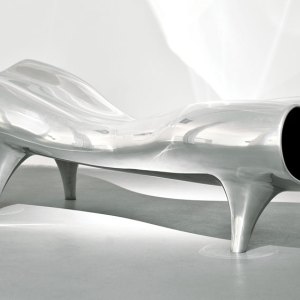 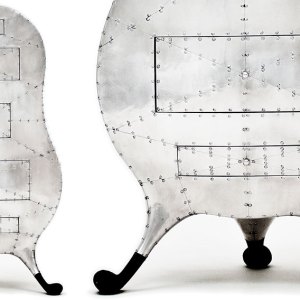 Marc Newson’s sinuously biomorphic style has made him a star of industrial design. One of his defining pieces—the Lockheed Lounge, a fiberglass-and-aluminum chaise longue shown in the Australian designer’s inaugural exhibition in 1986—sold in 2009 for more than $1.6 million at Phillips de Pury & Company in London, setting an auction record for a contemporary piece of furniture by a living artist, while another example of this design brought $2.1 million at a 2010 sale in New York by the same auction house. Now, Carpenters Workshop Gallery in Paris (+33.1.42.78.80.92, www.carpentersworkshopgallery.com) is offering two more of Newson’s early and most coveted works: the 1987 Pod of Drawers ($810,000) and the 1993 Orgone Stretch Lounge ($810,000). Both limited editions were displayed at September’s Biennale des Antiquaires, the fine and decorative arts fair in Paris. These pieces share the Lockheed Lounge’s hourglass shape and reflective aluminum exterior, though the Orgone also displays a hollow interior covered with high-sheen enamel.

This year has seen a number of significant developments for the London-based, 49-year-old designer. He not only was named a Commander of the Order of the British Empire by Queen Elizabeth II last December, but also is the subject of a recently released, career-spanning tome from Taschen. Marc Newson: Works, which is available as a 100-copy art edition ($6,000) and a 1,000-copy collector’s edition ($1,000), offers admirers yet another Newson to curl up with.