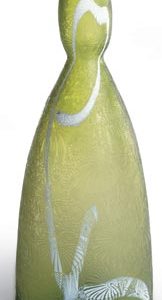 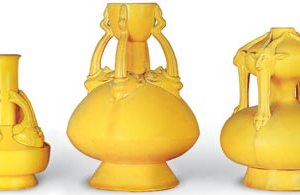 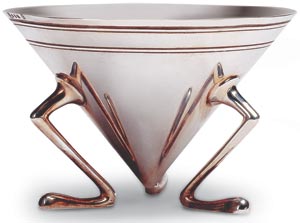 Nineteenth-century British designer Christopher Dresser worked against the grain of his more prominent Arts and Crafts contemporaries. Spurning conformance to the costly tradition of handcrafting, the design reformer embraced the industrial revolution by creating furniture, textiles, ceramics, and metalware that could be mass-produced and made available to all, regardless of social class. Dresser’s manufacturing techniques and pragmatic approach, which included the use of ornamentation only when it enhanced an object’s utility, foretold the production methods and design styles of the century to come.

The first complete retrospective of Dresser’s work, including the highly sculptural, richly glazed forms he produced for Linthorpe Art Pottery, as well as his creations for more than 70 other manufacturers, is on display through July 25 at Manhattan’s Smithsonian Cooper-Hewitt, National Design Museum (www.ndm.si.edu).

Inside a $9.4 Million Penthouse in One of the Miami’s Most Sought-After Buildings