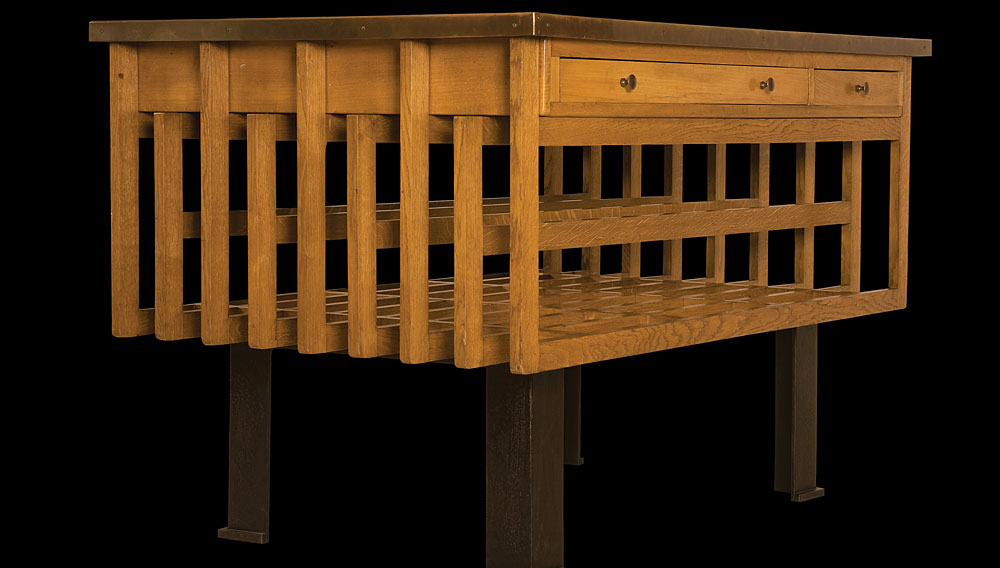 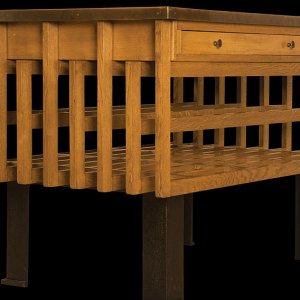 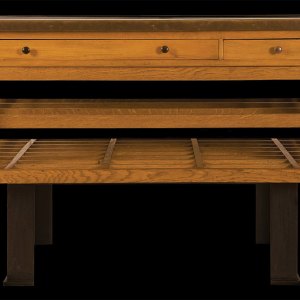 The 20th-Century French architect and designer Paul Dupré-Lafon created this circa-1935 architect’s desk for himself. Like many of his contemporaries, including Jean-Michel Frank and Eugene Printz, Dupré-Lafon favored exclusive materials—fine wood, Hermès leather, precious marble—employed with meticulous craftsmanship. The desk, which appeared in March at the European Fine Art Fair as a focal piece in a new section dedicated to 20th-century design, is made of oak and ash and features a black-leather top and blackened-iron feet. Rafael Ortiz, of the gallery L’Arc en Seine (www.arcenseine.com), says the design is completely unique. “We have never seen a similar one,” Ortiz says. “Because Dupré-Lafon made it for himself, he could give free rein to his imagination and create a functional object—he kept his architectural plans in the open spaces beneath the desktop—that is also a real sculpture.”