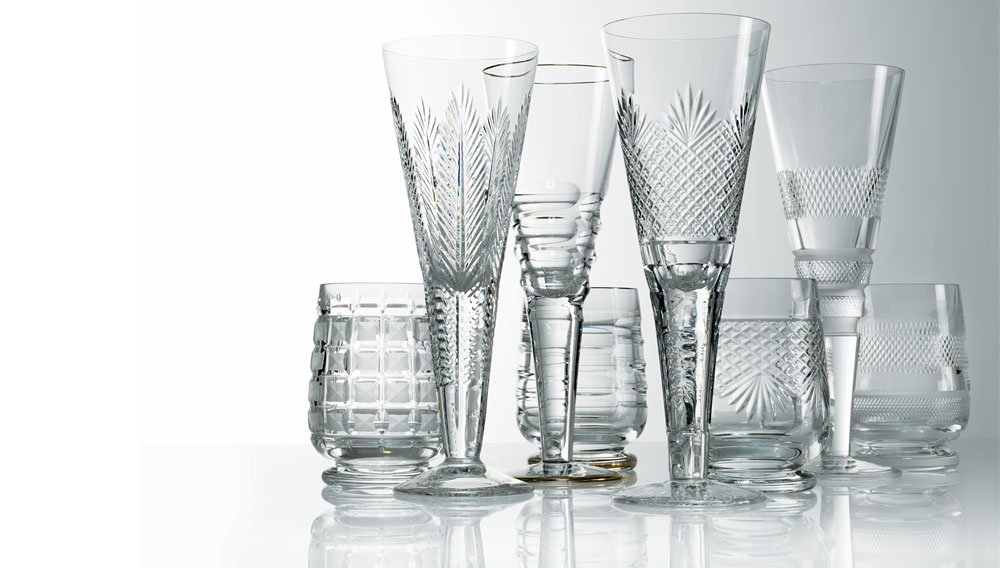 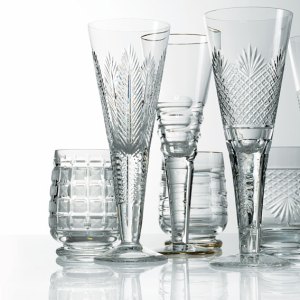 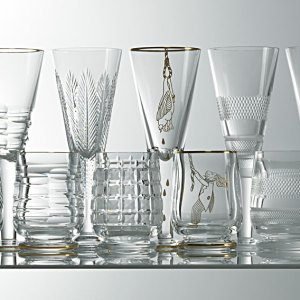 These beer glasses from Saint-Louis (www.saint-louis.com) recall the 425-year-old French manufacturer’s early-19th-century designs. Yet close inspection reveals that the Les Confidents series also represents a modern—even avant-garde—interpretation of the company’s traditional wares. The glasses explore not only the relationship between old and new, but also the interplay of softness and rigidity, as seen in the Le Gourmet pattern, which resembles the imprint of a hand against a smooth silhouette; and permanence and impermanence, as illustrated in Le Versatile’s engravings, which disappear mid-pattern. Each of the six 8.33-ounce flutes and six 11-ounce chopes ($440 and $330 apiece, respectively) is mouth-blown and hand-engraved. And each is said to require some 200 hours to create, though Charles-Henri Leroy, of Saint-Louis, eschews a time frame. “Our workers have no timetable,” he says. “They simply work on the piece until it reaches perfection.” For the imbiber, perfection is a Les Confidents glass filled with an ice-cold beer.