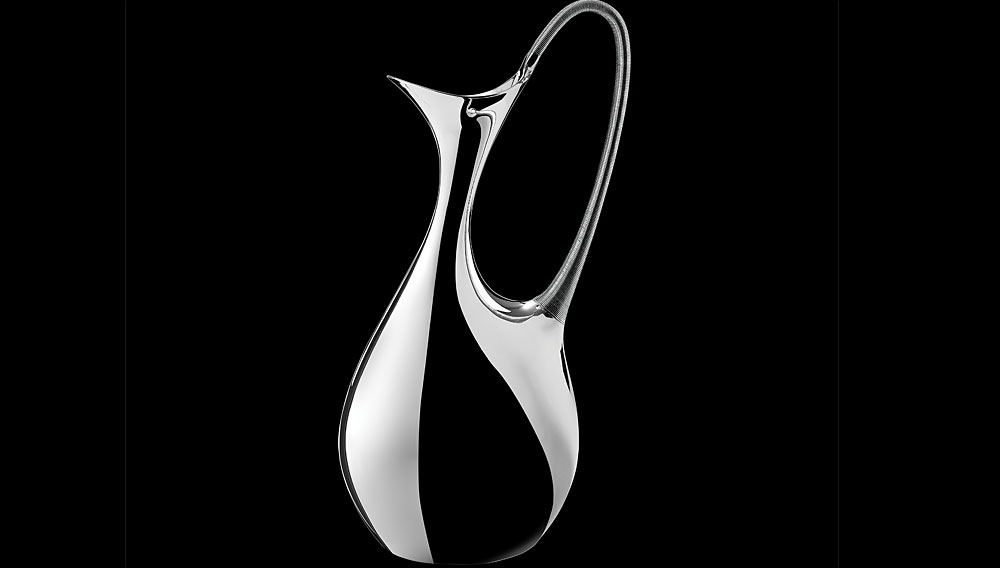 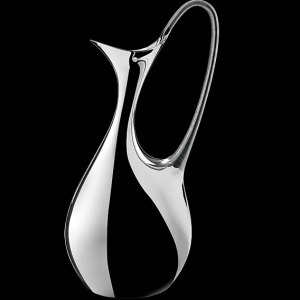 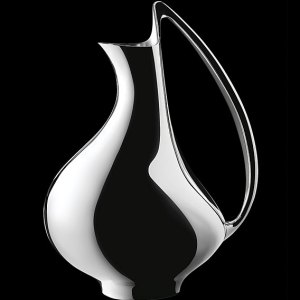 During the Nazi occupation of his native Denmark, Henning Koppel (1918–1981) fled to Sweden with his wife and daughter, whom he supported as an artist for hire. While in exile, he learned that his metalwork had captured the attention of Anders Holstrup-Pedersen, head of the jewelry department at Denmark’s renowned Georg Jensen Silversmithy. Koppel began designing for the company following his family’s return to Denmark after World War II. His early works included 1948’s pitcher no. 978—nicknamed “the Swan”—which displays the lack of ornamentation and curvilinear form that would make him famous. Today silversmiths at Georg Jensen (www.georgjensen.com) devote an average of 200 hours to the making of each slender-necked no. 978 ($42,950), the handle of which is wrapped by hand with silver thread. The pitcher is available through TableArt (www.tableartonline.com), as are two other specimens from Koppel’s flock, including no. 992 (above, $23,200), “the Pregnant Duck.”