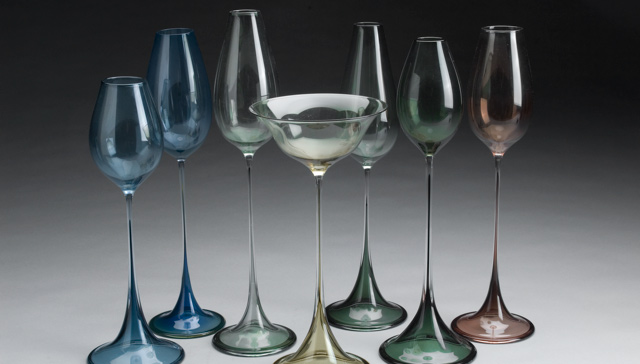 In Robb Report Home & Style’s September/October issue, which will be out later this month, the City Style section features hotels, restaurants, fashion houses, and shops in Stockholm, all of which are notable because they are well designed or because they offer exceptional designs. However, Sweden’s capital city offers far more in the realm of home and style than we were able to include in the magazine’s pages. So here we continue our guide to the best antiques shops, museums, and galleries that Stockholm has to offer.

Tulip vases by the Swedish artist Nils Landberg, a life-size cactus sculpture from the Italian duo Guido Drocco and Franco Mello, and cantilevered armchairs by the Finnish architect Alvar Aalto exist harmoniously at this 30-year-old gallery specializing in Scandinavian and international designs from the 20th century. +46.8.665.3350, jacksons.se

Scandinavian design predominates at this space, which specializes in 20th-century finds. In addition to furniture, ceramics, textiles, and art, the shop also carries vintage jewelry from Scandinavian designers. +46.8.20.80.25, www.modernity.se

Nature meets art and architecture at this Johan Nyrén–designed, privately owned museum sponsored by BabyBjörn founder Björn Jakobson. Opened last year in Värmdö, about 20 minutes from the capital city, Artipelag’s concrete structure merges with its forest surroundings by integrating natural rock, a plant-covered roof, and expansive windows that look out to the trees and the Baltic Sea. +46.8.570.130.00, www.artipelag.se

Sweden’s most successful band now has its own museum. Opened in May between the city’s amusement park, Gröna Lund, and its Nordic Museum, on the small island of Djurgården, the quirky space houses a mix of memorabilia, costumes, and re-creations of the band’s dressing rooms and recording studios. +46.8.121.32860, www.abbathemuseum.com

A hip hangout for the art crowd, this six-story structure designed by Wingårdh Architects is sheathed with a brass facade and houses a gallery, a museum, a restaurant, residences, and commercial space. On the roof sits a re-creation of Sven-Harry’s 18th-century manor house, Ekholmsnäs, complete with one of the country’s largest private collections of Nordic art. +46.8.511.600.60, sven-harrys.se

Swedish contemporary art has had a strong presence at international art fairs in the past few years, while Stockholm’s own fair, Market, which was established in 2006 and takes place each February, highlights both established and emerging Swedish and Nordic galleries. Among the city’s best galleries for finding art year-round are Galleri Magnus Karlsson (+46.8.660.43.53), which is housed on the ground floor of the 18th-century Royal Swedish Academy of Fine Arts; Andréhn-Schiptjenko (+46.8.612.00.75), which represents emerging and mid-career contemporary artists; Galleri Charlotte Lund (+46.8.663.09.79), whose eponymous owner worked in the New York art world before establishing her own gallery in 1993; and Wetterling Gallery (+46.8.10.10.09), which has focused primarily on paintings since its opening in 1978.