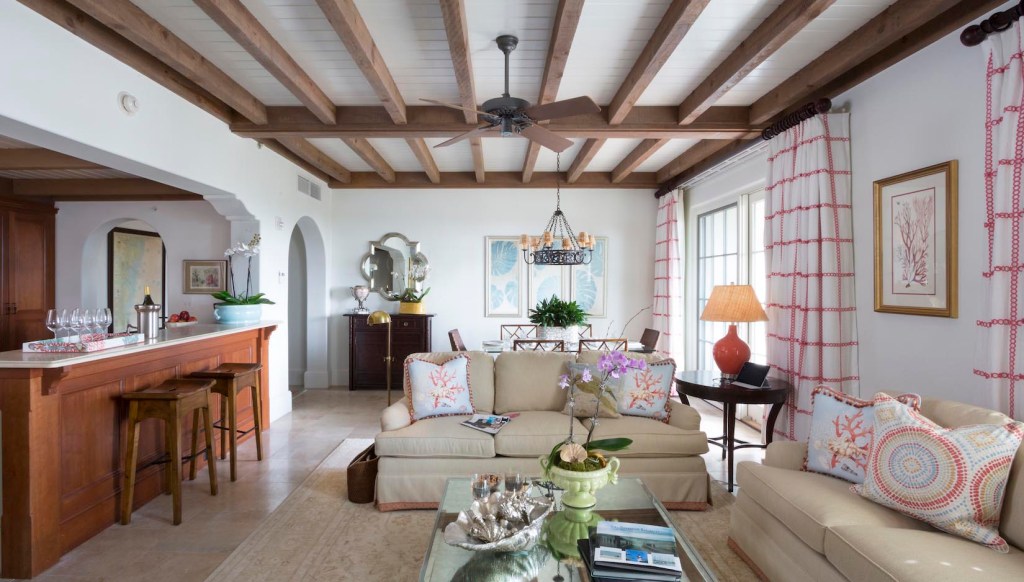 Sea Island, GA. (July 18, 2016) – The Cloister Ocean Residences has sold more than $10 million in prime real estate since last Fall. The oceanfront development, located on the exclusive Southern coastal resort of Sea Island, touts new upgrades and refurbishments as well as inclusion of the coveted Sea Island membership for its recent success.  The community is now 55% sold out.

Each of the 22 one-,two-and three-bedroom residences was refurbished this past Spring along with most of the public spaces as part of the property owner association’s ongoing commitment to maintain the property at the highest level. The new interiors are designed to lighten and brighten the residences in a seaside motif while retaining the elegance of the signature Addison Mizner Mediterranean design seen throughout Sea Island.  In addition, a new oceanfront infinity-edge pool pavilion was unveiled this year.  The residences are sold in deeded quarter-ownership with just 88 total owners having use of their residence each month, experiencing all the various seasons at Sea Island.

The Cloister Ocean Residences is one of many real estate opportunities at Sea Island, where sales continue to be strong and increasing in recent years.  So far in 2016, more than $80 million of sales have been made by Sea Island Properties.

The Cloister Ocean Residences, just south of the Sea Island Beach Club, are a short walk or bike ride to The Cloister, the Spa at Sea Island, the Fitness Center, and the Tennis Center, close to dining, pools, theater and children’s Meeting Place at Sea Island. The residences are sold in deeded quarter-ownership, providing 13 weeks of annual access— one week each month, each year.  The 22 fully furnished and equipped one-, two-and three-bedroom residences range from 1,104 to 3,102 square feet and sell for $375,000 to $1.1 million.

Sea Island Club membership, which is included in a purchase at The Cloister Ocean Residences, provides privileged access to all the amenities and activities Sea Island has to offer, including 54 holes of championship golf on the Seaside, Plantation and Retreat golf courses, access to the 65,000-square-foot Forbes Five-Star Spa at Sea Island and the Fitness Center, the Beach Club, five miles of private Sea Island beach and much more.  Sea Island is the only resort in the world to have received four Forbes Five-Star awards for eight consecutive years.  For more information about The Cloister Ocean Residences, call 912-634-4351 or visit cloisteroceanresidences.com.