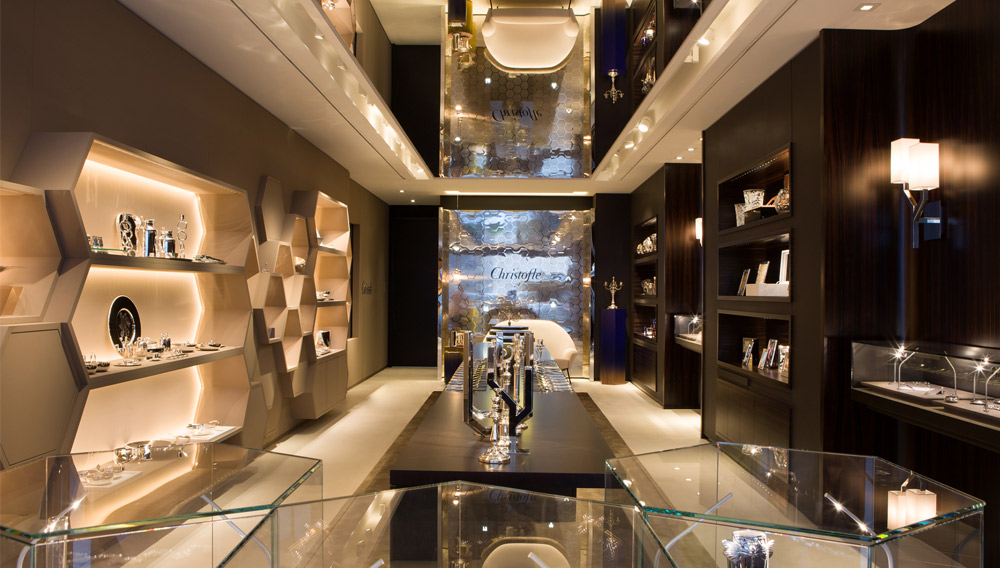 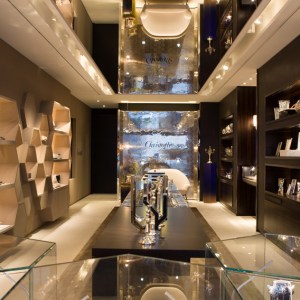 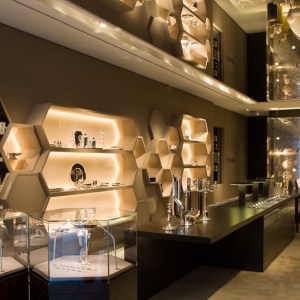 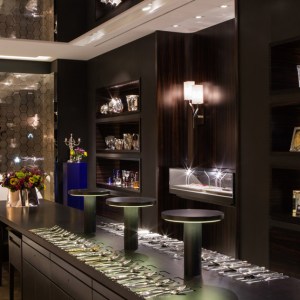 This fall, silversmith and tableware company Christofle has added a Beverly Hills showroom to its list of over 70 store locations around the globe. Though the French brand is steeped in nearly two centuries of tradition (it has crafted numerous collections for French royalty over the years including about 4,000 pieces for Napoleon III), the new 1,000-square-foot showroom boasts a contemporary exterior composed of perforated metal panels, while a mirrored ceiling inside calls to mind a scene from the 2010 film Inception, when Paris folds onto itself. The play with juxtaposition continues with soft beige walls contrasted by dark wood shelving and an Ora-ïto ebony communal table where customers can mix and match different flatware and tableware patterns. The West Coast flagship also is the only location to offer a limited-edition gold vermeil version of American artist Michele Oka Doner’s Palmaceae necklace ($4,995).

The Brighton Way location is Chistofle’s second Los Angeles showroom and joins the Melrose Place pop-up called Studio Christofle, which became a permanent addition in May and offers JF Chen antiques, such as a 19th-century Chinese wedding armoire, and furniture from Paris-based designer Marco Zanini in addition to its own silver pieces.