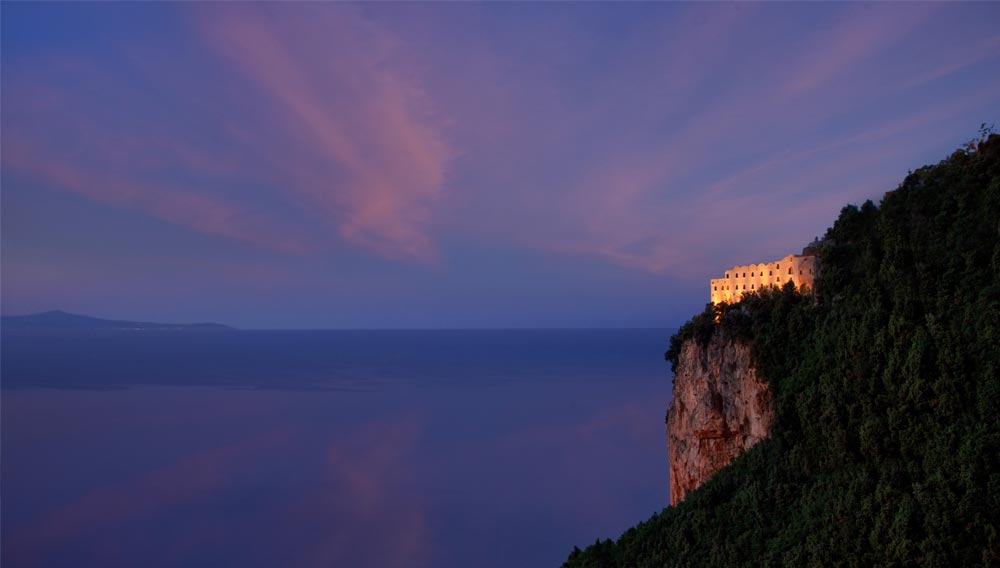 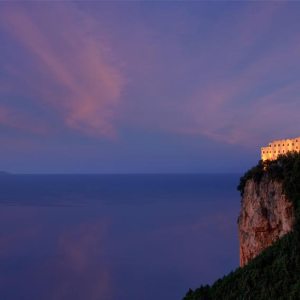 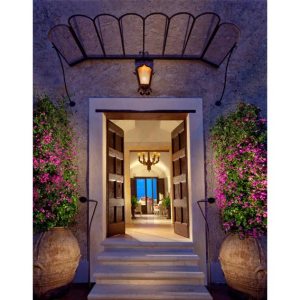 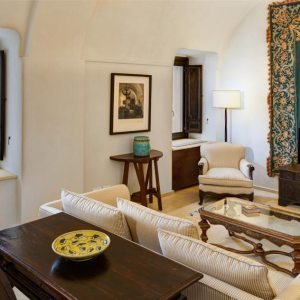 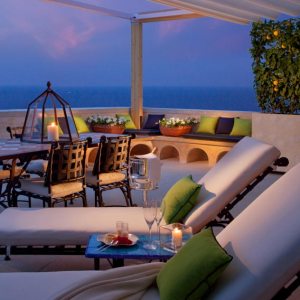 The transformation of Monastero Santa Rosa—a former monastery built in 1681 in the town of Conca dei Marini—into a resort worthy of this year’s Best of the Best honor took more than a decade. Here, we examine some of the property’s colorful history and its metamorphosis into a modern luxury resort.

Rooms with a View

Carefully planned by the nuns who called the hillside property home in the 17th and 18th centuries, Monastero’s L-shaped structure allows for every guest room in the hotel, which opened in May 2012, to have stunning Mediterranean Sea views. Over the years, the property has undergone a number of reinventions. In the early and mid-1900s, it was a charming seaside hotel frequented by Italy’s top movie stars; in the late 1900s, it was a private compound marred by neglect. By the time the current owner purchased the former monastery in 2001, it was completely overgrown, and hauling away the plants and debris took months.

Working with the local architect Francesco Avolio de Martino, the property’s current owner undertook the painstaking job of restoring Monastero to its original splendor. The team adhered to strict preservation guidelines: Windows were replaced and reframed, but not enlarged; exteriors were polished but otherwise unchanged; and the interior walls remained largely in place.

After dispensing with plans for 32 smaller rooms, the owner decided on a layout featuring just 20 spacious accommodations, each with a king-size bed with Pratesi linens, a generous bathroom with a rain shower, and an eclectic mix of decorative antiques and one-of-a-kind pieces sourced by the owner herself.

From the hotel’s restaurant and bar to its terraced gardens and spa, Monastero’s rich past has been meticulously preserved. In the reception area, grates from the monastery’s confessional have been repurposed as wall panels, and decorating the entrance is a rotating wooden cylinder once used by the nuns to conceal themselves as they sold homemade goods to the public. A new spa now occupies a former tepidarium, which once served as a winemaking facility for the nuns.