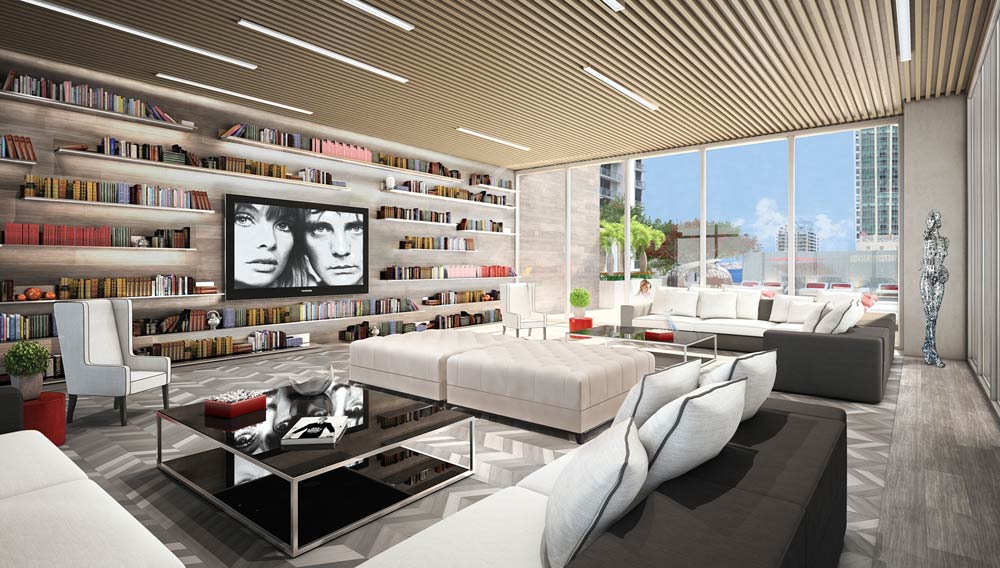 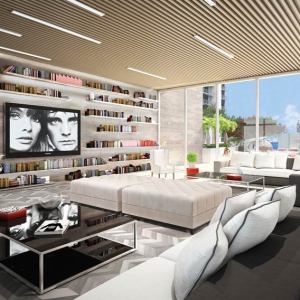 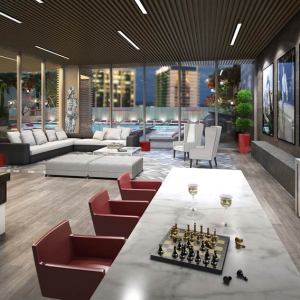 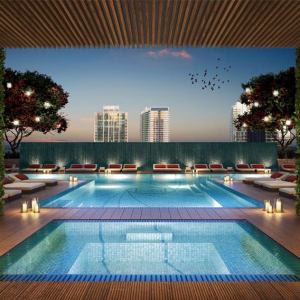 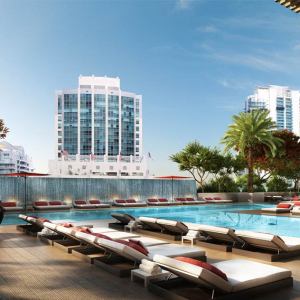 Miami’s latest condo project is not inspired by the sand, the sea, or even the skyline, but rather by Great Britain’s most famous fictional secret agent. Upon its completion in early 2016, the Bond tower will rise 44 stories above Miami’s Brickell Financial District, with 328 residential units ranging from studios to three-bedroom offerings, as well as lofts and duplexes. The residences will feature Italian-style kitchens and bathrooms and glass-walled balconies, while suede walls, tufted sofas, mid-century furniture, and contemporary art—all reminiscent of the Sean Connery–James Bond era of the 1950s and ’60—will distinguish the public spaces. Additionally, eight original photographs by the British photographer Terry O’Neill will be displayed in the building, including one of Bond girl Barbara Bach and another of Sean Connery seated in the Italian architect Gaetano Pesce’s Up 5 chair, a reproduction of which will be placed beneath the photograph.

Mexico City’s Loguer Design is responsible for the interior design of the building’s amenities, which will include a pool deck with private cabanas, a fitness center and spa, a library, a children’s learning center, and a great room with sitting area, wet bar, and kitchen for entertaining.

Pricing begins at $500,000. Construction will begin later this year.