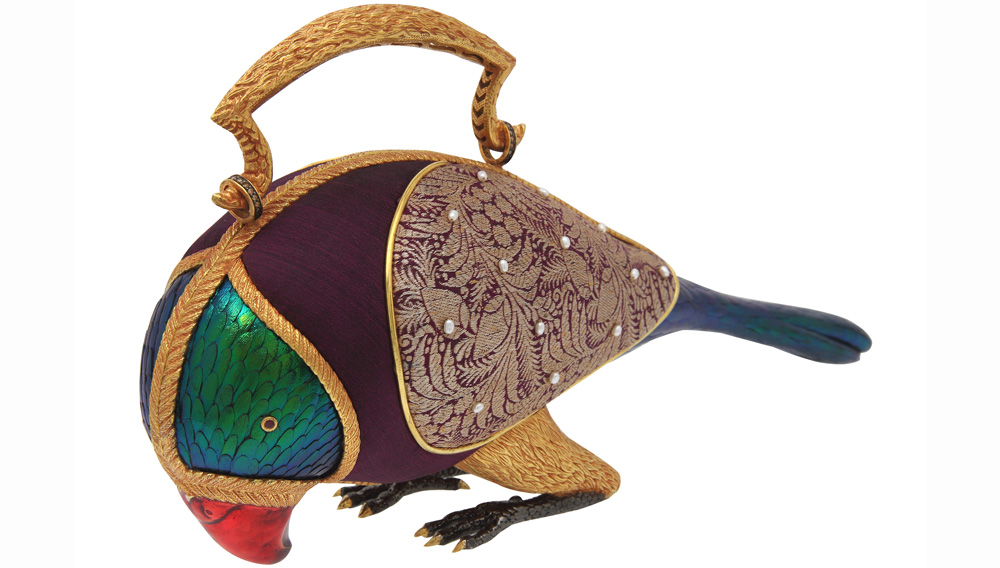 Even the most seasoned party host will confess to a case of preshow nerves, but the organizers of the premier, Paris-based design trade fair Maison & Objet (M&O) are as cool as ever on the eve of their American debut in Miami Beach this month. From May 12 to May 15, the Miami Beach Convention Center will present design du jour with an array of 300 international exhibitors presenting their latest luxury furnishings, accessories, and offerings for the home. This sojourn across the Atlantic, known as Maison & Objet Americas, extends the show’s influence into new territory in the same year that the fair celebrates its 20th anniversary. A recently launched Maison & Objet Asia edition in Singapore reinforces that global design perspective, as does the program of events.

The fair hosts an impressive schedule of panel presentations, an interior design and lifestyle summit with a roster of elite designers, and collaborations with Miami museums. Never one to shirk the spotlight, the city of Miami will be on cosmopolitan display with showrooms and galleries in the Design District turning up the wattage and enticing design enthusiasts to make stops around town.

As it is freshman year for M&O Miami, we asked Philippe Brocart, the managing director of Safi, which owns and operates the show, about what to expect, what he is excited about, and why sleep is likely not an option.

Why did you select Miami as the host city?

Miami is probably the only destination in the U.S. that can so easily attract visitors from both North and South American countries. Art, culture, architecture, and design are all clearly a part of the DNA of the city.

What makes Miami such an ideal design destination?

Property developers and hoteliers include art and design in their projects, and most of the well-recognized interior designers and architects have huge projects in the city. Design is absolutely everywhere in Miami and so many of the local communities have their own strong links to creativity.

To your eye, what are the distinct characteristics of American design?

Today we are seeing a new generation of designers emerging who are increasingly versatile and multidisciplinary. [They are] equally at home with such diversity of product, from designing for large corporations on a mass scale, to creating limited-edition and auction-house pieces using raw materials and local craftsmen. This new generation represents an exemplary balance between mass production and limited-edition craftsmanship.

Was there something special about this year to launch Maison & Objet Americas in Miami?

What can visitors expect to see at M&O Miami?

They will find the best from European, U.S., and Latin American designs. A huge majority of our exhibitors have never exhibited in the U.S.

What themes or design directions do you see emerging in the contemporary design marketplace?

Each region of the world brings their own unique value, and young designers are creating products using local materials in an effort to support and reinvent cultural heritage.