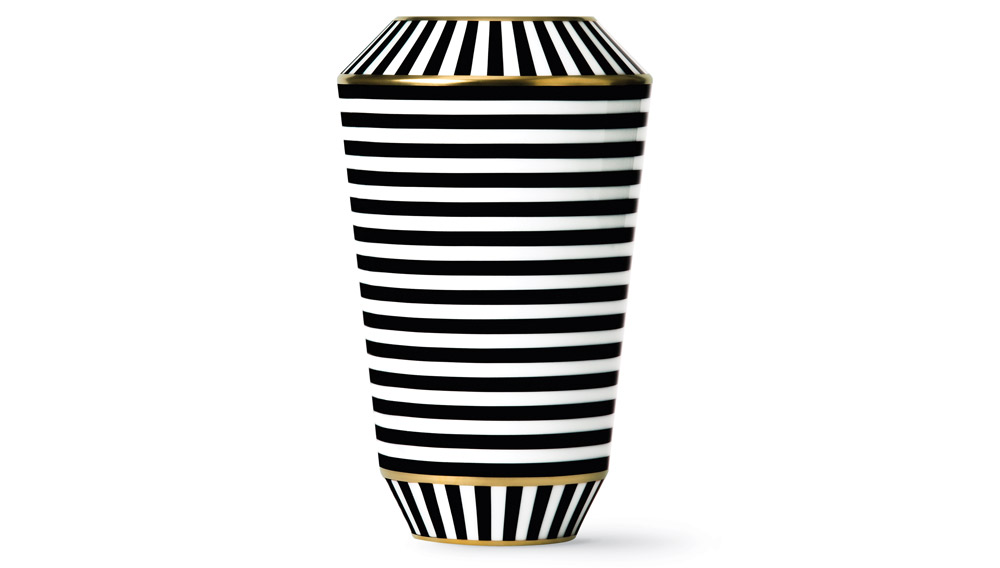 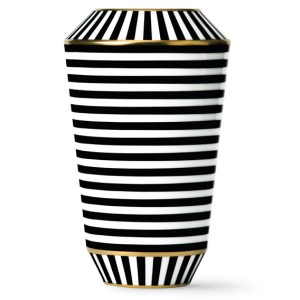 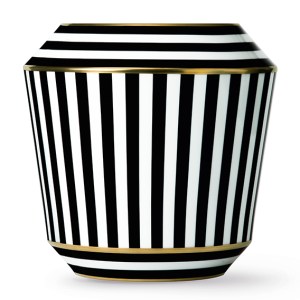 Christian and Michael Sieger are not color-shy. The brothers—stewards of the eponymous brand founded by their father in 1964—are known equally for their designs and their sartorial moxie.

Though Sieger’s fashion-accessories collection revels in the full spectrum of the rainbow, the latest pieces from its style-forward porcelain tableware line Sieger by Fürstenberg present high-contrast luxuries with graphic impact. The Luna vase collection, introduced in February, gets its name from its satellite-like shape, as CEO and designer Michael Sieger (see “Some Like It Haute”) has a soft spot for space travel. The black-and-white stripes with gold detailing call to mind the brand’s Ca’ d’Oro Champagne goblets ($258 apiece), which debuted last year.

Elder brother Christian, who is co-CEO and marketing director, recalls retailers balking at the notion of a Champagne vessel made of porcelain rather than glass and looking more like a tumbler than a flute. Those same retailers relented once the goblets proved to be best sellers. One in particular, Christian says, relayed a customer’s astute observation: Place the goblets on the flybridge of a yacht, and they will not tip over and shatter if you sail off at speed without warning.

Ultimately, Christian and his brother want to make tableware that people rely on day in and day out, not pieces that gather dust in a display cupboard. “None of us want to become slaves of our goods. We want people to have fun with it, enjoy it,” Christian says. “If you [have to] wash it all by hand, you stop using it.”

In early September in Paris, Sieger by Fürstenberg will unveil a new product. Christian remains vague—“I can’t tell you that much,” he says—but notes that the line promises to be a departure from other collections. “It’s an answer to today’s need to simplify your life and release you from the burden of too many items you need to have to celebrate breakfast and dinner,” he says. “It’s very exciting for us.” (+49.5426.9492.10, sieger-germany.com)