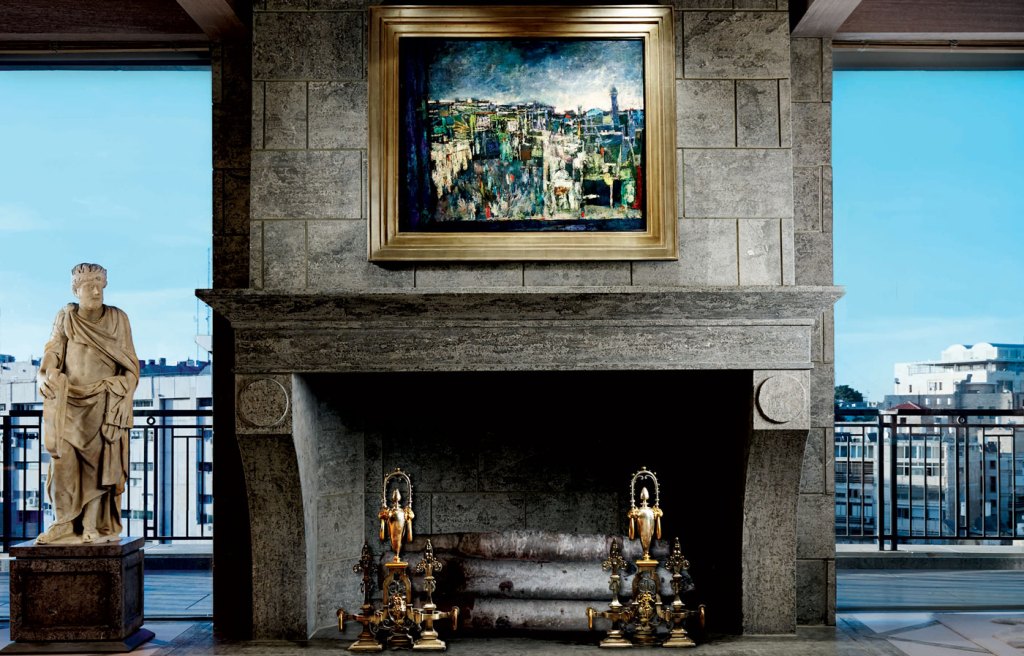 I am a modernist, constantly striving to express this moment in time,” says interior designer Geoffrey Bradfield, of the New York–based firm Bradfield & Tobin. “However, given the breathtaking view this penthouse enjoys of Jerusalem, . . . I wanted it to also relate to the city it literally floats above. It had to be both ancient and modern.”

The trick, according to Bradfield, was to decide what references from the city’s 3,000-year-plus history would satisfy the “ancient” in that equation, then balance those against the structure itself—a 25,000-square-foot modern penthouse inside a newly built tower that, along with the recently restored late-1920s building that was originally the Palace Hotel, now houses the Waldorf Astoria Jerusalem hotel and residences.

Working with the architect Don Goldstein, Bradfield and his team covered walls in irregularly stacked bluestone, which both evokes and contrasts with the limestone ashlar that defines the city’s architectural character. Guests who pass through the 85-foot-long corridor inside the entry encounter a Diego Giacometti étagère filled with Picasso ceramics at one end and a fireplace at the other, the latter of which displays Israeli painter Mordecai Ardon’s expressionistic take on Jerusalem.

IMG Requires Proof of Vaccine to Attend NYFW: The Shows at Spring Studios