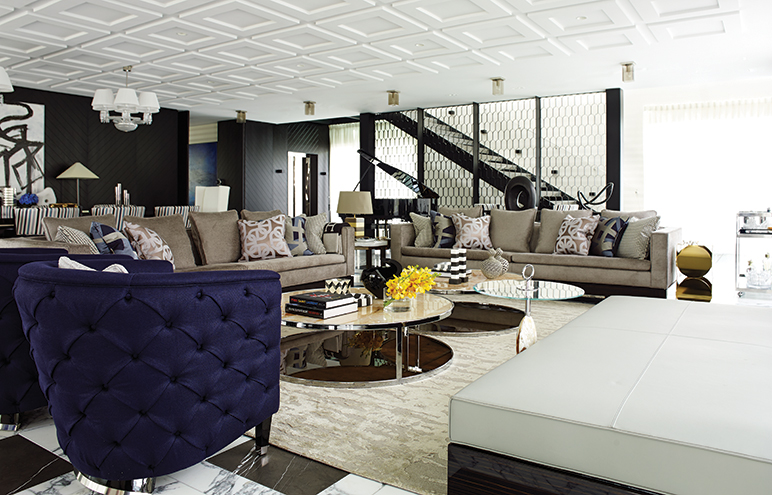 The owners of a traditional Queenslander in Brisbane, Australia, approached Sydney’s Greg Natale not only to remodel that house but to design the interiors of a newly built modern home on their estate. The couple wanted his signature style, an aesthetic maybe best described as part David Hicks bold graphics, part Kelly Wearstler luxe glam, all pulled together with a certain modern elegance. Natale—an interior designer known for wearing slim navy suits and crisp white shirts that evoke a fashionable Tom Ford–like aura—understood their vision for the property and how to achieve it. “The owners wanted a very full and layered interior,” says Natale. That was a fairly uncommon request in the sense that “Australians don’t tend to layer,” he notes.

The project was layered enough, in fact, to push the graphic-pattern-loving designer to create even more unexpected shape and movement at each turn. “We really upped the layering: Every floor, ceiling, and wall has a pattern,” Natale says. The new home (shown on these pages), a 10,000-square-footer with three stories and four bedrooms, does not have a single painted wall inside; all are covered with wallpaper or some kind of treatment. The effect, he says, is “a feeling of richness, cohesiveness, and a big wow factor.”