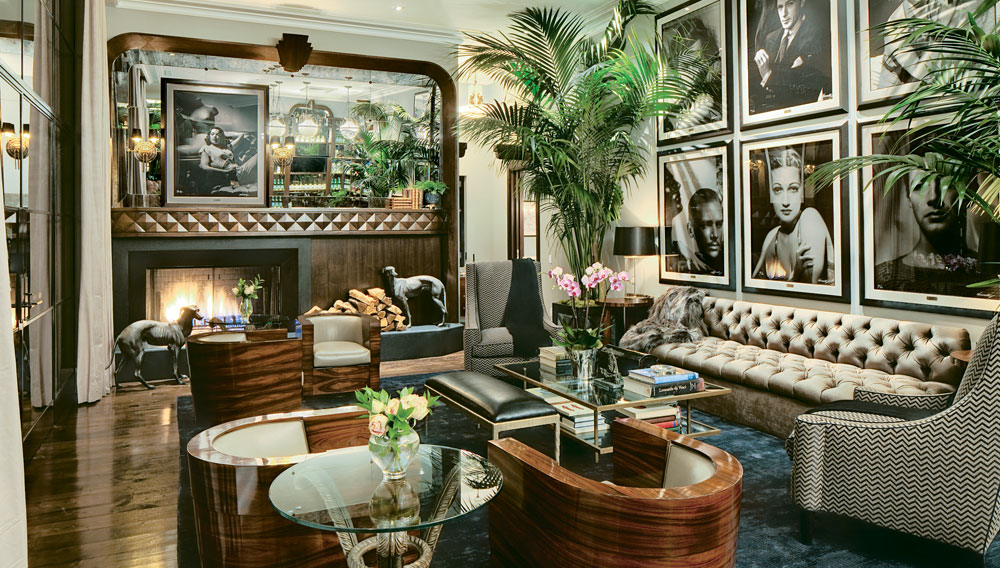 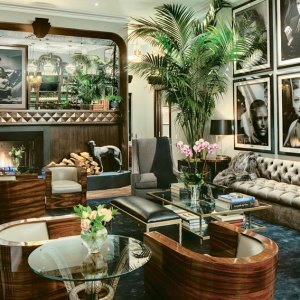 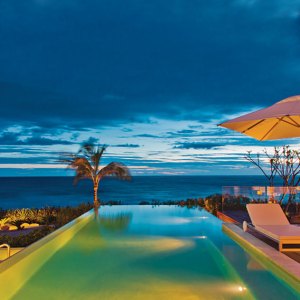 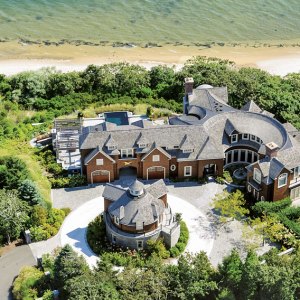 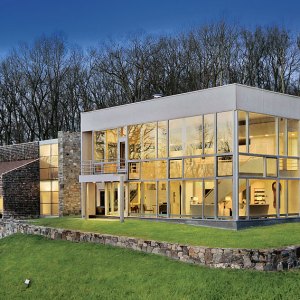 When the actor and self-taught designer Kristoffer Winters purchased a 5,000-square-foot home in west Los Angeles’s affluent Holmby Hills neighborhood in 2010, he envisioned for the property an Art Deco–influenced overhaul. With the help of architect Philip Vertoch, builder Gordon Gibson, and landscape designer Stephen Block, he transformed the original home—built in 1959 for the Stuart family, whose forebear founded the Carnation evaporated milk brand—into this 10,005-square-foot estate, which came on the market in December. The house is a mix of modern amenities and 1920s-era decor, with a La Cornue range and a Gaggenau refrigerator in the kitchen and antique light fixtures from a New York theater in one of the hallways. Contemporary furnishings from Ralph Lauren, Nancy Corzine, and Christian Liaigre complete the dramatic design. Winters will sell the home furnished or unfurnished, whichever suits the buyer’s vision.

SETTING: The 547-acre private island Eilean Aigas, on the River Beauly, about 11 miles from the city of Inverness

HOME: The 28,837-square-foot country house was built in 2007 of local sandstone, on a site first developed in the 1700s. Twenty-two fireplaces, 15-foot-high ceilings, intricate plasterwork, and mahogany doors are among the eight-bedroom home’s distinguishing features. A hunting lodge that dates to the 1700s is among the estate’s highlights

HOME: The 14,000-square-foot, glass-walled structure with five bedrooms took six years to build. The design by the architect Steve Hermann includes a Varena kitchen, Poliform closets, and an art gallery used by the owner to hold a car collection

Home: The three-bedroom, 4,400-square-foot penthouse in building three of the Tequesta Point development was designed by Javier Martin, the founder and principal designer for the Spanish furniture company Baltus. The home has a 50-foot-high glass-walled entry, a Bulthaup kitchen, and custom Baltus furnishings

HOME: Designed by the architect Richard Meier in 1972, the 6,700-square-foot house with four bedrooms was last updated in 2008. It offers such amenities as a media room, an infinity pool, two kitchens, and a gym, as well as Meier’s signature white walls, large panes of glass, and soaring ceilings

SETTING: Within La Punta Estates, a private community of oceanfront homes at the tip of the Punta Mita peninsula

SETTING: On Cape Cod’s elbow, about 90 miles southeast of Boston

HOME: The six-bedroom, 10,974-square-foot residence is by Cape Cod’s Nicholaeff

Architecture + Design, a firm known for building shingle-style homes. With this beachfront property, the architects have done it again, but on a grander scale. An 11-seat theater, a wine cave, trompe l’oeil ceilings, an outdoor area with a pool and fireplace, and a detached carriage house are among the selling points