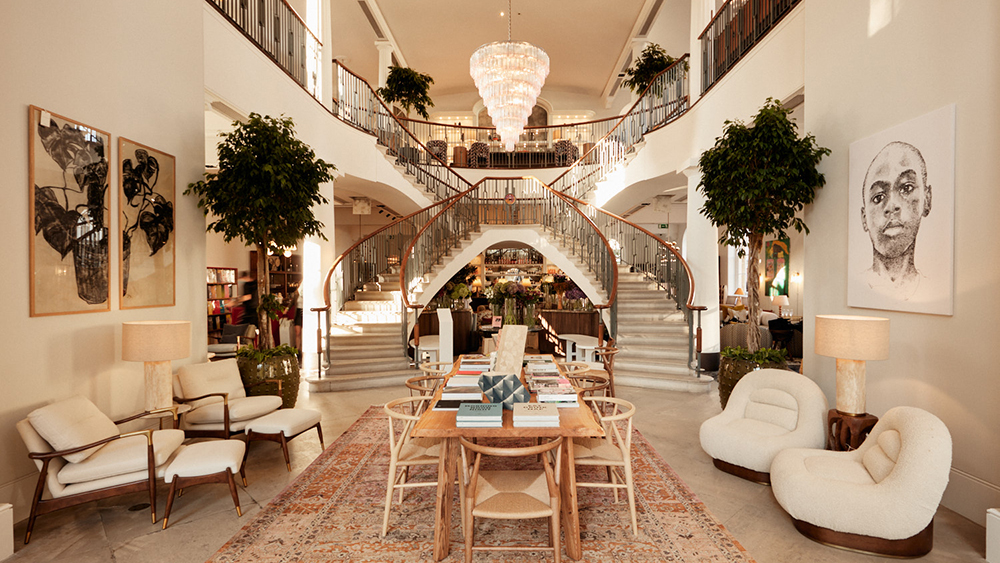 Soho House got into the online retail business back in 2016 with a three-month beta test, selling collections of coveted furnishings to members only. “Members were always asking Nick where we got things” for the houses, says Aalish Yorke-Long, managing director for Soho House Retail. Recognizing an opportunity for brand expansion when he saw one, founder and CEO Nick Jones decided it was time to start producing some items in-house.

Now Jones and Yorke-Long are translating that digital store to brick-and-mortar ones, beginning with the debut of a London flagship this past September and, in November, an outpost in Manhattan’s Meatpacking District, not far from the Soho House there. The aesthetic of each Soho Home Studio takes cues from the architecture of its building, be that classic or industrial, as in the New York space. The furnishings are “always contemporary in shape and always comfortable,” says Yorke-Long. And the spaces, much like the houses themselves, regardless of location, “are always textural and layered. There’s never just one rug; it’s always a pile.”

The New York store occupies 4,000 square feet and looks like the interior of a Soho House with seating arranged for conversation. Brooklyn’s Future Flowers sells fresh stems and advises on arrangements. At in-store events in London, a bartender mixes cocktails at the marble bar, so you can sample not only a drink but also the glassware it comes in, handblown in Slovenia and available for purchase. “We want to bring the theater of Soho House into people’s homes,” says Yorke-Long. The stores will also serve as showcases for member creatives from around the world to display their own brands. Inside the London store, for instance, Nigerian artist Tejumola Butler Adenuga handmade his lamps that are on offer there.

The Marena desk riffs on furniture from the Barcelona Soho House.  Courtesy of Soho House

Each store will host interactive workshops and events, such as wreath making. Expect to find furnishings that already populate various Soho Houses or collections inspired by them, such as the Marena cabinet (from the Barcelona location) and the Garrett armchairs as well as whole bedroom kits, from frame and mattress to linens and pillows.