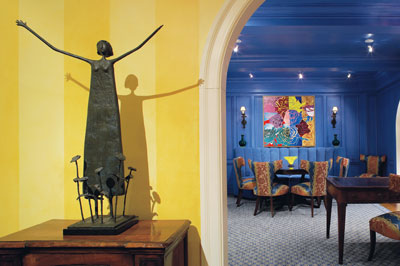 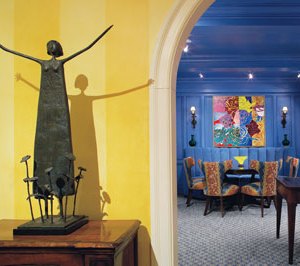 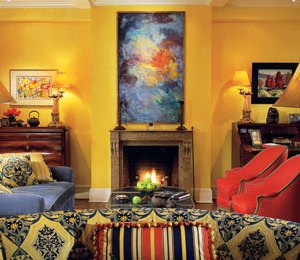 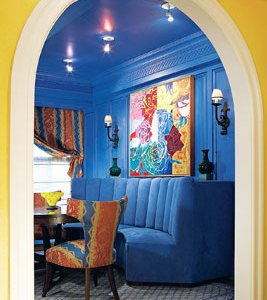 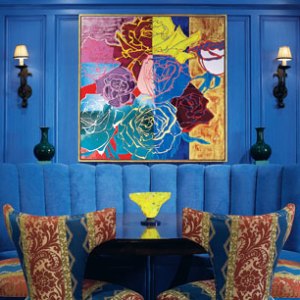 For new yorker Samuel Botero, designing an interior is like directing a motion picture. “You analyze a space as you would analyze a story, looking for its center, its soul,” Botero explains. The clients, he says, are the characters, the most important element in the production, and his role involves understanding, sometimes divining, their tastes and needs—their motivations, if you will. “And [then] you have all this talent that has to be managed: painters, upholsterers, and furniture makers,” adds Botero, noting that those artisans with artists’ temperaments might require reassurances as well as instructions.

When Loretta McCarthy commissioned Botero to design the interiors of her apartment in a landmark Upper East Side building in Manhattan, he began by considering the space itself. “Most important was to open everything up,” he says, “to give it flow, proportion, and air.” He expanded the living room by incorporating a small study into the space and added archways to connect the common areas.

When Loretta McCarthy commissioned Botero to design the interiors of her apartment in a landmark Upper East Side building in Manhattan, he began by considering the space itself. “Most important was to open everything up,” he says, “to give it flow, proportion, and air.” He expanded the living room by incorporating a small study into the space and added archways to connect the common areas.

Then came the design. His use of the full color spectrum is a signature element for Botero, a graduate of Pratt Institute in New York, who founded Samuel Botero Associates in 1977. And McCarthy wanted a lot of color in her apartment. “Sam knew I had an appetite for color, but never would I have thought to have a periwinkle blue dining room,” she says. “Although his solutions were sometimes surprising, even challenging, he knew they were in the realm of possibility.” Botero considers it his professional responsibility to challenge his clients so that they can extend their aesthetic borders and expand their comfort zones—for their benefit, not his.

The concept of color compounding color might seem counterintuitive, but Botero’s designs prove otherwise. “Nature is the best teacher of color,” says the designer, who at age 13 moved to New York from Colombia, where he had an early education in vivid tropical hues, complements, and contrasts. In the dining room the periwinkle-hued walls showcase a painting of roses—which McCarthy acquired a number of years ago—by New York artist Robert Kushner. A predominantly red, abstract painting by Santa Fe artist Hal Larsen blazes against the buttercup yellow walls in the living room. “My previous apartment had neutral walls,” says McCarthy, “and [there] the paintings seemed much less vibrant.”

Because McCarthy, a management consultant, entertains privately and professionally—including hosting board meetings for several charities that she chairs—she needed a multipurpose dining room. Botero designed a banquette to place along one wall and moved the dining table from the center to the side of the room to create space for bookshelves, a partners desk, and chairs. “Loretta feared the banquette would make the room feel too much like a restaurant, and she didn’t like it until the table was put in place,” Botero says. “It’s beautiful,” agrees McCarthy, “candles reflecting in the paneling and ceiling, the table expanded for 12 or 13. My dinner parties have never gone as late. But in the daytime it doesn’t feel too intimate for business.”

Botero incorporated much of McCarthy’s furniture from her previous apartment into the interiors, which surprised her. “Because Sam doesn’t have a set style and instead relies on color as a unifier, he is able to combine different pieces in different styles and make them work,” she says. “Sam was also very tactful in telling me what pieces I should dump. He would say, ‘I think that would go very well in your house in Arizona.’ Sam’s never been to my house in Arizona.”

However, Botero did have to shorten a large sofa so that it would fit in the living room, and he collaborated with Ruth Kintzer—a former member of his team who recently established her own company—on reupholstering some of the furniture. Botero praises Kintzer’s color sense to the sky (which, as a true colorist, he might describe as cerulean or azure).

From McCarthy, Botero receives a similar rave for his work on her home. “I feel a great sense of excitement and pride about it,” she says. “Every time I walk in the front door, I love it anew.”