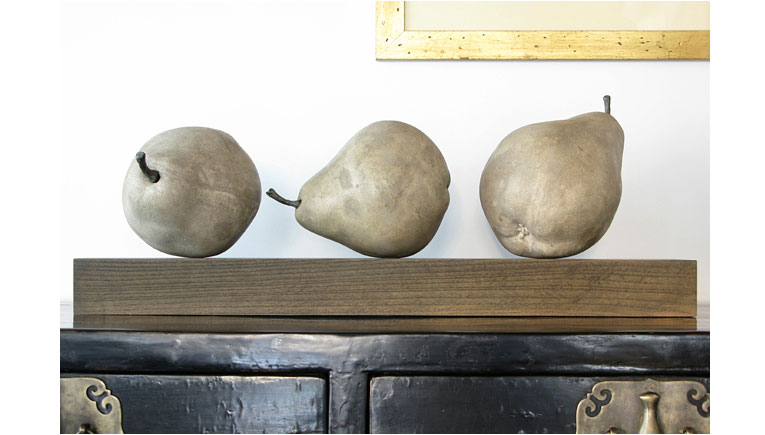 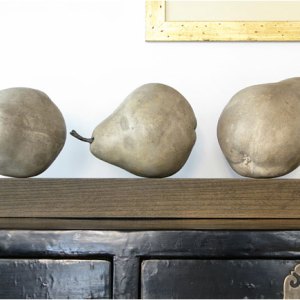 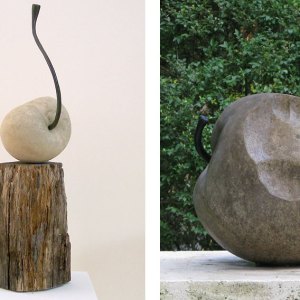 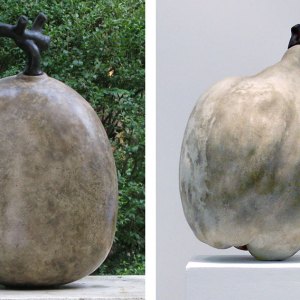 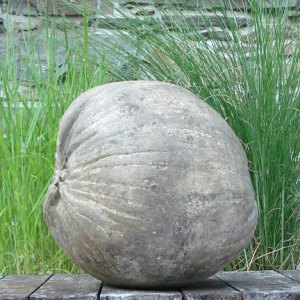 For years, Charles Johnson has worked on other people’s sculpture, primarily doing restoration for Barbara Israel, the country’s preeminent dealer in antique garden statuary, and for decorator Bunny Williams. He’s made everything from turn-of-the-century putti to an eight-foot urn sporting classical figures that look like they were never damaged. Now he’s breaking out on his own with indoor-outdoor creations that don’t resemble anything one associates with the genre. Instead of the classical drape of a toga or a stately stag, Johnson finds his inspiration in the world of fruits, nuts, and pods—very large ones. A cherry may be the size of a soccer ball, or a quince can be three feet tall.

Johnson trained at the New York Academy of Art, where he mainly produced works depicting human form. Today he’ll make anything a client wants in any size, though he says, “I wouldn’t choose to do something like a banana; it’s too obvious.” He prefers edibles that might take a moment to recognize because they are not literal pop interpretations à la Claes Oldenburg. Prices for his sculpture average between $3,500 and $7,500, though they can be much more expensive in larger sizes. Each one is a custom creation. (914.330.5525, www.cajohnson.biz)