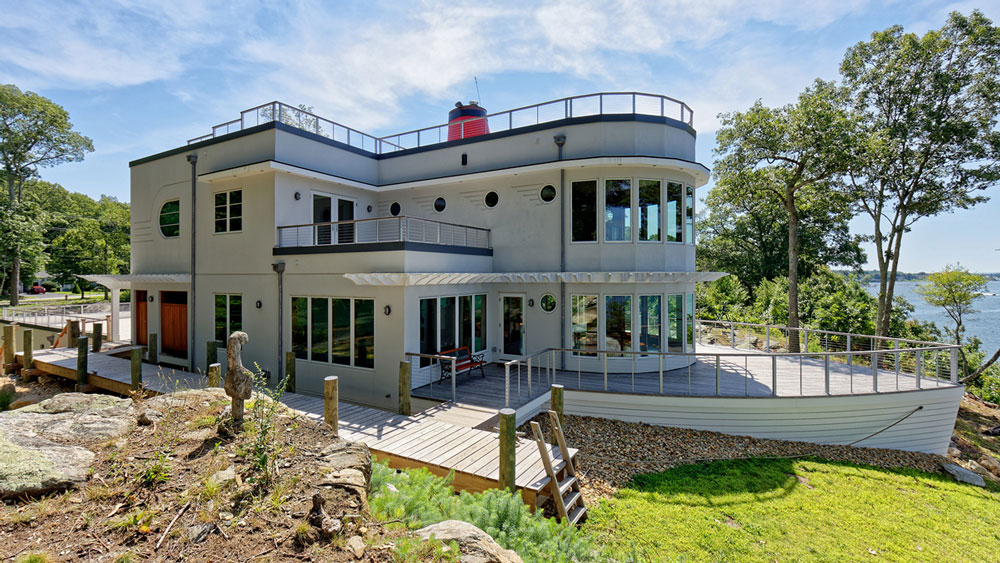 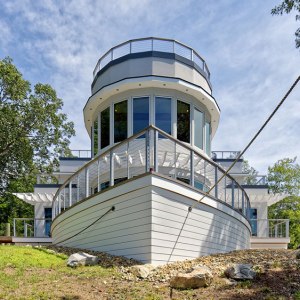 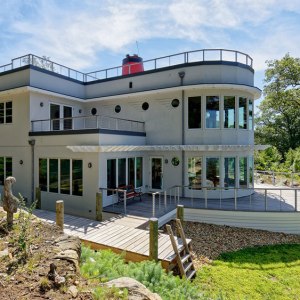 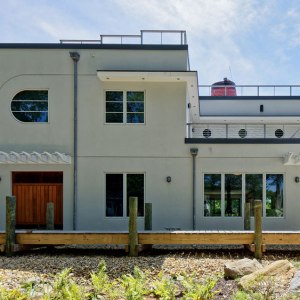 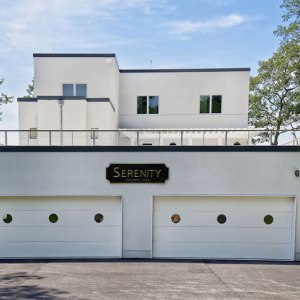 Set on a 60-foot bluff overlooking the Niantic River in Waterford, Conn., this unique home looks like it should be making about four knots on the Mississippi. Designed with far more than a passing resemblance to a steamship from the 1920s, this 4,400-square-foot house channels ships from years past thanks to a main room that looks like a wheelhouse, an adapted boat console that controls lights and horns, and Ipe decks (including one shaped like the bow of a ship).

And constructing the home—which was completed last year—wasn’t always smooth sailing. “Because the plan’s interior design was not completed by the original architect before he left the project, it was necessary to do a lot of research online, using pictures of steamships, luxury yachts, and early 20th-century cruise ships to develop an overall aesthetic that evoked a ship while still allowing the house to be a house,” explained general contractor Jonathan Laschever of Laschever Building Company.

The four-bedroom house shows off oak floors, arched fir beams, and Feeney DesignRail aluminum railings, with stainless-steel CableRail infill and custom wood railings on each of the three exterior decks. The curved main room comes with hardwood floors, a center fireplace, and windows that face the water, creating the sensation that residents are at sea. With just a bit of imagination, it’s easy to picture a jazz band and 1940s-era dancers throwing a party in the room. Circular windows add to the ship-like feel.

Dug into the bluff, the underground garage can be heated and cooled for humidity control. “The heated garage, which is larger than the footprint of the house [at 4,850 square feet], was the primary focus of the homeowner in the early stages of the design,” Laschever says. “It was designed to enable storage of his extensive motorcycle, car, and bicycle collection while also providing space for him to work on them. There is a car lift and a separate area just for the large bicycle collection.”

And even though you can’t actually take this chic beauty on the open seas, you don’t have to walk far to get to the water—the front deck is about 20 feet from the edge of the bluff, which overlooks the river.