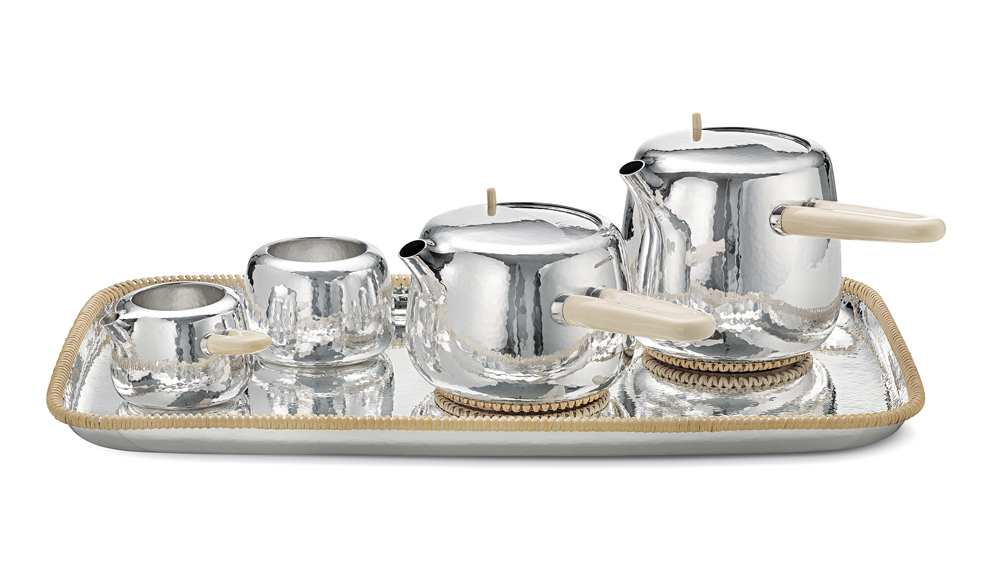 The Danish company Georg Jensen has long embraced collaboration. Some of the century-old silversmithing house’s most notable pieces of flatware and hollowware are the work of designers such as Harald Nielsen, Henning Koppel, and Sigvard Bernadotte, who not only were allowed to pursue their own visions but also were given their own brand signs with which to stamp their silver. With the Marc Newson tea service ($125,000), Georg Jensen keeps this venerable practice alive through a striking design for the 21st century.

The set’s five sterling-silver components—creamer, sugar bowl, teapot, coffeepot, and tray—represent a return to Newson’s roots: The renowned Australian industrial designer, whose work extends from furniture and bicycles to cars and yachts, trained as a silversmith. This is, interestingly enough, his first collaboration in silver. The design was 18 months in the making, and each limited-edition set (only 10 will be produced) takes three months for Georg Jensen’s artisans to complete.

“I find the design to be incredibly modern while still maintaining elements of our history,” says Georg Jensen’s CEO, David Chu, who approached Newson after working with him on an item for a charity auction at Sotheby’s in 2013. “The majority of our tea services have been very ornate and beautiful. This tea service is beautiful, but it makes you want to use it, and that was the objective I wanted to achieve.”