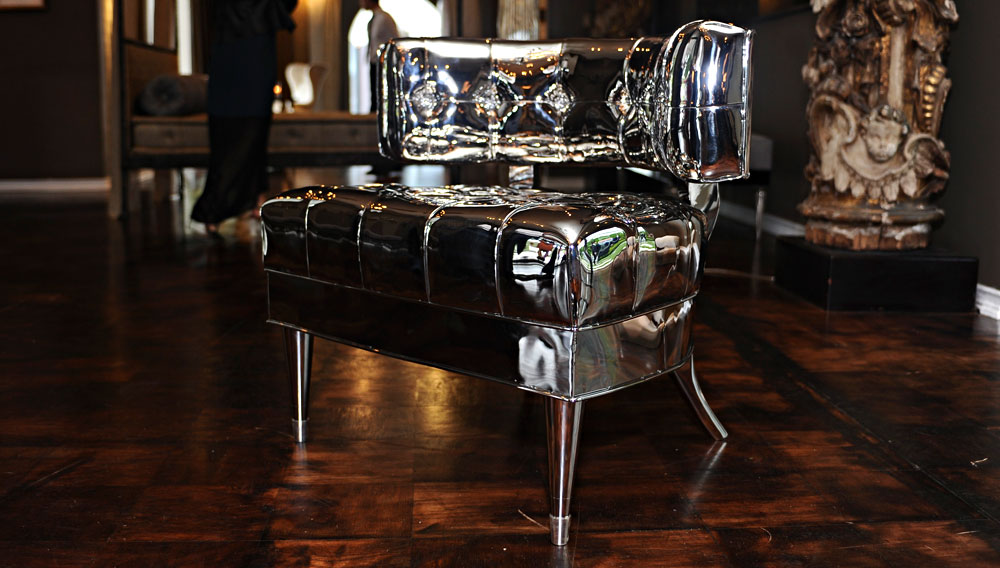 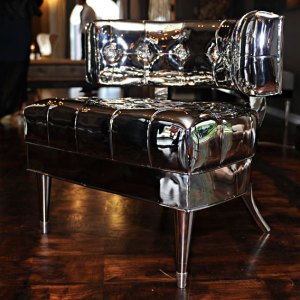 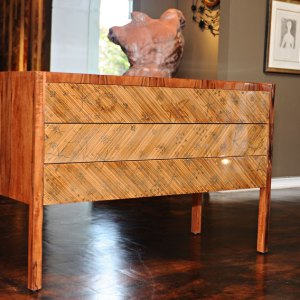 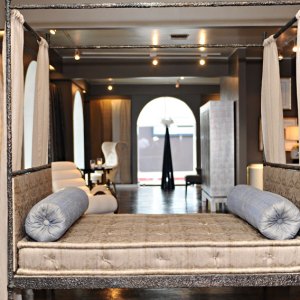 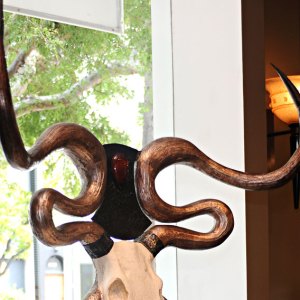 For French furniture company Jean de Merry, this year is all about 10: the firm enlisted 10 guest designers to collaborate on 10 limited-edition pieces for a charity project called the JDM-TEN. The project celebrates Jean de Merry’s 10th anniversary and features designs from artist Joel Morrison, model Karolina Kurkova, and actress Katherine Heigl, among others, and the company will donate 100 percent of the net proceeds to the charity of the designers’ choice.

By bringing in people from different areas of the creative world, company founders Jean de Merry and Christian D. Maroselli intended to infuse fresh ideas into the brand after a decade of producing its clean, modern, Deco-inspired furniture line. The guest designers worked with Jean de Merry craftsmen for several months to create the project’s 10 offerings, which include a whimsical floor lamp with a walnut wood base, Swarovski crystals, and a leaf-and-bark shade; a metallic chair with a metal frame and polished nickel finish; and a solid bronze daybed.

Each JDM-TEN design is limited to 10 pieces and is made to order. The furnishings—which range in price from $14,000 to $35,000—will be on display and available for purchase through September 2 at Jean de Merry’s Los Angeles showroom. (Each piece on display is number 1 of 10.) Acquisitions also can be made at the company’s New York store and other showrooms worldwide. (www.jeandemerry.com)