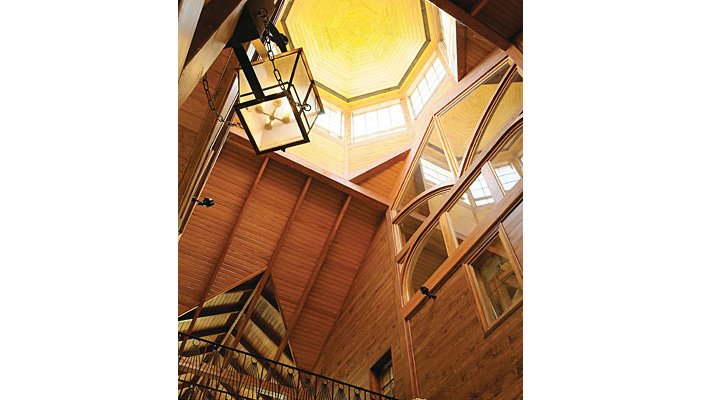 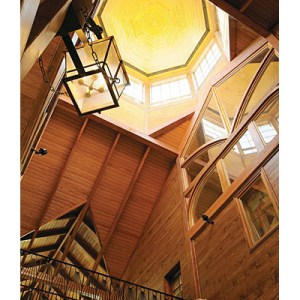 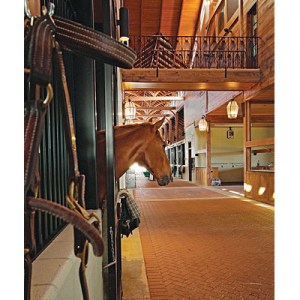 For this family—two lawyers and their children—thousands of acres of private land north of Jackson, Miss., held endless possibilities. Among those that have been realized is Providence Hill Farm, a full-service equestrian operation on their land that offers boarding, training, and riding lessons. The facilities include a 36-stall stable, a European walking pen, paddocks, a main arena, a covered arena, and three warm-up arenas. But because the family’s sporting pursuits are not limited to the equestrian kind, their property also contains a 160-acre man-made lake for waterskiing, four smaller lakes (each for a different kind of fishing), and a sporting-clays range. “It’s an entire weekend sporting compound,” says architect Sam Coker, who designed the horse ranch. “It feels a lot like a state park.”

The horse barn is a 20,000-square-foot building housing four grooming stalls, two wash stalls, a tack room, an office, a lounge with a fireplace, and, on the upper level, a pair of 2,000-square-foot apartments for caretakers. The homeowners, who are in the process of building a house elsewhere on the property, currently live in the apartments.

“We flew to Kentucky and toured at least a half-dozen barns there to get inspiration,” explains Coker. “What we ended up with is an interpretation of old French- and English-style barns, with lots of beams and stonework.” Kentucky limestone, fir beams, and a pine ceiling lend the building a rustic appearance.

“The challenge was to create a beautiful space that was also practical,” says interior designer Mary Ann Petro. “The space isn’t just for seasoned riders, but for children, horses, dogs, and lots of muddy feet.” Muddy feet are more welcome downstairs than they are upstairs in the apartments, which Petro decorated with custom Stark carpets, Scalamandré pheasant-patterned curtains, leather chairs and sofas, and antiques acquired from shops in Atlanta, New York, and New Orleans. The apartments’ horse-themed furnishings include 18th-century boot chairs—so named because they were designed to serve as seats while riders removed or put on their footwear—19th-century gold horseshoe chandeliers from France, and, in one of the apartments, a mid-19th-century oil painting of a horse, which was purchased in Paris. One of the wife’s favorite pieces is an antique sugar mill from Kentucky, where she spent her childhood riding horses.

Coker notes that the barn is no less comfortable for those who occupy the downstairs lodgings. “Even the horses have it good here,” he says. “Where most stalls are 9 feet by 9 feet, theirs are 12 feet by 14 feet.”