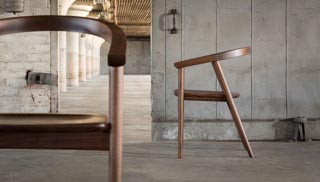 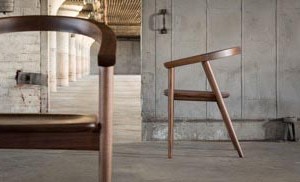 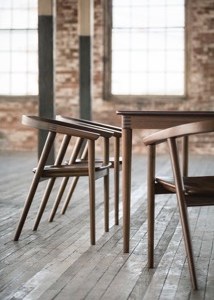 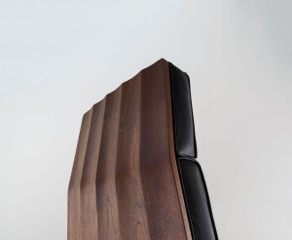 Founded in 1950 by former MoMA curator Edgar Kaufmann, Jr. together with modern design pioneers Charles and Ray Eames, Russel Wright, George Nelson and Eero Saarinen, GOOD DESIGN, the world’s oldest awards program recognizing design excellence, is organized annually by The Chicago Athenaeum Museum of Architecture and Design in cooperation with the European Centre for Architecture, Art, Design and Urban Studies. In 2015, the Museum received submissions from several thousand leading manufacturers and industrial and graphic design firms from around the world.

“To be recognized for design excellence among the world’s most visionary companies is an honor.” says Tom Moser, founder of Thos. Moser. “It’s a true testament to our team’s collective talent, dedication and remarkable craftsmanship.”

Released in 2014, the Cumberland Chair, designed by Thos. Moser’s former Director of Design Adam Rogers, embodies the Handmade American Furniture company’s enduring commitment to simplicity. Though inspired by Danish Modern forms, the Cumberland Dining Chair has its own perspective and is a uniquely artistic interpretation of its historical antecedents. Atop the turned tapered legs sits the continuous arm and crest rail. This element is the sum of three pieces, a single solid wood steam bending at the back, joined with the collection’s hallmark visible finger joint to the arms. Made in both cherry and walnut, the chair is now available with a Rush Seat—made of fiber rush available in various materials woven around a wooden frame to create a strong, lightweight and more flexible seat. The Cumberland Dining Table previously won an Interior Design Best of Year 2014 award.

The 2015 Cooper Chair, a collaboration between Thos. Moser and industrial designer Brian Kane of Kane Studio Design SF, is inspired by the centuries-old art of barrel making by manipulating individual pieces of steam-bent wood. The name Cooper, which is a person who makes or repairs wooden casks or barrels, is reminiscent of Kane’s longstanding connection to Napa, his second home. The Cooper Chair is the first of its kind for the company and represents Thos. Moser’s commitment to the business and home office markets. Made in both high and low back options, the chair can also be purchased with or without arms and casters. Kane’s designs, which he has created for national and international firms, have won more than 80 awards and have been exhibited in New York and San Francisco museums.